previous
Kingdom Hearts III development is now complete, watch the extended "Together" trailer
random
next
Metro Exodus gets a Collector's Edition with a nifty statue
0 comments

Amazon Japan has a special super limited box set with 63 Super Smash Bros. amiibo that includes a poster and pre-orders begin on December 7 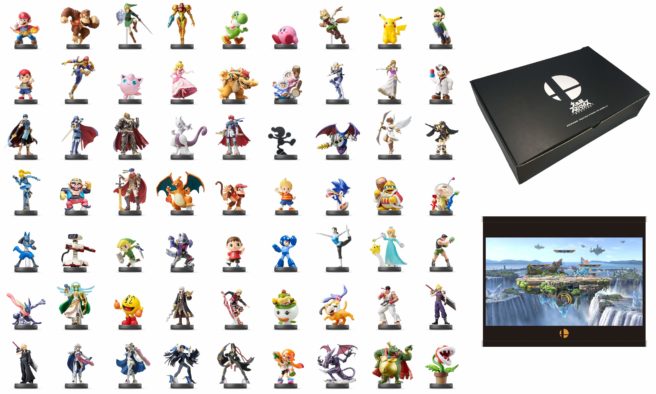 With Super Smash Bros. Ultimate arriving in a few weeks, Amazon Japan has a lovely box set for amiibo collectors.

Amazon Japan has a box set that includes 63 amiibo (including the Piranha plant one due later). This set will go up for pre-order on December 7 and should ship around Feburary. This is limited to 50 units according to Nintendo Everything. Pray for Adam’s wallet basically. Super Smash Bros. Ultimate also got a new trailer which you can watch below: