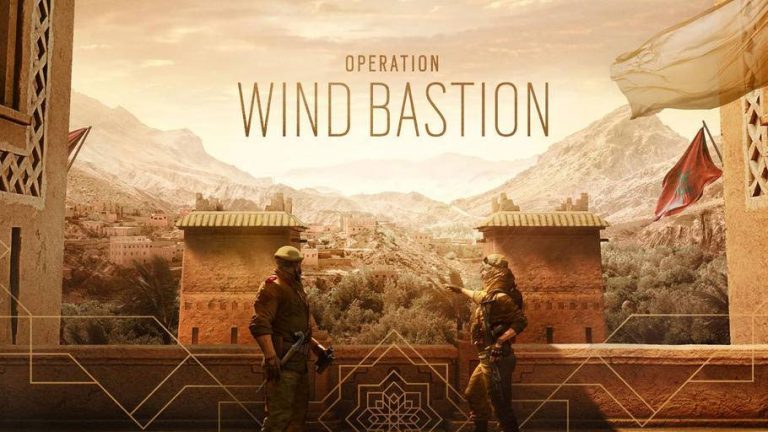 Ubisoft has today announced that Operation Wind Bastion, the fourth and last season of Year 3 is now live for Rainbow Six Siege.

For players who own the Year 3 Season pass, Operators Nomad and Kaid are available to play with now while other players will have to wait until 11 December to unlock them using Renown or the ingame currency, R6 Credits. The new map Fortress is available for all players and currently has its own playlist.

Details included in the update are as follows:

In addition, players will discover the Moroccan mountains in the new Fortress map, which functions as both a military training facility and Kaid’s home. Inspired by the iconic architecture from the southern region of Morocco, Fortress features solid rotation between floors, an accessible roof, and many dangerous lines of sight and flanking routes.

The update also includes some wider game changes which are as follows:

With Operation Wind Bastion, players can now acquire a matching BDU and Headgear to deck out a specific Operator from head to toe in support of their favourite Pro League team.

Tom Clancy’s Rainbow Six Siege has partnered with eleven Pro League teams to introduce revenue sharing as a model to fund the Six Invitational prize pool and to encourage the stability and growth of the Pro League scene: 30 percent of the revenue from Pro Team BDU and Headgear sales will go to the organisations that are a part of the programme.

You can watch some details on the new Operators below:

Likes to shoot stuff and wear pretty shoes. Is a BEAST at Titanfall.
MORE LIKE THIS
Rainbow Six SiegeUbisoft