Destiny 2: Why Niobe Labs is a grind too far 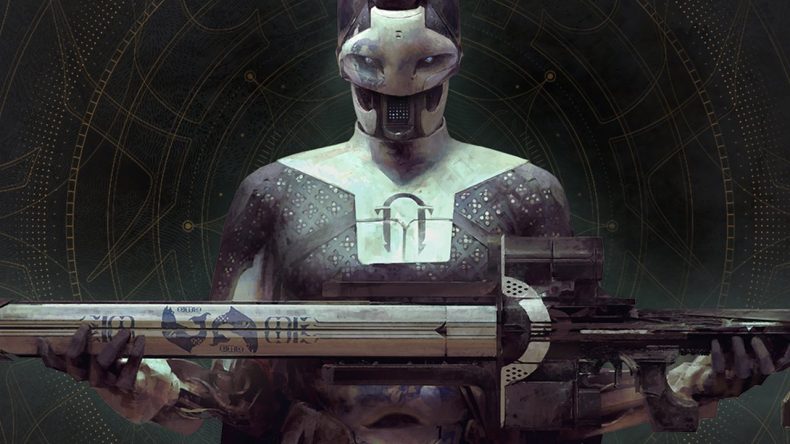 Well, it’s been a while hasn’t it? But we’re back again now having vanquished Christmas and defeated New Year with a more or less informed and semi-intelligent opinion on Destiny 2‘s Black Armory content. But – and here’s the important question – has the content been worth talking about? In a word, yes – but not for all the right reasons.

I say “content”, of course, because calling it an “expansion” isn’t really accurate. It’s more just a series of long-ass checkbox quests with 4 versions of a new event and one damned infuriating puzzle. At the time of writing it’s 16 hours from the unveiling of the Niobe Labs, the gateway to the 4th and final Lost Forge, and the community is still trying to beat the puzzle that unlocks the actual event.

For context, the Lost Forges are group events that see you charging up Black Armory weapon frames with menial tasks before hurling radiant batteries dropped from glowing enemies into a big melting pot in the middle of a small map. That’s nutshelling, obviously, but that’s the gist. As Destiny 2 events go, the Forges are quite fun. They offered a decent level of challenge initially, but once your Guardian hits around 620 Power they become way easier. At 650, they’re a doddle. While many thought the final Forge would be the mysterious Niobe Labs where Black Armory vendor Ada-1 was first created (she’s an Exo, see?), it turns out that in actual fact the 4th Forge will be the Bergusia Forge, an area at this moment fenced off by a ridiculously convoluted puzzle in the Labs.

By peering through the scopes of the three main Black Armory weapons (the Bow, Sniper Rifle and Light Machine Gun) players can find hidden clues scrawled around the Labs. Since the event went live, fireteams all over the world have been working feverishly to solve the puzzle, but after 16 hours have only reached stage 6 of a thus far undisclosed number of stages. When the first fireteam beats it, the 4th Forge will unlock for everyone. Until then, you need to jump in and start working it out or sit on the sidelines and wait.

I have a problem with this. Firstly, let me say that it’s a great piece of content in of itself. As an optional puzzle, or an Exotic Weapon quest, it would be fine. But I get to play games for a few hours a day most days. I spent two hours doing what I could in Niobe Labs without my fireteam (who weren’t available to play with at the time) but I got nowhere. Then I had to go do real life stuff, then eat, sleep, go to work. If the puzzle is solved before I get back on, the Forge will be unlocked for me. I could, Bungie tell me, go in and solve the puzzle myself if I want to, but it has been 16 hours of work for several thousand people to even get this far. Anyone I group with will have inevitably watched or learned the sequence to solve the puzzle, meaning the sense of accomplishment for me will always be out of reach. I can follow a bunch of instructions, but what’s the point? The puzzle, the mystery, the excitement, will fade the moment someone cracks the final stage.

This is not okay. This is pure streamer fuel. Twitch, YouTube, Twitter, Reddit, were all abuzz after the Tuesday Reset with people tackling the puzzle. But for a massive percentage of the player base, this meant waiting around for their next chance to play, or giving up after several hours of fruitless labour. I read that Bungie staff had started dropping subtle hints and cryptic clues after around a dozen hours. If you have to do that, as devs, then you have made the puzzle too hard. Simple. I will say again that I have no problem with the puzzle itself being in the game, but even I, as an avid D2 player with a thousand + hours between the two games, do not have a chance of unlocking this puzzle for myself before anyone else does. I’ve no place in the race, because I can’t sit for 20 hours with two other people to do it. This is not okay.

Where’s my opportunity to “become legend”? If I’m relegated to waiting for someone else to do the work, while I’m actually at work, or feeding my kids, or doing real life stuff because I’m not a streamer or YouTuber or a single person with the time to sit and solve a deliberately convoluted puzzle designed to be solved by people on Twitch to keep Bungie in the spotlight, what am I really getting out of this? The buzz of watching a community come together? Yeah. Great. That lasted a good hour, then I went off to do something else.

Maybe Bungie really can’t win. We want content to last longer, but really the Black Armory has only lasted longer because of time-gated missions, ridiculous grinds and stuff like Niobe Labs. If this is the way Destiny 2 is heading, I don’t think I’ll bother sticking around. If even endgame players can’t get fully involved in endgame content, then who is the content really for? YouTubers, Streamers and influencers?

Good luck to all those still banging their heads against keyboards trying to unlock Bergusia, but if a the rest of us get is another Forge to throw balls at, then in my opinion this has been yet another misfire for Bungie.