previous
Ace Combat 7: Is the PC version the best?
random
next
God Eater 3 is a more accessible Monster Hunter
0 comments 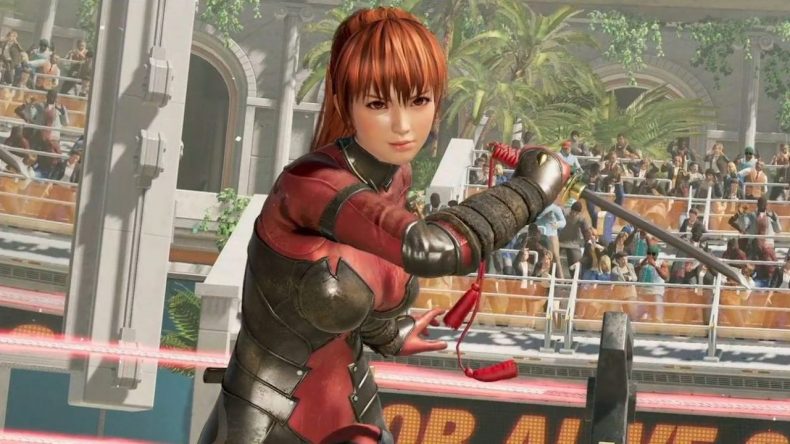 I’ve enjoyed the Dead or Alive series since the second game, having sunk quite a few hours into it on PS2. Where things really clicked for me however, was in the Xbox-exclusive Dead or Alive 3. I loved everything about the way it played, but it was in some friendly (but still competitive) party gaming with friends that things really came to life. Tag-team matches were great fun and really taught me how to play the game, and it helped me find the character that completely suited my play style: Leifang.

Itagaki’s unnecessarily hardcore fourth entry however, again exclusive to Xbox (though this time it was the 360), almost put me off the series. Its focus shifted almost entirely to parrying and reversals, which ruined the flow of the game for me. Thankfully, Team Ninja’s post-Itagaki Dead or Alive 5 returned to the fast-paced combos of previous games, creating a fighter that felt at once accessible and deep. It became one of my all-time favourite games in the genre, to the point that I bought it a second time when its Last Round incarnation arrived on current consoles in 2015. Here we are now, in 2019, and Dead or Alive 6 is right around the corner. After the furore surrounding the Asia-only Dead or Alive Xtreme 3, Team Ninja was keen to stress that its new fighter focuses less on the sexualisation and even more on the fighting itself, and it showed in the recent PS Plus exclusive beta. The default costumes for each of the fighters appear to be more suited to a good ol’ scrap, rather than a trip to the beach. Not that the sexy outfits aren’t still available to unlock, as it’s as much a part of the series as Forza’s livery creations, they just aren’t quite as “front and centre” as in previous games.

Whatever your feelings on bikini-clad combatants, there’s no doubt in my mind that Dead or Alive 6’s fighting felt as smooth as ever, based on my time with the beta. Unlike most fighting games, the DOA combo system doesn’t rely on quarter-circles or Konami Code levels of inputs (not that there’s anything wrong with those options), though some moves do still require complex button sequences. Basic combos are made up of almost rhythmic variations of punch and kick, sometimes with the odd direction press required, as well as throws and parries. In DOA6 there is now a Special button (R1 in the beta), tied to an energy gauge beneath your health bar. Depending on how much your gauge is filled, you can perform various moves that can get you out of trouble, or inflict heavy damage in dazzling displays of colour and brutality. This really does help to make the game as accessible as possible, but it still won’t help you against a master of the genre. What it does do however, is provide a stepping stone towards learning more complex moves if you want, or to simply enjoy playing your own way.

Unfortunately, mah girl Leifang wasn’t included in the beta, but this is a good time to talk about how well balanced every character usually is in Dead or Alive. There are always characters with whom you simply won’t gel, and that’s fine, but you can still get by if you’re forced to play as them in the game’s story mode. I tend to struggle with the slower, grappler-style characters like Bass and Tina, but I can usually muddle through thanks to the way the combo system works, and I hope the sixth instalment is no different. There is a kind of rhythm that flows through most characters, and if you can work to that then you’ll be able to pull off decent combos and even find your timing for parries and throws. This rhythm was still present in the DOA6 beta, even with the new character Diego, so I found myself learning his timing quite quickly. Regardless of how you play, the action will still unfold in explosive and colourful fashion, as it always has in this series, especially with the way many stages have multiple layers and destructible scenery. This time however, it is the first time we’ll be seeing a Dead or Alive game built specifically for the current consoles, rather than a remaster of a game from the previous generation. The beta looked impressive enough, with each character displaying a nice level of detail, including blood, dirt and sweat all mingling on the skin and soaking into clothing. Betas often don’t indicate the true quality of a finished game, so I would love to see just how good the game looks on release, particularly with its 4K and HDR support on the enhanced consoles. Considering how good NetherRealm’s fighters have looked, Team Ninja has a lot to live up to and I hope they can do just that, despite the wildly different art direction.

Another way NetherRealm has impressed, is the way it created the new standard for story modes in fighting games, seamlessly flowing from cutscenes to gameplay and back again. Dead or Alive 5 managed to use that template, but with a few too many loading screens, so I really do hope that Team Ninja’s new engine can do the job. I won’t pretend that the Dead or Alive storyline is the best you’ll ever experience, because it’s largely nonsense or just completely batshit crazy, but it does make for some wonderful entertainment in between the fighting. The stories may be a little forgettable, but the characters sure aren’t. While they may not have the weight of Mortal Kombat’s Scorpion and Sub-Zero, or the classic status of Ryu and Chun Li, there is a certain quality to the design of the Dead or Alive series’ cover girl Kasumi, or Ninja Gaiden protagonist Ryu Hayabusa, not to mention the white-haired assassin Christie and of course the lovably bizarre Zack. With the new customisation features, I imagine there might be some… interesting characters appearing online. I can’t wait to play as the other new fighters either, to see if they’re as cool as they look.

Speaking of how they look, it will be interesting to see if Dead or Alive 6 incorporates the same ridiculous level of extra costumes as DOA5: Last Round. Seven Season Passes was a bit of a joke for a game that was essentially supposed to be the ultimate version of an “old generation” game, even more so when the prices of those passes floated around the £70 mark. While it is true that they only contained costume packs rather than anything to affect gameplay, and were therefore completely optional, I just don’t think that Dead or Alive 6 can use the same post-release DLC strategy in the current climate. Or its pricing, for that matter. Don’t get me wrong, I’m all for a bit of extra content and some cool new costumes, but a more realistic pricing model is absolutely necessary.

However the DLC plans pan out, whatever you might think about the revealing costumes that have appeared since the Xtreme spinoffs entered the series (which are actually great fun if you can get past the apparent stigma involved in playing them), I’m a big fan of Dead or Alive and am looking forward to seeing just what else this sixth instalment has added. I was in a bit of a gaming slump at the beginning of the year from the fatigue of such a busy December, but playing the beta of Dead or Alive 6 was just what I needed. It reignited that spark of excitement that I’d lost by the end of 2018, and though the wait is two weeks longer thanks to a minor release date change, it will hopefully be worth it for another bout of Dead or Alive.

MORE LIKE THIS
Beta accessbeta impressionsDead or Alive 6Koei Tecmo