New features are making their way to Jurassic World Alive 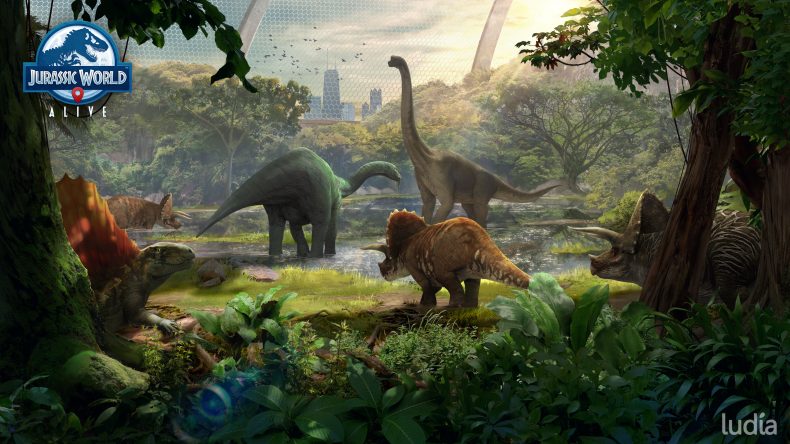 Ludia, in collaboration with Universal Games and Digital Platforms, have announced new features for their augmented reality (AR) game Jurassic World Alive in celebration of their year one anniversary.

For those that don’t know what Jurassic World Alive is, just imagine Pokemon Go but with dinosaurs.

The first of the new features is called Sanctuaries which aims to enhance the connection you have with your dinosaurs and care for them in new and interesting ways such as feeding a goat to your T. Rex or giving your Raptors some toys to play with. On top of that you can share your Sanctuary with other players in your Alliance and care for each other’s dinosaurs.

On top of the one year anniverary there are also celebrations going on for the launch of Universal Studio Hollywood’s new attraction “Jurassic World – The Ride”. Players that visit the ride will soon be able to take part in Strike Events, Treasure Chases and Event Supply Drops at locations through the park. Later on this Summer, if you do decide to visit the theme park, you’ll be able to collect dinosaurs and attempt to track down an exclusive Epic Incupator.

You can have a wee look at how the Sanctuaries will work in the below trailer.