previous
Marvel Ultimate Alliance 3 will be lots of fun playing with your friends
random
next
Meet the Hydrorks, a brand new monster for Doctor Who: The Edge of Time VR game
0 comments

The Legend of Zelda: Link’s Awakening is a faithful remake capable of exceeding the original in every way 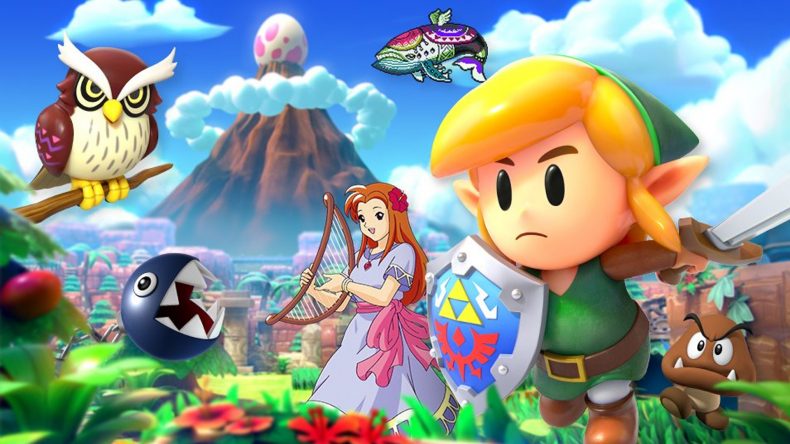 My experience with The Legend of Zelda: Link’s Awakening started off with an incredible animated cutscene, as Link tries to ride the high seas during an almighty storm. It’s amazing to think that the original was on the Game Boy, where cutscenes weren’t even a twinkle in the eyes of developers, but now, as I watch as Link’s journey begins, here they are in glorious detail.

Link’s Awakening is probably my favourite of the Zelda series. It was the first one I played, all the way back when I was starting out my journey as a gamer, and the only think that mattered was returning to Hyrule after a boring day at school. This remake is faithful to the original. The visuals provide a cartoon aesthetic, and the colours are so vibrant that every location I managed to see looked so pretty. With only 15 minutes to see as much as I could, I managed to play the crane game twice and fail to win a thing (nothing changes!), grab my sword from the beach, slay various enemies, and travel through the Mysterious Forest. It’s so weird how muscle memory kicks in, and places I thought I’d never see again become familiar after all these years. It’s a perfect recreation, providing an almost exact experience as the original whilst still making it feel like an entirely new game. We’ve been treated to some absolute gems on the Switch, and yet again Nintendo are giving the fans what they want but doing so with such grace and style.

There’re some obvious changes to the original, such as the sword and shield are now mapped to their own buttons, leaving two slots for other items. Also, enemies don’t follow a certain ‘path’ as you walk around, meaning it isn’t always straightforward when it comes to attacking them. If you can remember the original, Moblins would walk in square formations around the forest, but now they will sense your presence and attack you the moment they see you. It’s a small change, but one that helps to make Link’s Awakening feel modern. Even from such a short time with the demo, I knew instantly that this is something I’m going to play a lot of. It feels so good to play, providing a simple yet exciting approach to combat, as well as featuring a Hyrule that is a lot more accessible to the player. If you’re too young to remember the original – or more likely not even born when it released – this remake is about as faithful to the original you’re going to get.

One feature I was told about whilst playing was the ability to create your own dungeons when the game releases, and knowing how successful Super Mario Maker 2 was, and the sequel will most definitely be, we could very well have the makings of A Legend of Zelda Maker somewhere down the line. Either way, The Legend of Zelda: Link’s Awakening on the Nintendo Switch will be a fantastic remake, and one that will appeal to those that know it well, and those that don’t.

Video games are cool. Don't let anybody tell you any different.
MORE LIKE THIS
nintendo switchThe Legend of Zelda: Link's Awakening