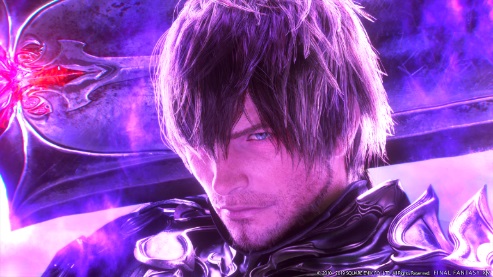 The world of Final Fantasy XIV expands further today with the release of the Shadowbringers expansion.

Players can now venture outside of Hydaelyn to Norvrandt and in a change must become Warriors of Darkness to fight against the Forces of Light (I’m pretty sure it’s normally the other way around), and with a new realm to explore comes a bunch of other new stuff too.

For starters there are two new jobs: Gunbreaker and Dancer. No, the Gunbreaker doesn’t go around breaking guns, instead this job is a tank that uses a Gunblade, while the dancer does ranged DPS and also provides buffs to the party, so, kind of like a Bard I guess? Then, you have the two new Races, the Viera and the Hrothgar. The Viera are rabbit-like humanoids, think of Fran from Final Fantasy XII and the Hrothgar are Leonine, apparently.

There’s also an increase in the level cap, up to 80, with that will come new skills and actions for you to learn. Players will also be able to take a party of non-player characters into dungeons thanks to the new Trust System, helpful if you find it difficult to get parties set up. This will certainly be helpful for taking on the game’s New Game + mode which will allow you to replay previously completed quests at a harder level with your current progression levels.

There’s a new Alliance raid called “YoRHa: Dark Apocalypse”, which comes from Yosuke Saito and YOKO TARO, this brings the world of NieR into Final Fantasy. There’s also a new High-End raid called “Eden” which features a character designed by Tetsuya Nomura. Finally there’ll be new high-end content for the Disciples of the Hand and Land, wherein you’ll help restore the Holy See to glory.

So, I’ll just leave that trailer with Tom Holland and Hannibal Buress here.

A lover, not a fighter and an all round good guy (he would say that, he wrote this after all), he's happy to be here as part of GIAG.
MORE LIKE THIS
Final FantasyFinal Fantasy XIVPCPS4