PC Building Simulator out today on PS4, Xbox One and Switch 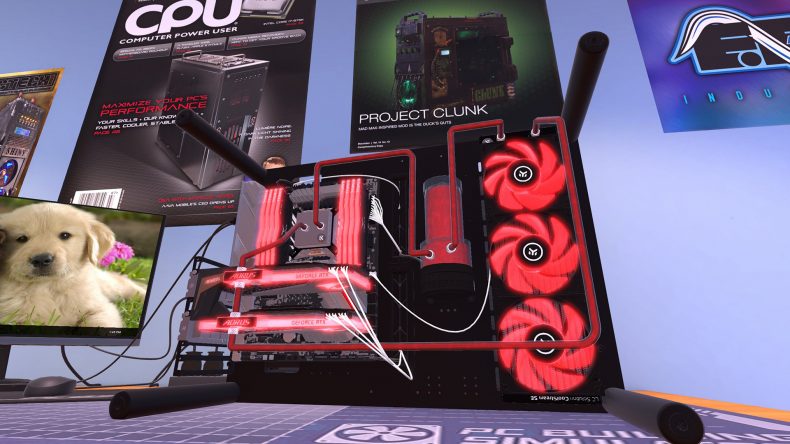 The Irregular Corporation has revealed that PC Building Simulator will be coming to PS4, Xbox One and Nintendo Switch, and what’s more it’s out today. The game began as a tech demo before appearing on the likes of GOG.com and it’s clear the title was popular. However few expected it to make the transition to console, because, well, it’s all about building PCs.

But from today on either your PS4, Xbox One or Nintendo Switch you can build your own customised PC. And furthermore, you can do so with over 1,000 licensed parts from the likes of Intel, AMD, NVIDIA, and ASUS.

Check out the official blurb below:

In PC Building Simulator you’re the ultimate PC builder: run your own PC repair workshop and take care of everything. From simple diagnosis and upgrades, to creating bespoke, boutique creations that anyone would love to own.

In story mode, you take over your Uncle Tim’s PC workshop after he mysteriously skips town. You’ll need to successfully repair and upgrade customers’ machines just to keep the lights on. Start small, then go big as you master some of the most technical elements of PC building. And you’ll be creating some seriously impressive machines in the process.

Builders are also given free rein to create artful, powerful or downright mean machines in the game’s Free Build mode. Using the most prestigious brands in the PC market: choose your case, build it out and pimp it big with LEDs and colour-coded cables. Your work is your art, after all. .

If you want to see it in action, have a look at the trailer below:

If you want even more information on the game, then check out its very own website.

PC Building Simulator is out now on PC, PS4, Xbox One, and Nintendo Switch.