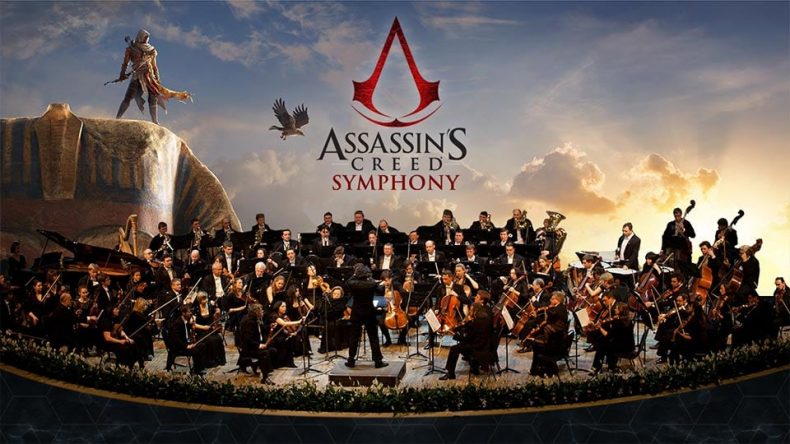 For fans of Assassin’s Creed, the music has always played a huge role in the franchise, and next year the Assassin’s Creed Symphony will be touring the UK. In what is described as a “multimedia symphonic project,” the show will feature the work from some of the finest composers ever to work in the series, such as Jesper Kynd, Austin Wintory, and Winifred Phillips. Starting with the concert’s premier at the London Eventim Apollo in October, it will then take place across the UK in four venues throughout April 2020.

A full orchestra and choir will perform a unique two-hour show that sees all eleven games feature in some capacity, with an innovative and immerse new take on the music of the Assassin’s Creed saga. The tour will begin at Birmingham Symphony Hall on 23rd April, before calling at Manchester Bridgewater Hall, Edinburgh Usher Hall, and Glasgow Royal Concert Hall.

With HD footage filling a giant screen and the wonderful music of the series accompanying it, the journey of the Assassins and the Templars will be told in glorious fashion. The tour dates are as follows:

Video games are cool. Don't let anybody tell you any different.
MORE LIKE THIS
Assassin's Creed Symphony