by Advertorial - Paid Placement on September 2, 2019 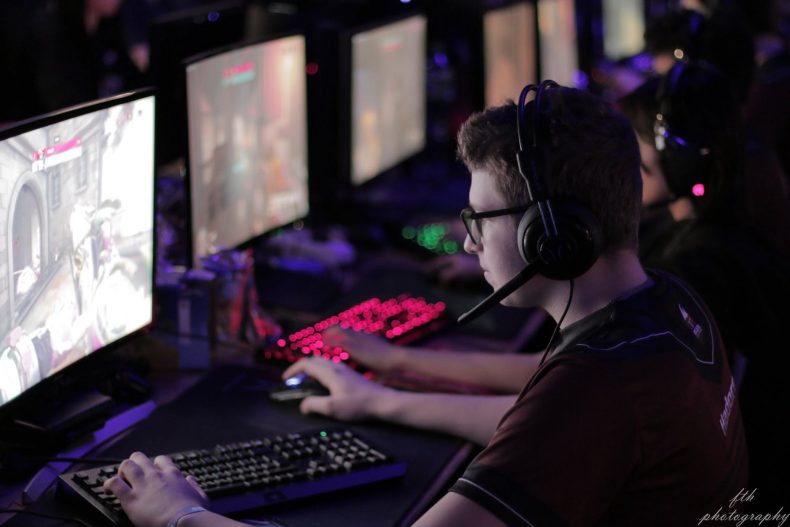 The esports industry is predicted to continue growing in the next few years – with the total audience in 2021 predicted to reach 557 million people (1). Furthermore, global revenues in the industry are predicted to reach $1.6 billion by 2021 (1). There are many revenue streams for esports organisations, such as broadcast revenue, prize money, ticket sales and merchandise (to name a few).

SoloMid were founded in 2009 and, after signing the then 19-year-old superstar Ali ‘Myth’ Kabbani – considered one of the best Fortnite players in the world, was sponsored by Chipotle as part of a seven-figure deal. They also have partnership deals with Logitech, Legion and Dr Pepper, amongst others.

Cloud 9 has 11 teams across a range of titles, earning over $9 million in prize money by competing in 662 tournaments over their history. They are making their sixth-consecutive appearance this year at the League of Legends World Championships, the longest streak of any team.

Team Liquid has earned a lot of their revenue through prize money, so far having competed in over 1,600 tournaments, earning over $33 million across their history. This is due to Liquid having 15 divisions, allowing them to compete in so many tournaments. Their other partnerships include Monster, SAP and Honda amongst others.

Gen G, according to Forbes, is the 7th most valuable esports team in the world, worth $110 million. Like most esports organisations, the majority of their revenue comes from sponsorships, which include Bumble & Samsung.

Echo Fox, founded in late 2015, has competed in 318 tournaments earning almost $2 million in prize money. Again, the majority of their revenue comes from their partnerships, which include HyperX, We Are Nations and Celsius energy drinks.

Fnatic gaming earned $11million in 2018 in revenue, after appointing former Mercedes F1 CEO Nick Fry as their head of commercial strategy. Their success, over 845 tournaments since their inception in 2015, has earned them over $14 million in prize money.

Earning over $10 million in 2018, Optic Gaming has competed in almost 300 tournaments, gaining global exposure which has attracted sponsors. Amongst the most noteworthy across the range of businesses they partner with are Nissan, Turtle Beach and Mountain Dew.

G2 has earned over $6 million whilst competing in 354 tournaments, attracting partners such as LogiTech, AOC and Paysafe Card, accounting for the majority of their 2018 revenue.

The 100 Thieves team are co-owned by Drake, Scooter Braun, Nadeshot and Dan Gilbert. Gilbert, an American billionaire, managed to set up a sponsorship deal with another company he co-founded, Quicken Loans, in a “seven-figure” deal. Their other partnerships include Red Bull, Totino’s & StockX, which brings the majority of their revenue.

The majority of Immortals’ revenue comes from sponsorship, as they have only earned around $1 million in prize money in their history. These sponsorship deals include Razer and Game Fuel.

Whilst there are still a number of teams that are yet to cross the Million Dollar revenue mark, the number of teams generating seven-figure sums is set to rise year on year. Fuelled by a growing audience and interest from sponsors, the esports industry is set to be a talking point for years to come.

Possibly the most famous esports investor is Drake who is the owner of 100 thieves and has grabbed the attention of the mainstream media with his popular Twitch streams playing Fortnite. This, along with sponsorship from energy drinks company Red Bull, who also sponsor team OG, really brings the team and esports into the mainstream. The sums being invested into esports from NFL team owners Jerry Jones and Robert Kraft have also gained international attention. Jones recently bought a majority stake in compLexity Gaming, even allowing members of compLexity to train at his NFL team Dallas Cowboys’ training complex. Kraft meanwhile, invested $20million in Blizzard Entertainment’s overwatch league.

Esports is attracting new investors all the time, such as tech entrepreneur Tej Kohli, who has pledged over $20m to Team Vitality. Kohli offers an insight into the esports industry as a whole and how it is set to advance in the next few years. Watch the interview here:

Who knows what this investment may lead to in the future…?

Organisations willing to sponsor teams will be based on the success they have when competing, so it is important for teams to perform well in the tournaments they enter, as this will gather better exposure for their sponsors, increase their prize money and overall increase their revenue.