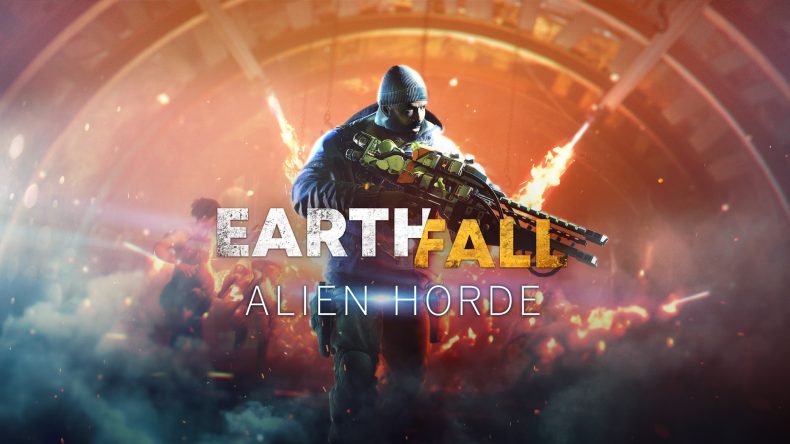 Having released last year on console and PC, Nimble’s sci-fi team shooter now has a new home on the Switch, complete with all the upgrades and patches the other versions have enjoyed as well as an exclusive 4-player local co-op mode.

In Earthfall you’ll select one of four playable characters and attempt to survive a procedurally-generated onslaught of alien invaders through 15 locations in 11 campaign chapters. You can unlock gear and items along the way, or play in any of the five Invasion Maps that add a more claustrophobic feel to the frenetic action.

Nimble’s Russel Williams says, “Launch day never gets old, and we couldn’t be more excited to release Earthfall: Alien Horde on the Nintendo Switch. The 4-Player co=op experience is perfect for the platform and players are really going to enjoy the ability to play with friends both online and locally.”

You’ll find Earthfall on the Nintendo eShop for £17.99 or your local equivalent.

Senior Content Editor Mick has been playing games for over 30 years and writing about them for around 12. After drifting from site to site for a while, settling briefly at the now-defunct Made2Game and freelancing for the gone-but-not-forgotten NintendoGamer Magazine, he came at last to rest at Godisageek. Mick has been a reviewer, staff writer and content editor here for some time, while also moonlighting a little for Red Bull Games. He has 4 kids, has written 2 novels, and sometimes even manages to pay a bill or two. You'll usually find him defending the galaxy in Destiny 2, battling evil in Diablo 3, or lurking in the background on Twitter. Find him there @Jedi_Beats_Tank, or on XBL (JediWaster247), PSN (Jedi_Waster) or Nintendo (JediWaster).
MORE LIKE THIS
Earthfallearthfall: alien hordenimblenintendo switch