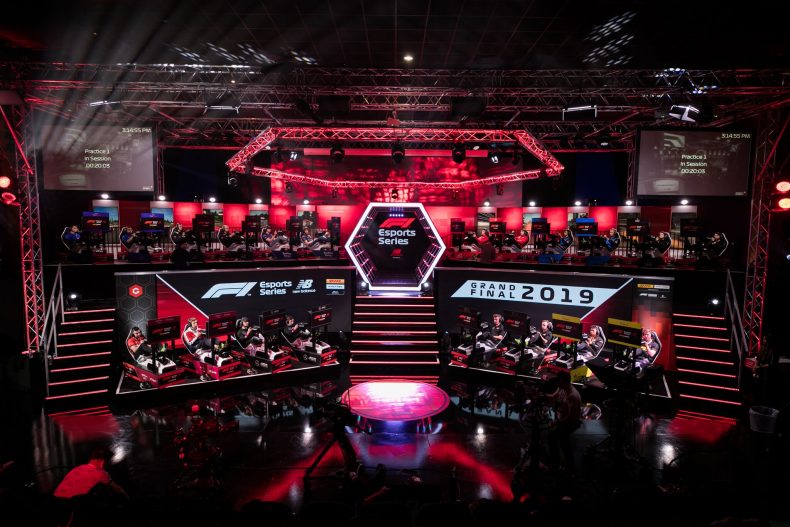 The latest F1 New Balance Esports season has drew in its highest viewing figures since the series began. The total online figures come in at a massive 5.8 million. This works out as a 76% increase year on year from the first to the most recent third season. The 2019 series also improved upon the 2018 season with online views coming in at 5.5 milllion.

The 2019 series is also spoke to younger viewers as 79% of those that watched the series were under 34 years old. Good to know I’m still in the younger bracket.

Enough about stats lets look at the winner of this years season. David Tonizza, who was the first pick from the 2019 Pro Draft as well as Ferrari Driver Academy Hublot Esports Team’s first ever esports driver, beat all other drivers to become the 2019 Drivers’ Champion.

Sean Bratches, Managing Director, Commercial Operations at Formula 1 said: “The 2019 Formula 1 esports season has been a tremendous success and a huge congratulations to both Ferrari’s David Tonizza and Red Bull Racing Esports team on their hugely impressive titles. I also want to thank all our partners for helping deliver this year’s success. We are really excited about the progress we have made this year with a 65% increase in interest in the series compared to last year, our highest ever online audience of 5.8 million and 169 million social media impressions. We are looking forward to next season, with some of China’s regional participants coming to the pro draft and the potential for other nations to join the fun. Our best days are ahead of us and we are delighted by the great progress in 2019.”

Frank Arthofer, Director of Digital and New Business at Formula 1 said: “The 2019 series has been exciting, and full of action and this year’s figures are a testament to the great entertainment our esports series is delivering to fans. We are continuing to reach a new
fans with growth across our online and TV audiences as well as growth across our digital platforms. With 79% of viewers tuning in to the series below the age of 34 years old we are really excited about the future and already getting ready for the 2020 season.”

Julian Tan, Head of Digital Business Initiatives &amp; Esports at Formula 1 said: “The growth of esports in Formula 1 continues to accelerate. Not only has 2019 been our most ambitious esports season to date by way of our tournament and events, but it was also the first season we had all 10 official F1 teams participating, with Ferrari entering the world of esports for the first time in their history. In addition, we launched our first ever regional series in China in search of the next Chinese esports stars as well as have launched a mobile esports qualifier on F1 Mobile Racing for the first time to feed into the programme next year.

The massive growth in viewership and engagement is testament to the strength of our esports proposition. I am confident that Formula 1 Esports will continue to grow and broaden the opportunities for the next generation of motorsport fans and brands to engage and invest in this burgeoning space as we continue to break down borders into our sport through esports and gaming – the growth in viewership and engagement this year is a prime indicator of this.”

Finally, we have a few more stats for you coming from the 2019 F1 New Balance Esports season: