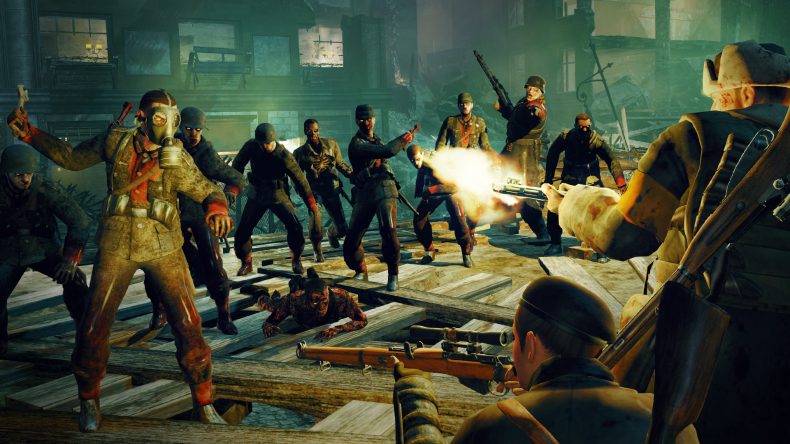 UK developers Rebellion has today announced the cult hit shooter Zombie Army Trilogy is coming to Nintendo Switch in the first half of 2020. It’ll come with all previously released content, as well as brand new features including 2-4 player local wireless play, motion controls, and Pro Controller and HD Rumble support.

Zombie Army Trilogy sees you take on hordes of the undead set upon you by the Führer in one last ditch effort to win World War II. Zombie soldiers, armoured skeletons, fire demons, and chainsaw-wielding elites will all be after your blood across three story campaigns and its brutal Horde mode.

The Zombie Army series has sold 4 million copies worldwide, and the next instalment Zombie Army 4: Dead War launches February 4, 2020 on PS4, Xbox One and PC.

Video games are cool. Don't let anybody tell you any different.
MORE LIKE THIS
rebellionswitchZombie Army Trilogy