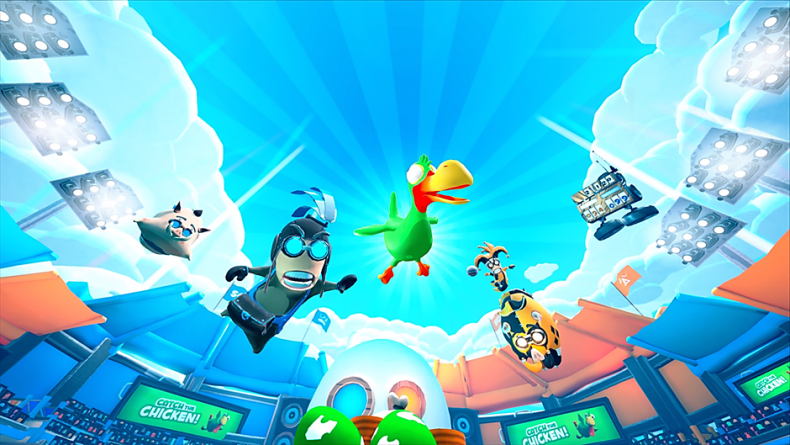 White Smoke Games has today announced their brand new game Super Chicken Catchers will be making its way onto Steam on February 18, 2020. The game focuses around the sport of Cluckball – a 2v2 futuristic sport involving chickens, aliens, and flying pigs.

Players must work together as rider and mount, acting in unison if they want to defeat their opponent. It’s a vibrant, fast-paced game that looks a lot like the N64 games of old, bringing the art of competition to the forefront.

“Since the very beginning of this adventure, we wanted to create a different kind of sports game focused on cooperation and communication in an off-beat universe,” said Florent Leger, CEO at White Smoke Games. “After a lot of blood, sweat, and pixels, we are proud of what we achieved and hope that the community will enjoy playing it like our early chicken catchers did!”

If you like the sound of Super Chicken Catchers, watch the announcement trailer below:

Video games are cool. Don't let anybody tell you any different.
MORE LIKE THIS
Steam