Animal Crossing brings out the worst in me 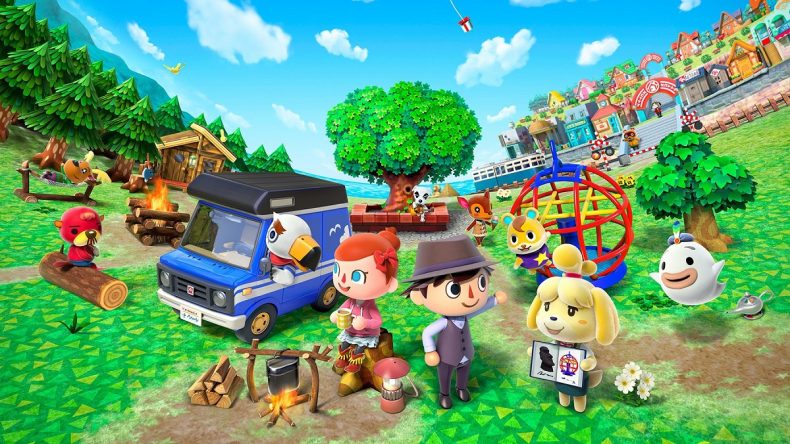 This article was originally published on October 5th 2018.

So as we all know, Nintendo is finally bringing its Animal Crossing series to Nintendo Switch. To the cheers of many fans during its most recent Nintendo Direct, we now know we can all look forward to playing everyone’s favourite laid-back village simulator filled with anthropomorphic neighbours with varying degrees of scary faces and personalities.

And I for one am thrilled. Well, sort of.

You see its confession time. Whilst I adore the Animal Crossing series and can’t wait for more details on the upcoming Switch title, I am also slightly apprehensive. And that’s because I know that Animal Crossing brings out a side in me I’m not proud of. I become a nonsensical raving lunatic who’s protective nature borders on the psychotic.

Pride comes before a fall they say. And my fall from grace due to pride was pretty spectacular and shameful. But we’re getting ahead of ourselves, let’s start at the beginning.

Back during the heyday of the Wii, I found myself drawn to the series for the first time with Animal Crossing: Let’s Go to the City. I’d forgone the previous instalments, mainly due to prioritising other titles and wondering what there could be to do in a game where seemingly the main goal was to simply exist in the surroundings. But as online console gaming had become more widespread by 2008 to the point even Nintendo were embracing it (and seemingly not progressing the concept in the decade since, but that’s a completely separate topic), I decided to take the plunge, and more importantly planned to embrace the online functionality within the game by interacting with other players and visiting their towns. But before I could do that, I had to get to grips with the game proper. Now for those that have played an Animal Crossing game before, you’ll appreciate the game exists in two halves. The first half of the game is one that most will experience and enjoy. It’s the part of the game where you understand the mechanics of it all, the economy, the love/hate relationship with Tom Nook and what there is to do each day. You’ll learn about special days of the week where specific mini events happen, and you may even run into a calendar event such as a harvest festival or Christmas-related activity depending on the time of year that you’re playing.

You’ll realise you can plant fruit trees, and travelling to other people’s towns will yield different fruit to add to your collection. You’ll master fishing, bug catching and digging for treasure. And then you’ll have made enough bells (the game’s currency) to finally pay off that final house extension, and then you stand there happy in your achievement. You’ve mastered the game, and all it has to offer. And then phase two kicks in, and that for me is where all the trouble started.

It’s at this point that Animal Crossing changes from being all about progression, learning, understanding and fun, and transforms into its wicked step-sister that focuses on perfection, one-upmanship and obsession. It’ll start off small, so small in fact, that you might not notice it. My first taste of the game’s sour side was by partaking in the weekly competition the game held where it picked the best floor of your house and pitched it against your friends list to decide who was the best Laurence Llewelyn-Bowen. Well, the first few weeks went by and I wasn’t really bothered about not winning, but all of a sudden I’m a mortgage-free resident with nothing better to spend his turnip fortune on than the perfect selection of furniture to kit out my living room. So I pluck for an oriental theme complete with decorative screens and bonzai trees. I feng shui the arse out of the furniture and keep making slight design tweaks, and then lo and behold, my room wins the weekly prize. I’m officially better than all of my online friends at Animal Crossing according to some arbitrary criteria. And boy does it feel GOOD! But I can’t stop there, I can’t rest on my Japanese-themed laurels. No, this Animal Crossing champion needs a new challenge, something else to prove his worth and superiority. And so we move to clothing. The game allowed you to create your own designs and make them into T-Shirts. I’d dabbled with it a bit previously, making a humorous design that made it look like I had no shirt on at all, complete with belly button and chest hair. But at that point, I wasn’t bothered how anatomically perfect my nipples looked, until an online friend who I’ve never met to this day rocked up to my town sporting a top with a meticulously drawn bowl of fruit on it. It looked really great, she’d clearly spent a lot of effort on it. And secretly I was furious. When I was alone again in my offline fortress of solitude, I’d spend hours designing shirts containing iconic gaming designs, with my personal favourite being my detailed SNES controller t-shirt, which had taken me god-knows how long to create. When I visited that player again online a few days later, she was full of praise of my new design, completely genuine in her approval. I modestly thanked her for her complement before going about my business, thinking in my head “You’re damn right it’s good!” But my arrogance was short-lived, because I noticed something different in my friends’ town that would literally send me down the path to Animal Crossing madness. And that my friends is floor tiles.

You see, as an extension of the t-shirt designs you could also lay a design out on the ground, creating a square tile on the floor of your town. Now most of the time this would look odd, and not really in keeping with your mission to become master overlord of Animal Crossing. We wouldn’t want the inconsequential opinions of the masses to think you weren’t perfect now would we? No sirree! But the impact changes when that tile on the ground looks like it’s meant to be there, when it looks like a path. I think it goes without saying that I spent an inordinate amount of time designing a floor tile that not only looked elegant, but also damn well matched up on all sides so whichever way the path went, it would always look connected. A dodgy path pattern would have the Animal Crossing bourgeoisie scoffing into their champagne flutes, and we can’t have that. So then I would spend hours mapping out regular routes through my town, and placing path tiles on it, so that there was a clear track everywhere. Yes it meant I had to fell trees to make way, but what is nature in the face of adoration from my online fans, I mean friends.

If you’re still with me on this embarrassing trip down memory lane, you might well be thinking I’ve gone a bit mad. Interior design? T-shirts? Path tiles??? I mean does any of this really matter in the grand scheme of things? And you’d be right. None of those things matter at all, at least not in comparison to the game’s metaphorical death knell of my sanity, the game’s flora. Yes as it turns out grass and flowers would the breaking of me and my character, taking my obsessive, competitive nature to a whole new level. A few things you need to know before we continue, firstly grass in Animal Crossing depletes if you continuously run over it, taking an age to grow back. Like literally months of game time. It didn’t bother me during the first half of the game, because I had less pride in my town, I just wanted to get from A to B as quickly as possible, and pay off the miserable Tom Nook. But now I had standards, and more importantly I had paths. The “Stay off the grass” sign wasn’t there but was implied, with the general acceptance of town etiquette by those that had also spent a lot of time working on their towns. Also noteworthy is that flowers get destroyed immediately if you run over them, and also there were special flowers in the game that could only be made by placing flowers in certain arrangements and hoping for a bit of luck. Needless to say having special flowers was a highly thought of achievement in Animal Crossing circles. Or so I thought.

In my willingness to continuously flaunt my Eden of a town, I made a fatal mistake of inviting a then thirteen year old girl into my town. Tortoise_girl her name was. I remember it because it haunts my dreams every time I close my eyes. It started off friendly, with her complimenting my town, and its pretty paths. I calmly reminded her not to run, and if she could stick to the paths because I was growing my grass and it seemed to sink in initially. She was playing ball. The first warning sign should have been when she “playfully” chopped down some trees without asking. I was mad but put it down to youthful exuberance. After all, trees could be replanted, and would only take a few days to grow back, and beside I had enough fruit anyway. No big deal. Things quietened down a bit, there was a few of us together, and we all did some fishing and bug catching together and everything was civil.

And then I caught her running over my grass. I couldn’t believe it, I’d specifically said about it before, but there she was, and I was visibly wincing as the grass gradually reduced. I reminded her to stop, but it had the opposite effect. She started laughing, thinking it was funny to defy me, and ran some more. Sometimes on the paths, sometimes not, and I found myself becoming irrational. I was fearful of my grass, I knew it would take a while to grow back, and I’d been dutifully using the paths myself for weeks. But she carried on, laughing all the time, she wouldn’t stop and then as I went after her, I saw it happen, in almost slow motion as she veered from a path and ran straight through a group of roses. I watched in stunned silence as a pair of super rare black roses that I’d been cultivating since the start went up in a puff of leaves behind her trainers. I was gobsmacked and outraged. I did the only thing I could. “Tortoise_girl has left your town” read the message. “Oh where did she go?” a friend of mine innocently asked. I had to tell him. “I banned her” I replied. That’s right ladies and gentlemen I banned a thirteen year old girl from coming to my town ever again because she ran over some of my virtual flowers. And I would do it again too. And that’s the problem. Animal Crossing makes me like this, irrationally over-protective and ridiculously anal about everything in it. It’s why I both love the idea of a new title in the series but am also nervous about what it might mean for me and what side of me it might reveal. It brought out the worst in me then, and it probably will again.

So if you seen me online on Animal Crossing Switch in the future, and fancy a visit. Be kind, and don’t run. You have been warned.