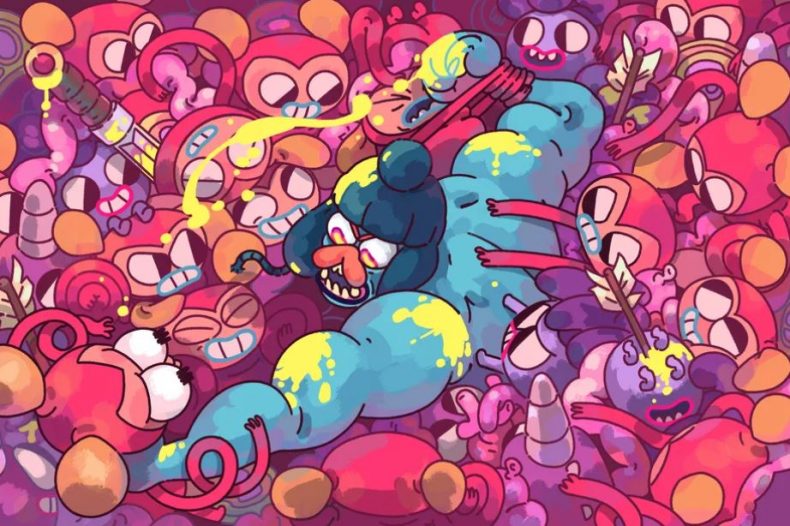 To celebrate Valentine’s Day, two hit Apple Arcade games – Grindstone and Patterened – are releasing some themed content. For those who subscribe to Apple Arcade, this new content will be free of charge to play as part of your subscription.

Grindstone from Capybara Games is launching two new ‘Valentine’s Day’ freebies to help players tackle those extra-tough levels. First is the wacky “Cupid Cosplay” outfit which gives creeps a fun and silly new behavior: when wearing the outfit, one creep will become lovestruck instead of going ‘aggro’, making the board a little less dangerous. When a second creep gets that lovin feelin’ they leap up into each other’s arms and explode in a squishy embrace. Second is the “Heartseeking Arrow” which works double duty; it’ll take out a creep and leave a ‘Hearty’ health pick-up in its place. Both seasonal items are available now to all players. Simply visit the inn to craft and equip them. In addition to these two holiday add-ons, the latest update also adds mid-level game saves which allows players to quit anytime and pick up right at their latest turn, never losing any of their epic multi-creep chains. Also new with the latest update is a Gore Slider which allows players to turn down the effects.