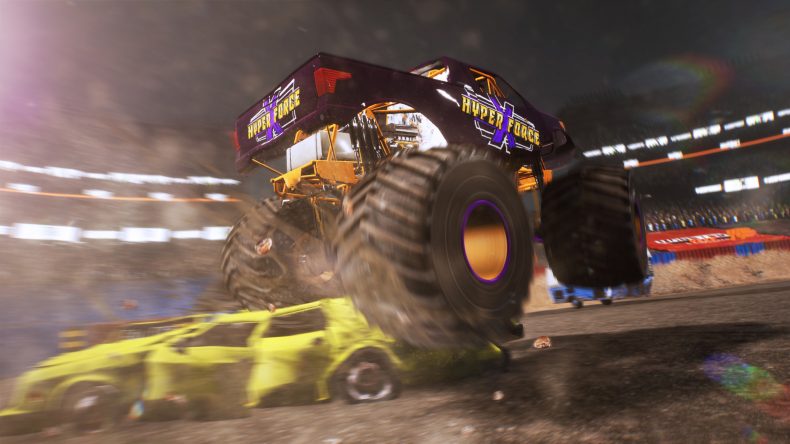 Nacon and dev team Teyon has announced their upcoming Monster Truck Championship is heading to console and PC. There’s no firm release date yet but it’s slated for an Autumn 2020 release. What we do know is that it will be released on PC, PS4, Switch and Xbox One.

Monster Truck Championship is described as a unique simulation. This will be down to players needing to master the intricacies of the vehicle physics to take on the race records and pull off tricks. Gone are the days of holding the accelerator and hoping for the best.

You can race on 25 circuits covering numerous cities throughout the US. There are also a number of game modes: freestyle, race, destruction, time attack and an online mode. The online mode can host up to 8 players racing to win first place.

You can also choose from 18 customisable vehicles. You have the ability to improve acceleration and top speed by fine tuning the engine, adjusting stability via suspension stiffness, modifying the grip with tyres for different competitions and more. There are over 50 elements that will help customise your truck.

Monster Truck Championship will also have a career mode. In this you will take part in different competitions, upgrade the track after each competition as well as managing your team and finances. The aim of the career is to go for the top prize of becoming the Professional League Champion at the Monster Truck Finals.

If this sounds like your kind of thing then check out the announcement trailer below.