previous
Wales Interactive bring the horror with Maid of Sker
random
next
Get Ready to Destroy All Humans! This July
1 comment 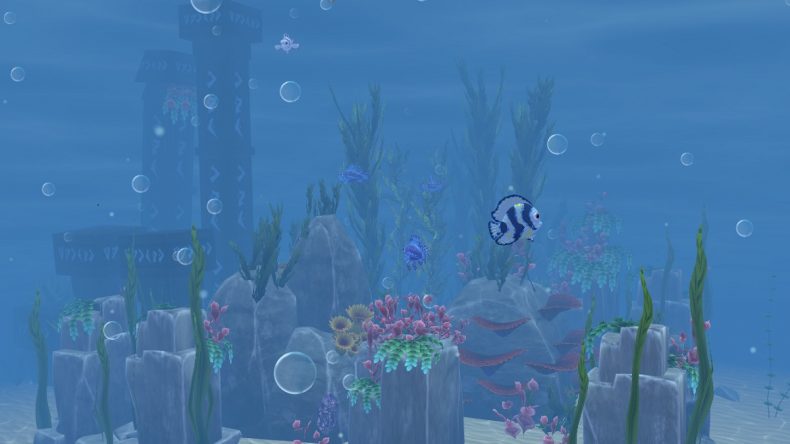 Swedish game developer First & Ten has released Bamblup: Motion to Win, an augmented reality game promoting physical activity in children and young adults. Not only is it aimed to help players out in the current climate, but it will also benefit mental well-being in these difficult times.

In Bamblup: Motion to Win, players’ surroundings are transformed into a paradise-like underwater world known as Bamblup Island. Here, the evil cyborg fish known as the Svartanians dream of destroying the island, and that’s where you come in. Players will fight off the Scartanians by walking, running, and squatting on the spot, and there’re also extra challenges like finding treasure and magic. According to the World Health Organisation, 80% of today’s younger generation aren’t active enough, which is something First & Ten want to help change.

“Today’s youngsters are already the most inactive in history,” says Leslie Alfredsson, Founder, and CEO of First & Ten, “but now with social distancing and quarantine measures due to the coronavirus crisis, their levels of physical inactivity have increased dramatically.”

“We chose high-intensity interval training because according to specialists it is the most effective way to decrease stress and improve physical conditioning,” says Alfredsson. “And we developed Bamblup with the help of physiotherapists and other health specialists in Sweden. We also wanted to make a game that uses new technology, like augmented reality, but takes it a step further and creates a completely immersive experience, more like handheld virtual reality.”

Work on Bamblup: Motion to Win began in 2018, and last year it won recognition as one of the most innovative startups at the Ideon Innovation competition. Now more than ever, good physical and mental health is paramount, so the release of Bamblup: Motion to Win has come at a perfect time. The game is currently available on the iOS App Store.

You can check out the trailer below:

Overcooked! All You Can Eat review
9.5
8.0
PHOGS! review
6.0
Worms Rumble review
8.0
Per Aspera review
9.5
Overcooked! All You Can Eat review
8.5
Shiren the Wanderer: The Tower of Fortune and the Dice of Fate review
7.5
Destropolis review
Social Media
SUBSCRIBE
All content copyright GodisaGeek.com
Fonts by Google Fonts. Icons by Fontello. Full Credits here »