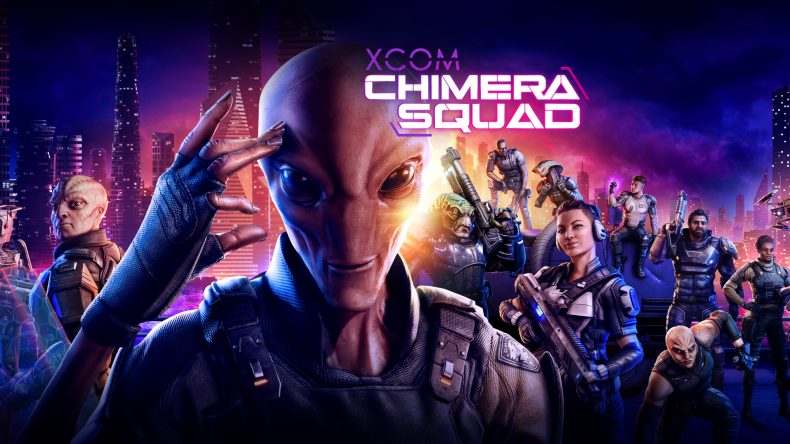 2K Games and Firaxis have today announced a brand new game in the hugely popular XCOM universe – XCOM: Chimera Squad. Continuing the story on from 2016’s XCOM 2, Chimera Squad will switch up a handful of the franchise’s key features to present the universe we all know and love in a slightly different way. With it due to be released very soon, we’ve put together a list of reasons we’re excited to get our hands on it.

It has been four whole years since the release of XCOM 2, and while Firaxis kept us going with expansions, we’ve still been chomping for something new in the universe. With the XCOM 2 Collection recently announced for Nintendo Switch, this is the perfect time for 2K and Firaxis to unveil a new entry. We’ve always been fans of XCOM’s tactical brilliance, world-building and squad-based gameplay, and to finally have a brand new game to play has us positively giddy. 2. THE TURN SYSTEM HAS BEEN OVERHAULED

If you’ve ever attempted to play an XCOM game in Ironman Mode (or even normal mode, to be honest), you’ll know that one bad turn can ruin your entire mission, wipe your squad and inch the Earth that little bit closer to total alien rule. Well, in Chimera Squad the turn-based system is being overhauled, swapping straight turns for an interleaved system that sees individual units queued dependant on a variety of factors.

Instead of simply moving all your squad members together and hammering one enemy, you’ll have to think about each agent as an individual unit and plan according to your opponent doing the same. This has the potential to create more dynamic missions, and means that every move – not just every turn – is crucial to success. 3. IT HAS CHARACTERS TO DEVELOP

Chimera Squad features 11 unique Agents, human and alien, that you will develop along individual paths. With species-specific abilities, gear and tactics, squad composition will play an even stronger part in each mission. With both Specialised and Complementary classes, the onus will be on picking not only the correct Agents, but the correct line-up, as different characters and classes will be more efficient and effective than others. With the right pairings, you can execute “devastating combos” to deal massive damage to the enemy ranks.

Although we’ve seen no gameplay yet, the official word from Firaxis is that you’ll be able to “Strategically assign your agents to different entry points and coordinate their assault with a range of Breach-specific skills…”, meaning you’ll be able to set up and execute breach manoeuvrers to take the enemy by surprise. How this will work, we’re not sure, but it sounds super cool.

Missions are described as “discrete, explosive encounters”, which sounds to us like stealth and subterfuge will play a much bigger part, especially considering the aforementioned Breach Mode. It’s likely that missions will take place in smaller maps, with clear objectives and an onus on getting in and getting out quickly. While we had no problem with the mission design in XCOM 2, some of them were huge, multi-part endurance tests, and a smaller, tighter structure would certainly keep the pace up and allow you to maximise the efficiency of your squad.

The minimum system requirements for XCOM: Chimera Squad are as follows:

Senior Content Editor Mick has been playing games for over 30 years and writing about them for around 12. After drifting from site to site for a while, settling briefly at the now-defunct Made2Game and freelancing for the gone-but-not-forgotten NintendoGamer Magazine, he came at last to rest at Godisageek. Mick has been a reviewer, staff writer and content editor here for some time, while also moonlighting a little for Red Bull Games. He has 4 kids, has written 2 novels, and sometimes even manages to pay a bill or two. You'll usually find him defending the galaxy in Destiny 2, battling evil in Diablo 3, or lurking in the background on Twitter. Find him there @Jedi_Beats_Tank, or on XBL (JediWaster247), PSN (Jedi_Waster) or Nintendo (JediWaster).
MORE LIKE THIS
2k gamesFiraxisxcomxcom 2