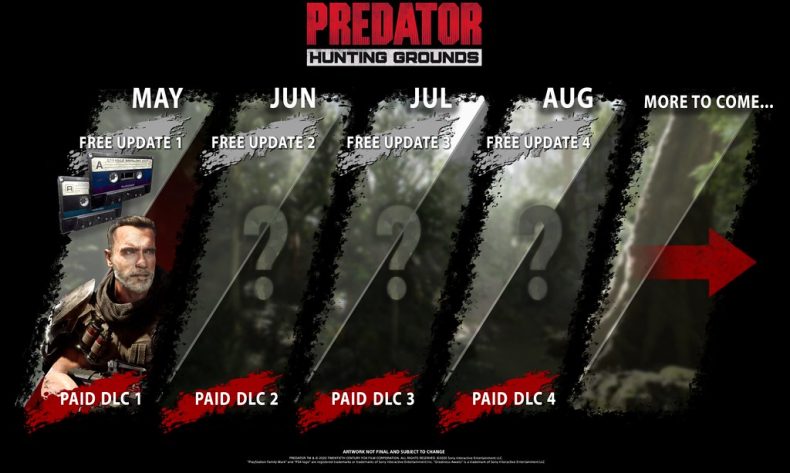 The iconic Arnold Schwarzenegger character, Dutch from Predator is making his way into Predator: Hunting Grounds.

Announced via the PlayStation Blog, Dutch will be joining the cast as a playable character, complete with voice capture from the man himself.

Dutch will feature in the first free update that will be available to all players who own the game. They will be able to learn where Dutch has been all these years, and hear his story in his own words through a series of voice tapes that are earned as you level up. The second DLC will be paid for. In it you will be able to play as Dutch and get early access to the QR5 “Hammerhead” Rifle, and Dutch’s Knife (available free for all players later in June).

Also announced in the blog post is an update roadmap which shows both free updates and paid DLC that will be coming over the next months.

The free updates include new weapons, game mode and more. For the paid DLC there will be more themed character packs.

The first free update and the paid DLC will be available from 26 May.

Likes to shoot stuff and wear pretty shoes. Is a BEAST at Titanfall.
MORE LIKE THIS
Predator: Hunting Grounds