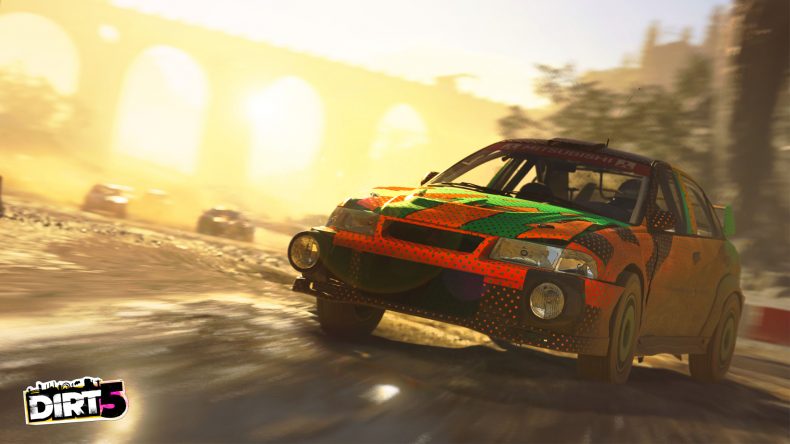 Since DIRT 5’s reveal at the now infamous Xbox Series X “gameplay” event, Codemasters has been dishing the dirt on the new direction of its latest numbered rally game. Specifically, this time, its career mode.

You may have seen that industry giants Nolan North and Troy Baker are involved, and now we know exactly who they will be voicing in this narrative-driven campaign.

Troy Baker voices Alex Janièek (or AJ, as he’s better known) an “undisputed superstar and fan favourite in the world of DIRT.” AJ sees the potential in you as you get started in your racing career and he takes you under his wing. Nolan North voices Bruno Durand, “the ultra-competitive, cold, calculated veteran” who is naturally at odds with AJ, and “the fallout from an epic race between these two icons lays the foundation for you to create your own legacy in the sport.” Make of that what you will.

The entire story, your journey, and much more are covered in depth by the DIRT Podcast by Donut Media, hosted by James Pumphrey and Nolan Sykes from the Donut crew. Their energy and excitement match the vibe of DIRT’s racing world, and between events they react to all the key moments of your story, with special guests including AJ and Bruno, W Series champion Jamie Chadwick, and gaming and car culture personality SLAPTrain.

Story aside, how will the career mode work?

The career will be split into five chapters, covering the key moments of the story. There will be multiple paths to each chapter and it’s up to you to choose the events in which you want to participate, but it’s entirely possible to compete in every event. There will be over 130 events, spanning nine race types and every location in the game. Complete races to open new events in the chapter; the higher you place, the more Stamps you will earn. A certain amount of Stamps are needed to unlock the Main Event of each chapter, so the better you perform, the quicker you can progress. Main Events are the conclusion of each chapter and a tougher test for the player. Finish third or above to move onto the next chapter.

But that’s not all. Complete certain objectives throughout Career events to unlock secret Throwdowns, where you go one-on-one with a fierce challenger in epic events.

You will also be representing some of the biggest brands in the world, with 20 real-world brands willing to sponsor you along your journey. These include the ever-present Monster Energy, Michelin and even Codemasters, all of which offer unique rewards for signing with them. Each sponsor has objectives, both long and short term. Hit them and you’ll increase your Reputation Rank, eventually earning an “ultimate reward” for hitting the top rank. It’s worth noting that you can switch sponsors at any time during your career, though you may earn less rewards if you leave too soon.

Much like Codemasters’ upcoming F1 2020, DIRT 5 also sees the return of split-screen. Not only can up to four of you play together locally in DIRT 5, it’s fully integrated into career mode. Drop-in, drop-out too.

For any of the Career events that feature multiple cars on track, each additional player takes the spot of an AI driver. They’re not just there to cheer you on, either; the highest finishing position of any player is the one that’s counted in Career, meaning you could earn more Stamps, more sponsor bonuses and more currency by teaming up. Whilst those rewards earned only count for the host player, each additional player will receive XP and currency rewards for their own accounts, which they’ll have whenever they next play DIRT 5 as the host player.

That’s an awful lot to take in, right? At least you’ve got a few more months to process it all, before DIRT 5 arrives in October on Xbox One, PlayStation 4 and PC. It’s also coming to Xbox Series X and PlayStation 5 at a later date, and arrives on Google Stadia in early 2021.