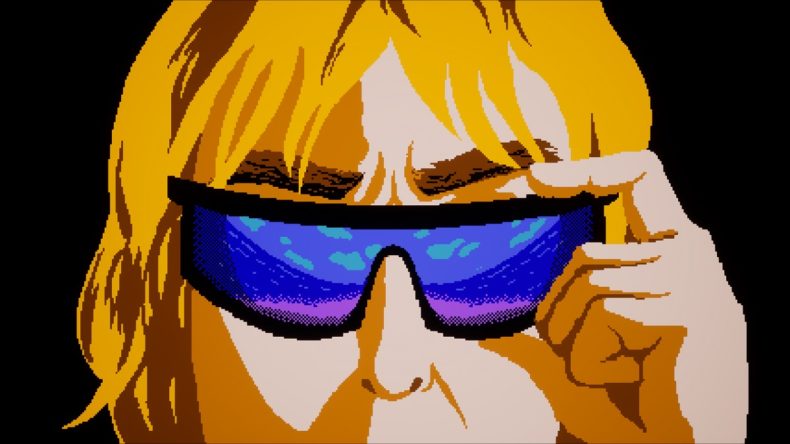 Terrible Posture has revealed their brand new game 3 Out Of 10 which is exclusive to the Epic Games Store, with episodes releasing weekly every Thursday until September 3. The first episode is available right now, and all of Season One’s episodes will be completely free. Taking players behind the scenes of fictional game development company Shovelworks Studios, 3 Out Of 10 follows a bunch of unsuccessful devs who have never had a game that scores more than (you guessed it) 3 out of 10.
The part video game, part animated show features fully voiced cutscenes in a love letter to gaming and the ridiculous business surrounding it, featuring new mechanics every week from first-person shooting to racing. Episode One sees game animator Midge Potter show up at Shovelworks for a job interview, however, she gets way more than she bargained for. Players will be able to replay the story at their leisure, rewinding or skipping any scene, as well as revisiting scenes to beat their high scores.
“Look, there’s this unspoken truth in game development. Ask any game developer and you’ll get the same story,” said Joe Mirabello, creative director for Terrible Posture Games. “They’re working late, making art, getting up to stretch. Maybe they sneak into the kitchen to grab a snack. SUDDENLY, they realize the company fridge is inhabited by a Lovecraftian nightmare tentacle and THEN the Lead Animator spontaneously explodes (it happens, look it up) and THEN you find out someone drank all the Orange Crush. Times like that, you just gotta calm down and remember why you love this industry. And then make a game about it.”
Liked it? Take a second to support GodisaGeek.com on Patreon!

Video games are cool. Don't let anybody tell you any different.
MORE LIKE THIS
epic games storeTerrible Posture