previous
Yakuza: Like a Dragon launches everywhere but PS5 on November 10th
random
next
Torchlight III Releasing This October
0 comments 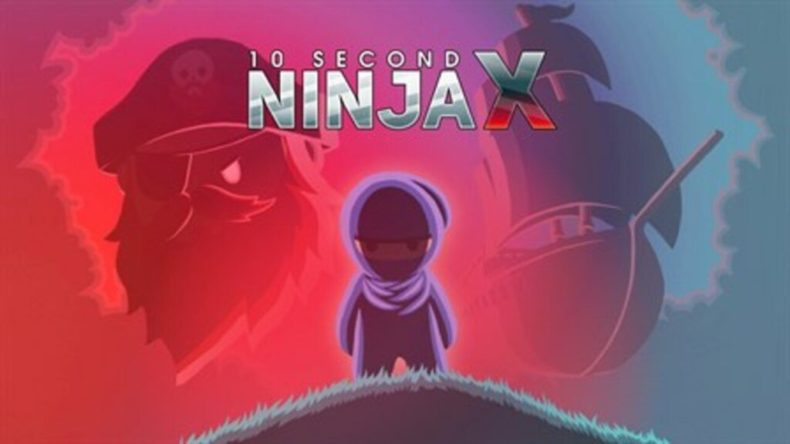 10 Second Ninja X was originally released in 2016 for PS4, PC, and Xbox One. It is a hardcore action platformers that tests the player’s skills, reflexes and patience.

10 Second Ninja X asks players to beat every level in ten seconds or less. It is brutal, but simple controls make it a joy to play.

“The goal with 10 Second Ninja was to make something polished and satisfying from the instant you picked up the gamepad,” explains Four Circle Interactive Director Dan Pearce. “While the game is challenging, what’s more important is that it’s super easy to learn and not just about quick reflexes. It feels so right for a console like the Nintendo Switch, where picking up a game for a few minutes (or seconds) is such a core part of the system’s appeal.”

“We were huge fans of the original 10 Second Ninja when it first appeared in 2014,” explains Thalamus founder and CEO Andy Roberts. “The game’s bite-sized levels are perfect for gaming on the go, so when we began looking at titles for the Nintendo Switch, 10 Second Ninja X seemed like a natural fit.”

As yet there is no release date for 10 Second Ninja X on Switch, but you can keep an eye on the official Twitter account for updates.

Likes to shoot stuff and wear pretty shoes. Is a BEAST at Titanfall.
MORE LIKE THIS
10 Second Ninja X