by Paid Placement Advertorial on September 10, 2020 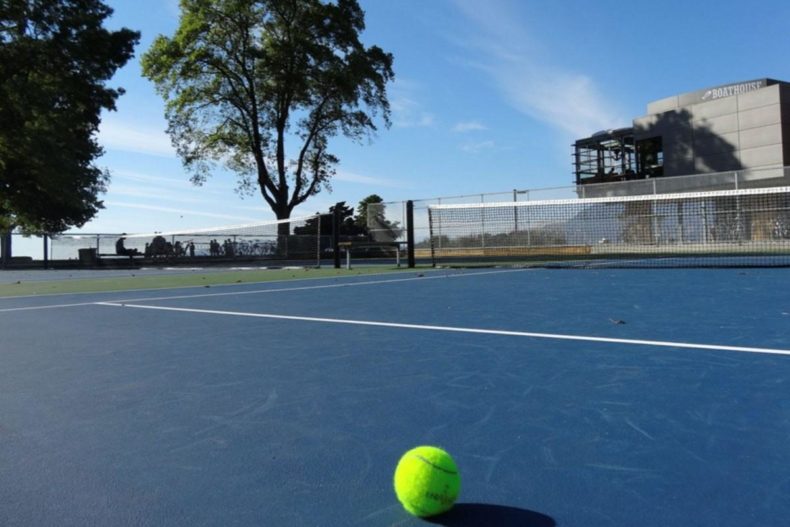 When it’s all about sport, Tennis has been one of the favorites across the globe. The tenacity, techniques, power, and skill had made many dived into the path of tennis. But, the influence of the Coronavirus had impacted the Tennis world, this is made the fans globally sit around their TV set for matches despite missing out a lot this year. With the ongoing US open, many would reminisce on their on-screen tennis games.

The video game has evolved and the impact of virtual reality had modeled the tennis in the 3D format with loads of career mode and tours.

However, Tennis games are a new addition to PS4 and the latest version of PlayStation 5. They were not as common in other lower versions of PlayStation, there are in PS4 and now PS5. Tennis games are not abundant in the market as other games like football, Basketball, and Golf but there are a number of them. So if you are a massive fan of Tennis, then be sure to check out the 5 best of the tennis game on-screen.

AO Tennis is one of the latest tennis video game developed and published by Big Ant Studios. AO Tennis was released for PlayStation 4, Xbox One, Android, and iOS on January 5, 2018. It is the first officially licensed game of the Australian Open. It features a career mode where the player works to become world No. #1, starting by being world No. #1500.

AO Tennis instantly became one of the best PS tennis games. They love it because of the excellent animations and graphics. The game also has two modes. The career mode and a single-player mode. The career mode lets you start from the bottom to the top. You start as an amateur tennis player and work hard for the pro title.

The single-player option has you playing against the technology that made the game. AO Tennis has the option of modifying your character. You choose how they dress and how they appear.

Although, it’s really easier to learn and fun to play the exciting feature that comes along with it increases its popularity.

This is such a favourite game with tennis players from all over the world. Although, it was not popular when it was dropped two years ago its simplicity and features are now been modeled. But the main shortcoming is that it only offered single-player mode, and people wanted more game modes. After fixing this, the game came back with a career mode. It does not provide as much as AO international Tennis, but it is still quite good.

Just like the AO tennis video game, the tennis world tour is easier to comprehend and fun to play. The features like the decency, good single-player mode, as well as the career mode, and decent graphics gave the game a spot in our countdown.

Virtua Tennis 4 is the third sequel to Sega’s tennis game franchise, Virtua Tennis. It was released on PlayStation 3, Xbox 360, Microsoft Windows, Wii, and this is the first main series Virtua Tennis game to not have an arcade release before the console releases. There are two versions of the cabinet: an upright 4-player cabinet, and a deluxe 4-player.

Virtual Tennis 4 was largely unavailable on PS3 initially, but the game was lastly available. A lot of people and gamers describe Virtua Tennis 4 years as the best tennis game. It has incredible graphics and teaches about the game of Tennis, techniques, robustness, and eloquence. People are eagerly waiting for the release of Virtua Tennis 5.

Most importantly, the ability to choose the hardship level on the game makes it a priority and on-screen tennis reality. Also, the feature of the game like the graphics, customizable characters, easier to play on a different platform and the fun-filled pact makes it a top choice on our list.

The name of the game traditionally gave the meaning and feature of the video game edition as a virtual reality game which means that the gamers will need PSVR pads. When it became available in 2018, the This game became an instant hit because it puts the gamers virtually in the tennis court.

Out to get the feeling of holding the racket and swinging it to hit a ball. Gamers worldwide love the edition of the VR game a lot because challenges are hard and the AI technology pushes you to the limit.

Despite it, feature and flamboyance in the challenge, graphics, and rendition, the Dream Match Tennis VR would settle for the second place on the list due to its price which would not make it readily available for everyone and perhaps the inclusions. E.g. PSVR pad.

In Top Spin 4, the deep coaching system added to the extensive career mode, and the character customization went so far as to enable the gamer to select different types of grunts and victory celebrations. It was perhaps all a little clinical (besides the bizarre uncanny valley player faces), but fluid player movement, balanced gameplay, and detailed, responsive controls combined to make for a rewarding experience for those who persevered.

Despite the machinations of EA’s Grand Slam Tennis 2 and its impressive feature set, the six-year-old Top Spin title looks set to top the rankings for some time to come – not least because bizarrely for such a major sport, there aren’t currently any decent new tennis games actually available for the current roster of consoles.