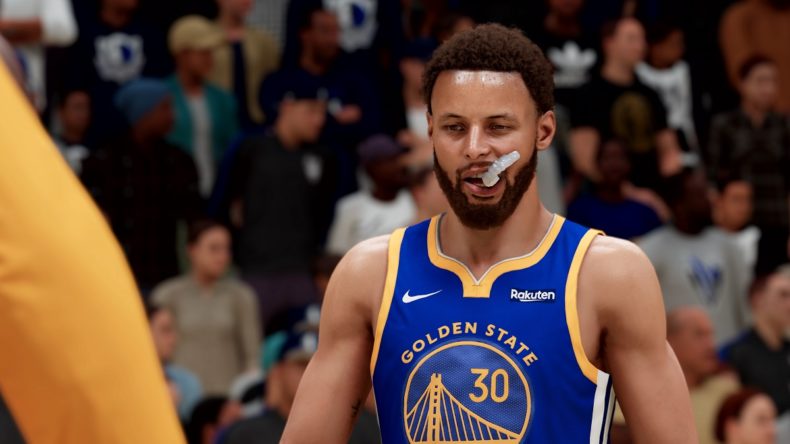 Today, 2K has released a video featuring a first look at brand new next-gen footage for NBA 2K21, captured on PlayStation 5. The gameplay showcases what fans can expect from the superb graphical realism and presentation in a match between Golden State Warriors and Dallas Mavericks.

“Never before have we been able to deliver this level of visual fidelity and realism in a video game,” stated Greg Thomas, president of Visual Concepts. “NBA 2K21 is the standout title that best delivers the promise of next-gen: truly revolutionary graphics, lighting-fast load times and incredible new features and gameplay only possible on next-generation hardware.”

The game has been built from the ground up, featuring new AI systems powering every single person in the arena. The new Rail Cam presents NBA 2K21 gameplay in a dynamic and visually stunning way. It will feature tons of improvements, including:

● An eye-popping leap in graphical advancements: next-gen lighting, textures, physics, animations, and more that push NBA 2K21’s visual presentation to the bleeding edge;
● Rebuilt player movement and player impact, driven by new on-court animation and collision engines that make for a smoother, tougher game;
● The entire arena comes to life, with more than 150 unique AI-driven characters interacting seamlessly to create a ground-breaking Lower Bowl experience;
● An expanded soundtrack with 202 songs at launch and more to come.

Starting tomorrow, 2K will be breaking down all of the new next-gen gameplay features across three Courtside Reports, including the “Impact Engine,” as well as major changes coming the the MYPLAYER Builder. NBA 2K21 will be available on Xbox Series X on November 10, and PlayStation 5 on November 12.

Video games are cool. Don't let anybody tell you any different.
MORE LIKE THIS
2knba 2k21next gen