previous
Bloodstained: Ritual of the Night is being developed for mobile
random
next
"I feel like I was meant to play this guy": Interview with Charlie Saxton, star of Trollhunters
0 comments 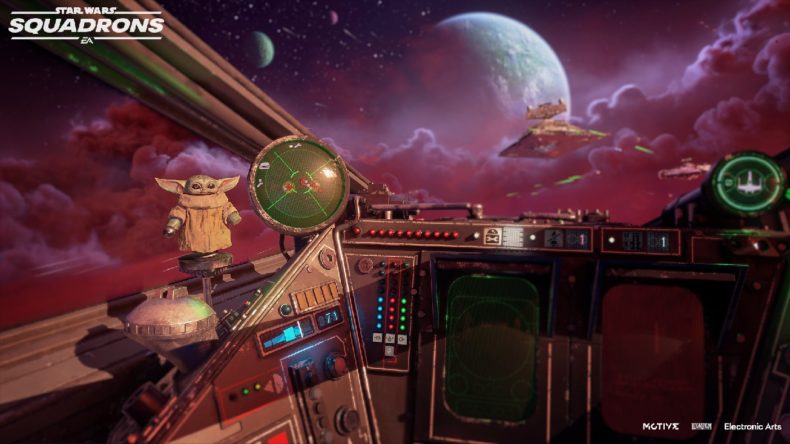 Anyone who has been enjoying some X-Wing dogfights in EA’s latest Sci-fi epic is in luck, as tomorrow Mandalorian content comes to Star Wars Squadrons. There are 8 new unlockable cosmetics available in the free update, so get ready to battle your way to the top on style.

“Get ready, pilots! Electronic Arts, Motive and Lucasfilm announced today during the Mando Mondayslaunch event that Star Wars™: Squadrons will be getting a surprise content update, with earnable in-game items based on the Lucasfilm series, The Mandalorian, which streams only on Disney+— just in time for the show’s season 2 premiere on October 30!

Starting Wednesday, October 28, Star Wars: Squadrons players will be able to unlock eight new earnable (free) cosmetic items to adorn their starfighters inspired by the first season of The Mandalorian.

I know a lot of people have been enjoying Squadrons since it launched a few weeks ago, so it’s nice to see EA supporting the fan base with some surprise extras so close to launch. I still haven’t watched The Mandalorian yet, so hopefully the imminent launch of the new season gets me in the mood for a Star Wars binge.