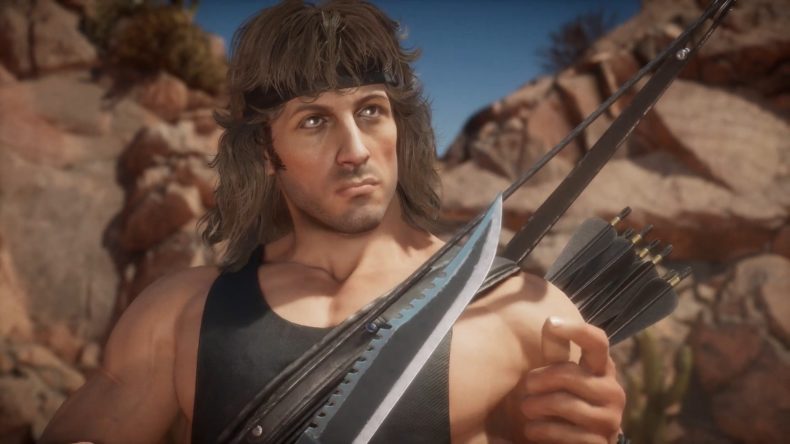 First Blood fans have a lot to look forward to next month, and Warner Bros has just dropped a new trailer showing off Rambo joining MK11. Tons of moves and costumes are showcased, with the voice of Sylvester Stallone adding that extra level of authenticity to the proceedings.

John J. Rambo, the former Special Forces soldier, brings his unique fighting skills to the Mortal Kombat universe, equipped with his signature survival knife for up close encounters and compound bow for longer range targets. As an expert in hand-to-hand combat, Rambo attacks with vicious grapples and uses traps to keep his opponents guessing, combined with his brutal strength to take on any Kombatant who stands in his way.

Rambo, licensed by STUDIOCANAL, joins the roster as a new playable fighter on 17th November as part of Mortal Kombat 11 Ultimate and Kombat Pack 2 and will include character skin variants inspired by the “First Blood,” “Rambo: First Blood Part II” and “Rambo III” films.”

After watching the trailer, I’m excited to pit Rambo against The Terminator and Robocop to fulfil all my wildest action film fantasies. His character looks to fit into the world of Mortal Kombat perfectly, and I’m excited to watch him score a fatality on Schwarzenegger’s famous character next month.