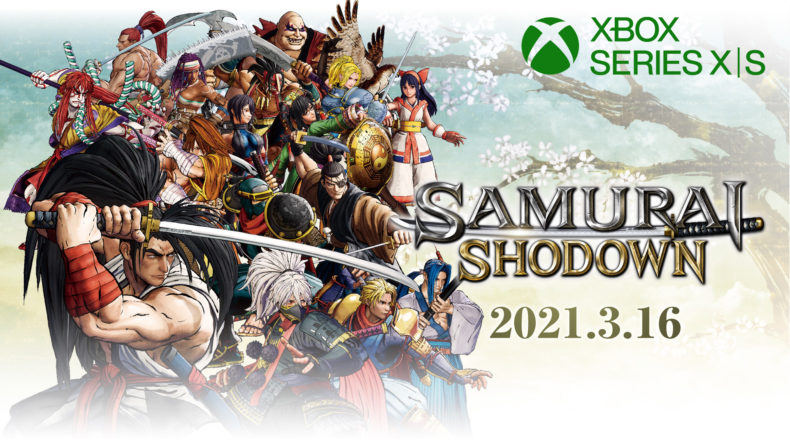 With new Season Pass characters just announced, SNK is going all in SAMURAI SHODOWN comes to Series X/S on March 16th. The exciting feudal fighter made waves when it launched in 2019, and SNK continue to shower fans in new content.

Since its creation in 1993, the SAMURAI SHODOWN series, known for its breath-taking battles and stunning characters, has redefined weapon-based fighting games. In 2019 – 11 years after the last installment – SAMURAI SHODOWN continued this tradition.

The new game is set in 18th century Japan, three years before the original game and sees the return of thirteen fan favourite characters. They are joined by three brand new characters. Among those are SAMURAI SHODOWN III protagonist Shizumaru Hisame joins the fight alongside GONGSUN LI from the massively popular mobile game Honor of Kings. Additional characters are available via Season Pass 1 and 2, with the third one slated to be released in February 2021. Classic Samurai Shodown concepts like the Rage Gauge, Lightning Blade, and Super Special Moves also made their return and allow players to turn the tables on their enemies even as they are close to death.”

I generally prefer playing fighters with an Xbox pad, so SAMURAI SHODOWN coming to Series X/S sounds perfect for me. SNK seem dedicated to keeping this game alive and healthy, so it’ll be the perfect time to Shodown this March.