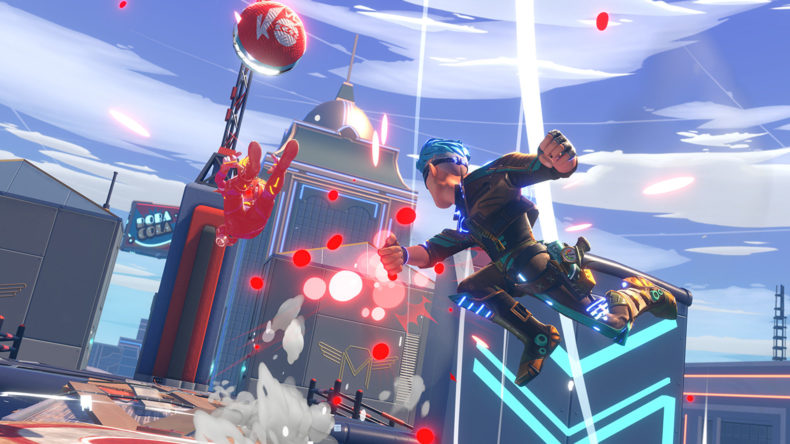 Knockout City is the latest competitive multiplayer on the market. It’s a lot of fun, especially when you know what you’re doing. It’s a fast-paced and frantic game that requires plenty of skill to get those all important knockouts. We’ve put together some tips to help you out. From dodging, catching, and throwing that vital shot, here’s how to gain the upper hand on your opponents.

Catching is the most important part of any match. Do it too late and you’ll find yourself knocked out. However, if timed correctly, the ball will become overcharged. When overcharged, the ball will instantly be able to be thrown at a faster speed, more likely to hit an opponent. Make sure you’re patient. Focus on the opponent, and when they throw it, don’t panic and press the left trigger too soon. As the ball is within a few feet of you, attempt the catch. If you can’t see the opponent, pay attention to the red outline at the sides of the screen. If they appear, a white arc will show up indicating where the ball is being thrown from. Turn as quick as you can and catch at the right moment to avoid getting smashed in the face. 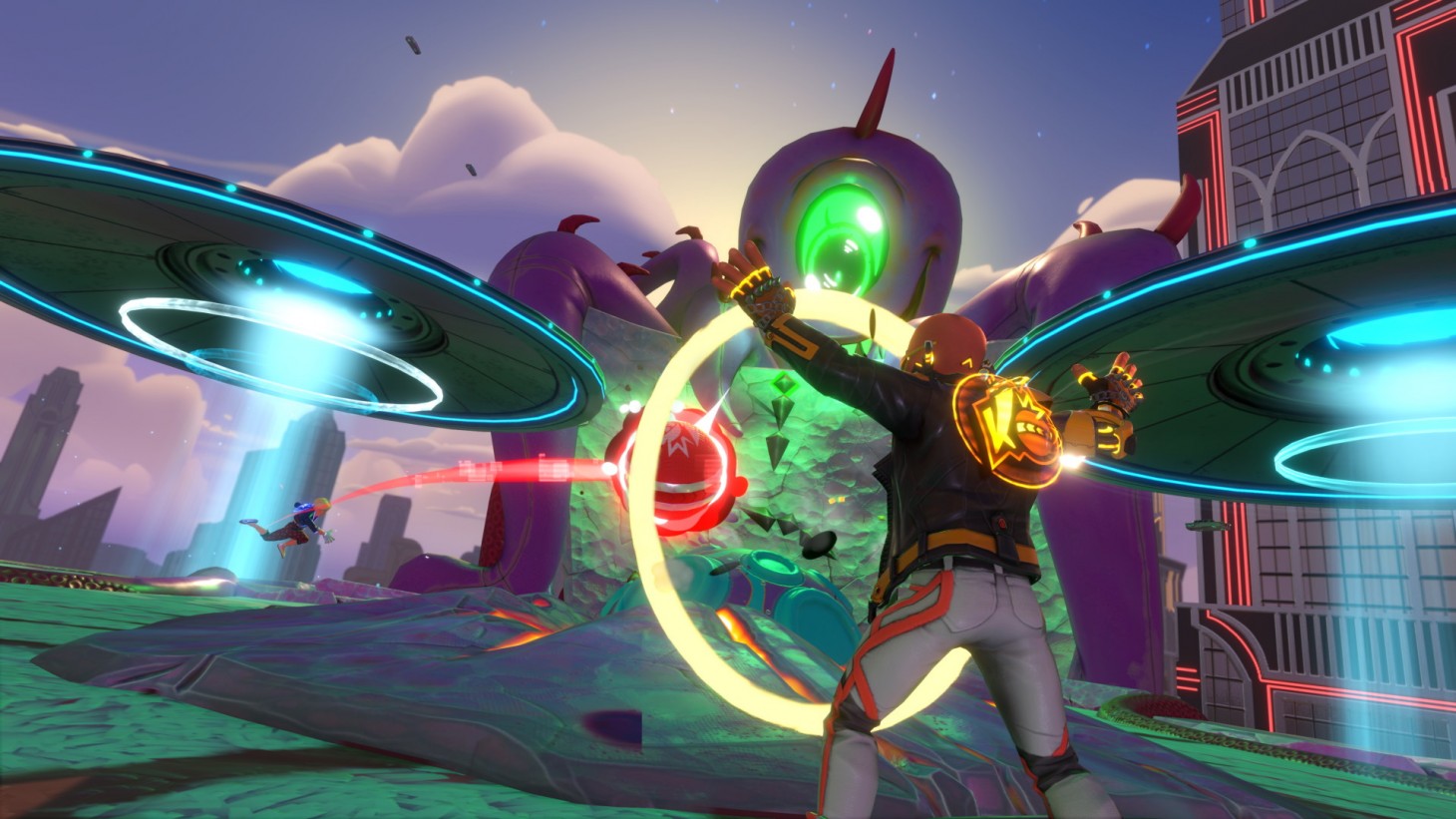 By pressing Square/X and moving the directional button towards an opponent, you’ll disarm them. You can also charge into an opponent to knock them away from a nearby dodgeball. Charging can also provide extra distance towards a ball, or evade an incoming throw. It doubles up as a dodging mechanic, so use it to get behind nearby cover.

Mix up your attacks

We’ve already touched upon this in more detail, but using the different throws can cause opponents to attempt the catch too early. Pressing Triangle/Y lobs the ball and pressing Circle/B sends the ball curving towards an opponent. The curve shot can be thrown around walls, therefore hitting opponents without them having any clue where the ball is coming from. Holding down on the right trigger powers up your shot. The more powerful it is, the faster the ball will fly towards the opponent. Utilise every attack you have to gain the advantage.

This can be one of the most important techniques to any match. When you’re ready to throw the ball at an opponent, press down on the right stick to perform a fake throw. This will often force an opponent to press the left trigger to catch. Following a fake throw, press the right trigger to throw the ball and it will almost always hit the same opponent if thrown quick enough. Whenever anyone goes to catch, there’s a couple of seconds when they can’t press it again, so fake throws are the perfect skill to outwit the opponent. 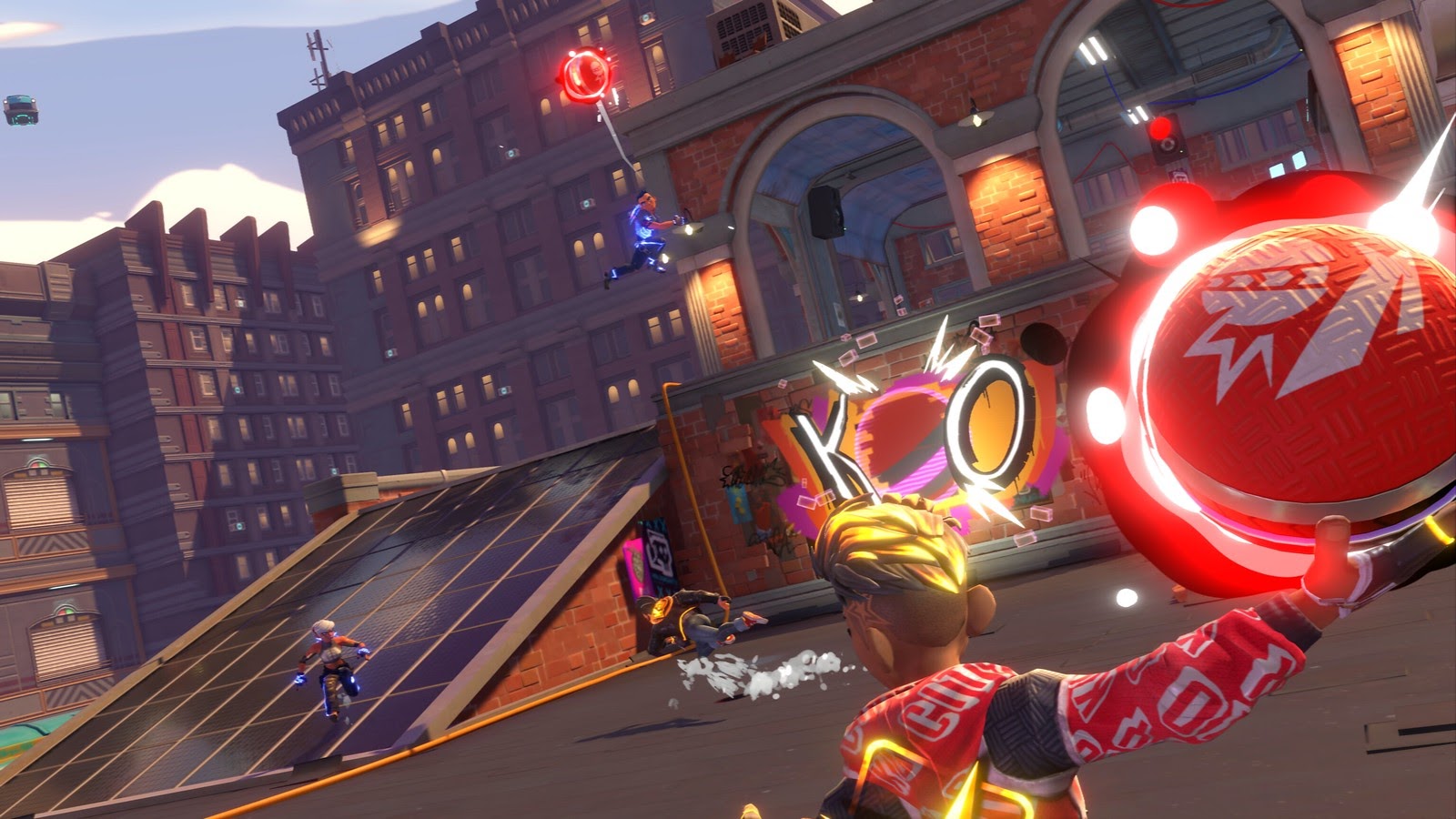 By pressing R1/RT, you become the ball. DO this near a teammate and they’ll be able to throw you at an opponent. This is great when there are no actual dodgeballs in sight, but it also guarantees a knockout if it connects. Watch out for teammates who become the ball as well, because it is a vital offensive attack.

Pass to an open teammate

Passing seldom happens in Knockout City, but it is a key manoeuvre if you want to outsmart the opposition. Look out for calls for a pass. Pressing L1 calls for a pass, so if you’re in a good position, teammates can pass the ball to you (with the same button). Whilst the action is frantic, this is an under looked skill that can really help to get the jump on your opposition.

Play with your friends

If you’re playing Knockout City with strangers, some of the more nuanced skills aren’t likely to be used. Passing is less frequent, and planning a strategy isn’t likely to happen. If you’re playing in a Crew, there’s more of a chance to work together and communicate. A planned offensive is a more successful one. 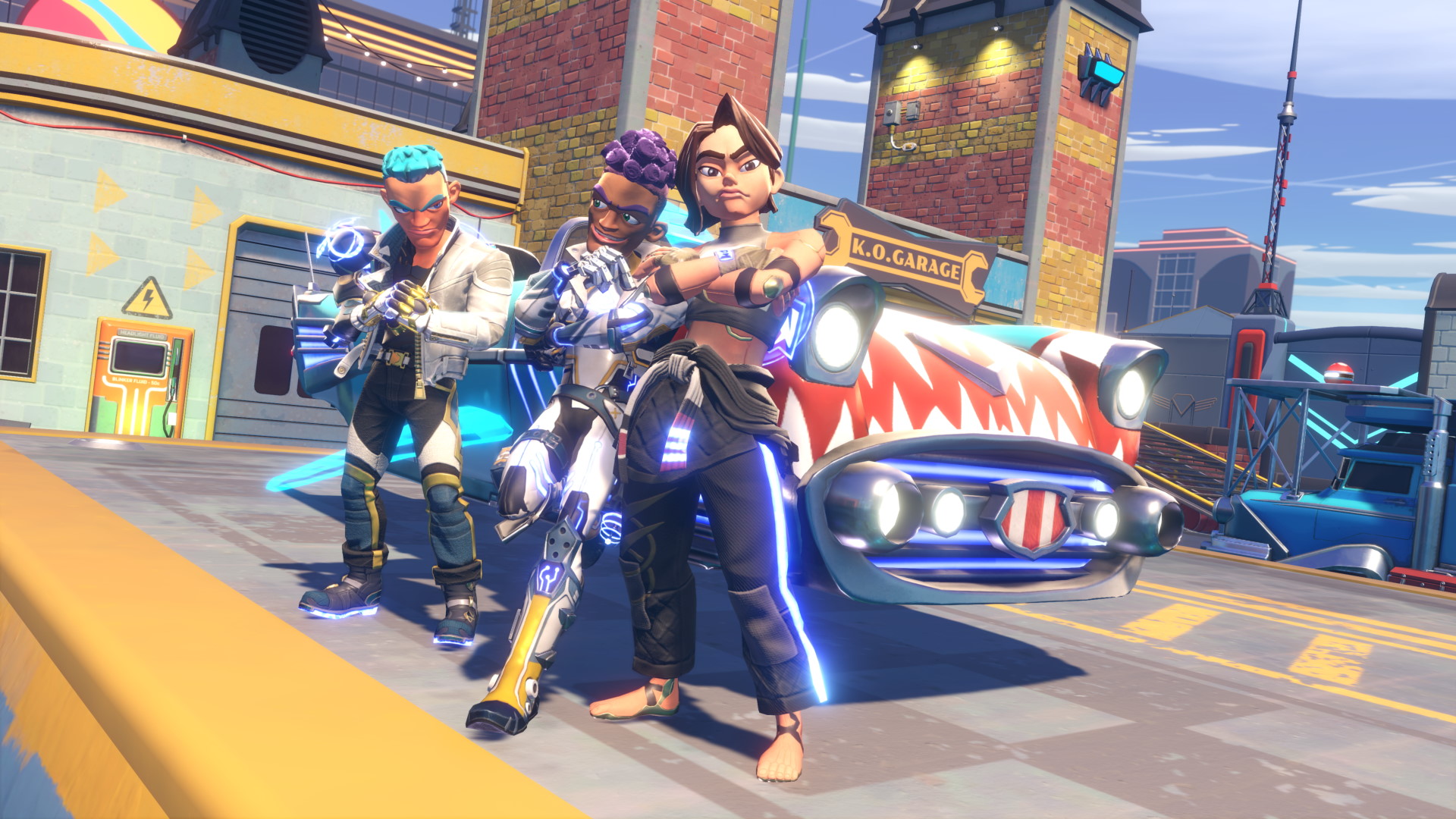 Knockout City Guide: Make use of the special balls

Along with the standard dodgeballs, there’re a selection of special balls that are great to cause extra damage and get that all important knockout.

Video games are cool. Don't let anybody tell you any different.
MORE LIKE THIS
EAGuideVelan Studios