previous
The release dates of 3 Pokemon games have just been announced
random
next
Solasta: Crown of the Magister is something I can't wait to get stuck in to
0 comments 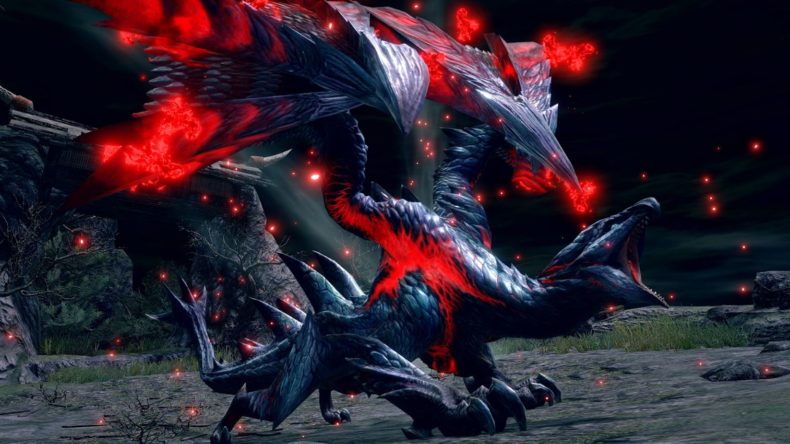 Capcom has revealed two new trailers for Monster Hunter Stories 2: Wings of Ruin and Monster Hunter Rise.  The trailers were part of today’s Monster Hunter Digital Event, which provided some exciting updates on what’s in store for each title.

Gamers got a first look at a mysterious light causing monsters to enter an enraged frenzy. We also get a detailed look at delving into Monster Dens for new eggs and the Rite of Channeling feature.  This will allow players to build entirely unique collections of Monstie companions when the game launches on Nintendo Switch and PC via Steam on July 9, 2021.

You can watch the new trailer for Monster Hunter Stories 2: Wings of Ruin here:

The trailer also teased new story details about the protagonist’s connection with Razewing Ratha, the whereabouts of their grandfather the legendary Monster Rider Red, and some returning characters from Monster Hunter Stories. While the connection between the rage rays, the global disappearance of Rathalos and the birth of Razewing Ratha is unclear, players can rely upon the assistance of their Battle Buddy Avinia and her Monstie Frostfang who make their return from Monster Hunter Stories to help unravel the mystery.

The May Digital Event also provided a first look at how Monster Riders will collect and enhance their Monstie companions. In order to collect new Monstie eggs, players will have to plumb the depths of any Monster Dens they encounter out in the field. Monster Dens come in all shapes and sizes, with rarer dens containing elusive monster eggs which have the potential for hard-to-find genes. After returning to the Stables with new eggs in tow, players can hatch the eggs to discover what new Monstie they’ve acquired, and use the Rite of Channeling feature to transfer unique genes from one Monstie to another. By combining genes of the same element or attack type, players can create a team of incredibly specialized Monsties, or mix genes from different monsters to create a more versatile Monstie, capable of using skills of every attack type and element.

For Monster Hunter Rise fans, the Digital Event showcased the second free title update for the game.  This update will be available for players to download and play later today. The Ver. 3.0 update will introduce two more new monsters to the game and will include a new ending to the game’s storyline, new quests, new weapon and armor options, new skills, and more.

Check out the new trailer for Monster Hunter Rise here:

During the May Digital Event, gamers also got an early look at the new content that will be included in Ver. 3.0.  First up, is the arrival of a new variant of Valstrax, the flagship monster from Monster Hunter Generations Ultimate. This mysterious Elder Dragon is known by the name Crimson Glow Valstrax.  It can soar through the skies by changing the shape of its wings, allowing it to fly and attack from unusually high altitudes. Next, Apex Zinogre enters the fray with an electric “golden lighting” look and different attacks that might leave hunters in shock. Additionally, a new quest featuring an epic showdown with the Thunder Serpent Narwa and Wind Serpent Ibushi will provide players with a highly-anticipated new ending to the storyline.

The DLC Pack 3 will be available for purchase today and will include even more new voice options, gestures, hairstyles, sticker sets, background music and more. In June, July and August, players can look forward to new collaboration quests, additional event quests and other extra content that will be revealed soon.