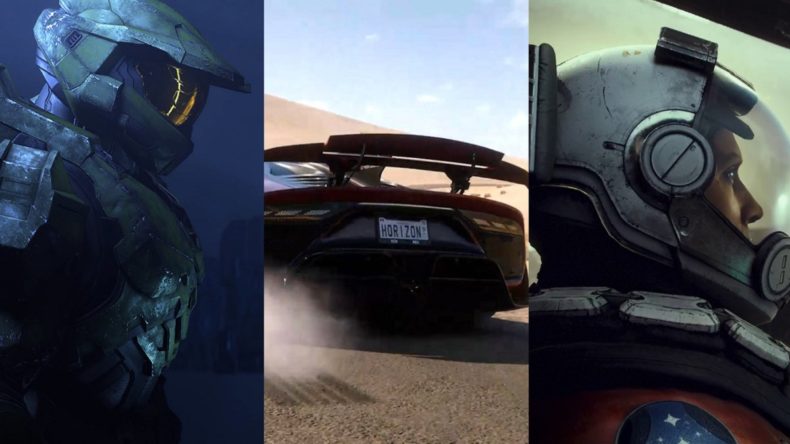 There were plenty of Xbox & Bethesda announcements during their presentation for E3, showing trailers for 30 titles with 27 of them being available on Xbox Game Pass. They announced there will be back-to-back monthly releases included on Xbox Game Pass from day one, including Sea of Thieves: A Pirate’s Life, Psychonauts 2, Age of Empires IV, Forza Horizon 5, and Halo Infinite before the end of the year. They said this was all part of the commitment laid out earlier this week to ‘building the best, highest-quality and diverse video game line-up in the world’.

See below for all 30 trailers presented:

Hailed as ’25 years in the making’ Starfield an RPG will be an Xbox exclusive game with a release date of November 11th.

Sea of Thieves: A Pirate’s Life

Xbox included a snippet of the upcoming expansion Top Gun: Maverick due for release in the final quarter of 2021 as a tie in to the film. Finally you can pretend you’re Maverick!

Including details of the exclusive AMG Project 1 vehicle and boasting its most open-world experience so far Forza Horizon 5 also holds new features such as the events lab where you can customise the play.