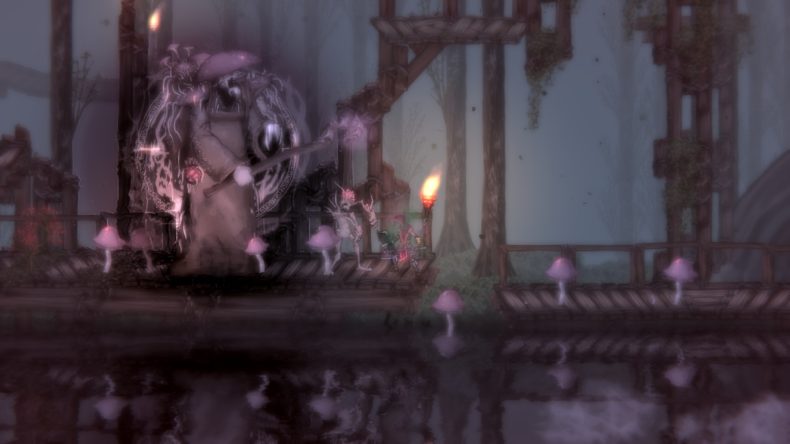 It’s that wonderful time of year for game announcements, and today we saw Salt and Sacrifice revealed at the E3 kickoff. The follow up to the critically acclaimed Salt and Sanctuary is coming early next year to PS5 and PC.

“Salt and Sacrifice, the next installment in the million-plus selling soulslike platformer Salt and Sanctuary series from Ska Studios and Devoured Studios, begins the hunt for Mages on PlayStation 5 and PC in Q1 2022.

In Alterstone Kingdom, captured criminals face two choices for their punishment: death or service. Most opt for execution, but a brave few choose to live life in penance as Marked Inquisitors. These wandering wrongdoers hunt wicked Mages, devouring their hearts to prevent them from terrorizing the Kingdom any further.

Customize a Marked Inquisitor’s crime, look, and class. Choose from one of eight starting classes — Highblade, Paladin, Assassin, Cleric, Dualist, Fighter, Ranger, or Sage — then partake in the Magebane Rite. Imbibe the sacred drink, speak the words, and come away from the rite Spellmarked, in a flux state between life and death. Free from mortal fears, the Inquisitors vow to spill the blood of Mages to put an end to their cruelty.

Prepare for each excursion at Pardoner’s Vale, a hub filled with friendly Inquisitors. Set out and roam eerie villages, tomb temples, and swamp kingdoms in single player or drop-in drop-out online co-op. Find clues and track down more than 20 types of Mages, including scorching Pyromancers, toxic Venomancers, and abominable Corpumancers. Wield grappling hooks and pursue them, then slay them in brawler-style side scrolling combat.

Ska Studios brings back its signature hand-drawn look, providing each candlelit cave and foggy forest with a personal feel. The expansive Bestiary features more than 100 monsters, many inspired by Scandinavian folklore. James Silva’s haunting score injects a sense of foreboding throughout the entire journey.

Salt and Sacrifice will be available for PlayStation 5 and PC for USD $19.99 Q1 2022 in English, French, Italian, German, Spanish and Portuguese.”

The original game in the Salt series was almost universally loved, and the announcement of a sequel was a big surprise. Hopefully this is the first of many big reveals we get over the coming weeks.