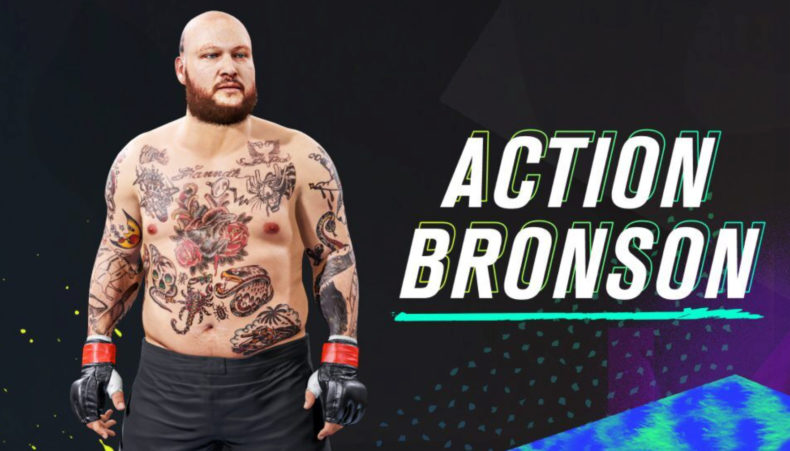 Electronic Arts has announced Action Bronson as the latest addition to UFC 4.  This news comes ahead of the inclusion of UFC 4 to the EA Play platform.  The rapper took to his Instagram and revealed that fans can use him as a playable character in the game.

Action Bronson is a music artist, chef, television presenter, and lifelong MMA fan.  He also delivered the vocals for the trailer of UFC 4 in July last year.  Bronson’s inclusion into the roster is no fluke. The rapper has been on a transformational weight loss journey over the last year.  He has trained relentlessly and practiced martial arts to shed more than 125 pounds.  His impressive fighting skillsets have been crafted through training with rising UFC bantamweight Marlon Vera and Brazilian Jiujitsu expert Orlando Sanchez.

Chris White reviewed UFC 4 when it was released in August 2020.  He had this to say:

UFC 4 sees a big improvement on making the transition from clinches to strikes more fluid, and the overhauled submission system makes it easier for people like me who get confused by EA Sport’s take on transitioning from full guards to submissions, to everything else in between. The Career Mode has also seen some nice improvements, and the Blitz Mode is a lot of fun. Visually, it is still very much the same as it was in UFC 3, and even though the commentary can be repetitive, it’s nice not having to listen to Joe Rogan this time around. UFC 4 feels like a step in the right direction, and by the time we see the next entry in the series, the next generation of consoles could be the perfect home for the future of UFC.

UFC 4 is available to play on PlayStation 4 and Xbox One.