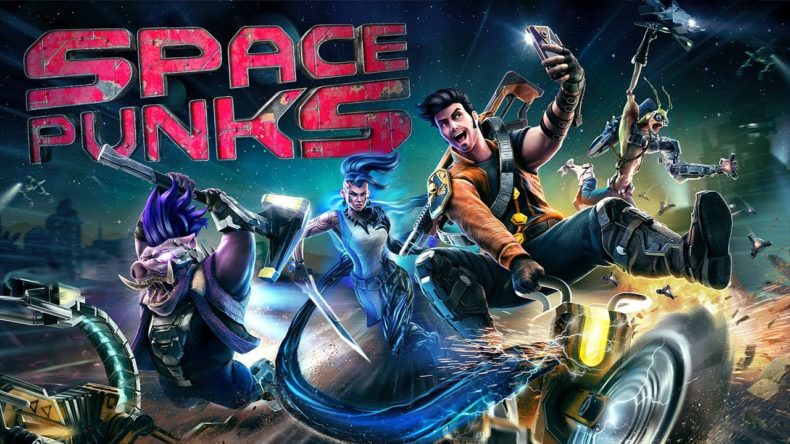 If playing Space Punks in early access has taught me anything, it’s that marketers get a lot of mileage out of the words “Borderlands meets…”. Or “Diablo meets”, for that matter. That’s how Space Punks is being sold and, while I get it, well, it’s not quite that. Not yet, anyway.

First of all, I should say that Space Punks isn’t a bad game. In fact, it’s pretty good fun in short blasts. As you head down to an alien planet with your mercenary of choice to shoot robots and monsters and loot chests, the cel-shaded aesthetic does its best to invoke Gearbox’s magnum opus. But while it’s bright and colourful and has a general air of forced zaniness, it lacks one crucial component: charm.

Borderlands is a series set across hostile alien worlds, peopled by characters you shouldn’t like, but do. It’s funny, violent, irreverent. While all these words were probably plastered all over Space Punks’ design document, it tends to miss the mark on all but the violence. There’s almost no character to any of it, even the actual characters. 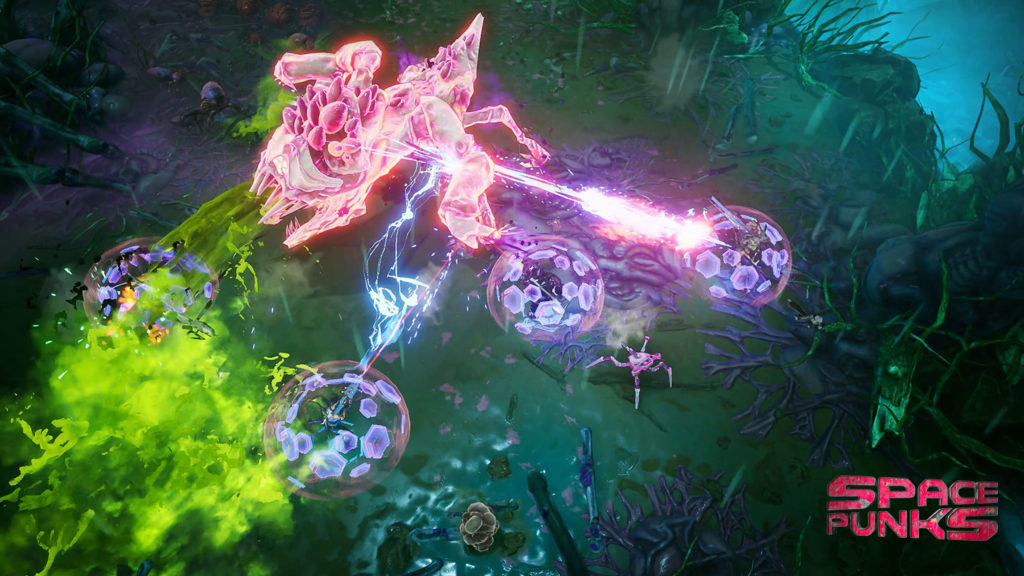 There’s Handsome Space Dude, Beautiful Space Badass, Space Pig Guy, and a grown-up version of Men in Black’s coffee aliens. They have names, and an assortment of one-liners they regurgitate over and over in-mission. Beyond that and a unique skill tree, there’s nothing else. There’s no over-arching plot to follow, no big bad antagonist to worry about. Just a lot of scavenging missions to a hostile planet that are nothing a small army couldn’t sort instead.

If you’ve played The Cycle, you’ll have experienced a free-to-play adventure with a similar premise. The difference is the PvP element and steadily worsening storm gives a sense of urgency and context. In Space Punks you’re just going into hostile territory for no real reason. There’s a space station hub where you can pick jobs, access your inventory, level up. Oh, and of course access the Premium Store, which is currently fairly barren. There’s no ease-of-access menu here, either, you’ll have to schlep around the place to access even your own inventory to switch out gear. While cosmetic skins must be earned or bought, loot comes in the form of a ranged weapon, melee weapon, health module, shield and gear item. There’s also a sixth slot that I’m yet to unlock.

An isometric blaster, Space Punks has you completing short missions while scavenging gear. These missions are fairly simple but a little repetitive. You’ll be restarting generators, destroying generators, killing bosses. And that’s more or less it for now. This is early access and more will come, but there’s not much here to carry you at present. Thankfully, the minute-to-minute gameplay is pretty damn fun. Guns feel effective and destructive, melee attacks have an impact, and the synergy between your Punks’ special abilities promotes teamwork. Sadly there’s no communication option right now, though. 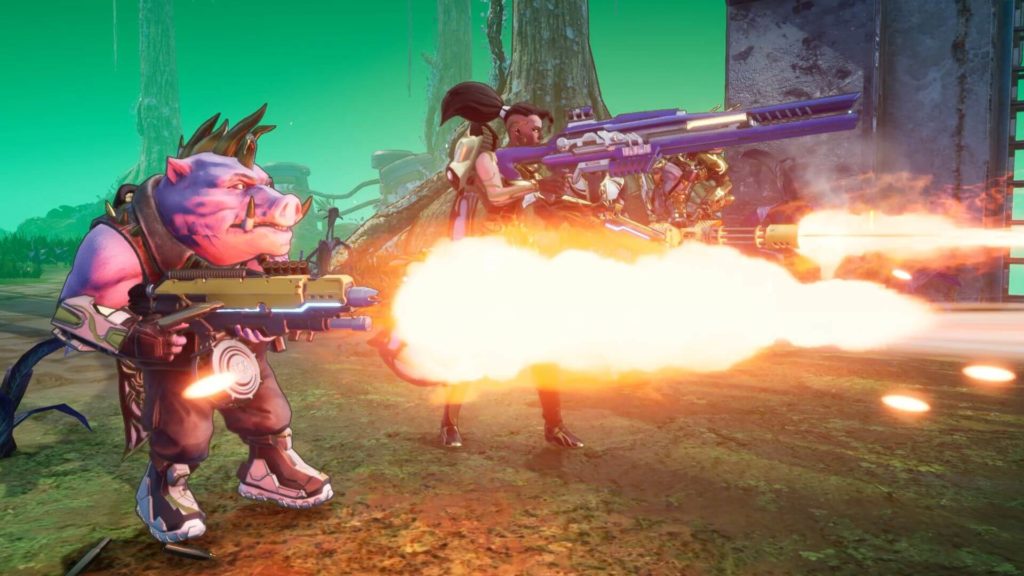 It’s also not easy to land a game. I’ve tried multiple times to matchmake and had very little luck. As my Epic friends list is about as busy as an igloo sale in Dubai, I’m mostly left ploughing through it alone. It works, though. Playing alone is definitely viable, but I feel Flying Wild Hog really want to generate stories of mayhem. At present, there’s not enough personality for that. Even with other people, lack of voice chat and little potential for emergent moments leaves me a little cold. The loot game is decent, though, and there’s scope for interesting build diversity down the line.

There’s a lot of potential here, but at the moment it needs a bit more variety and personality. The shooting is fun, the aesthetic is lovely, and there are seeds of something great. Early access means it will grow, if given the chance, and so I’ll likely eat my words in a few months. But at this point Space Punks is a tad too generic to make a lasting impression.

Senior Content Editor Mick has been playing games for over 30 years and writing about them for around 12. After drifting from site to site for a while, settling briefly at the now-defunct Made2Game and freelancing for the gone-but-not-forgotten NintendoGamer Magazine, he came at last to rest at Godisageek. Mick has been a reviewer, staff writer and content editor here for some time, while also moonlighting a little for Red Bull Games. He has 4 kids, has written 2 novels, and sometimes even manages to pay a bill or two. You'll usually find him defending the galaxy in Destiny 2, battling evil in Diablo 3, or lurking in the background on Twitter. Find him there @Jedi_Beats_Tank, or on XBL (JediWaster247), PSN (Jedi_Waster) or Nintendo (JediWaster).
MORE LIKE THIS
Flying Wild HogJagexSpace Punks