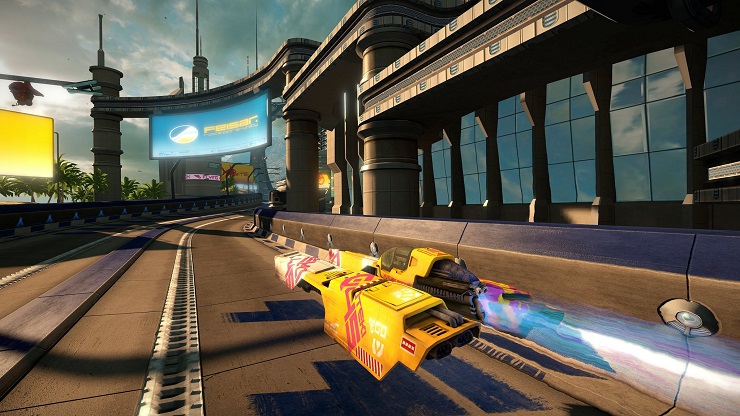 There’s been a few rumours doing the rounds recently about wipEout. More specifically, that it is coming back.

Turns out that the rumours are true, only it’s not coming to PlayStation 5 as some killer new high-octane racer. No, it’s a mobile game for iOS and Android instead, due out in early 2022.

It’s called wipEout Rush and will have a full single player campaign, and according to IGN (who seem to have the exclusive on the trailer below), it’ll have 60 ships from the original games.

The last time we saw Wipeout was when the Omega Collection hit PlayStation 4 back in May of 2017. Back then Chris White said “It’s great to see this series on the PlayStation 4, and you’d be daft not to give it a go. Fantastic track design, a stunning soundtrack, and plenty of game modes makes this one of the best racers out there.” in our review.

Of course there was also Wipeout 2048 on PlayStation Vita which was also excellent. But the studio itself behind the games was eventually shuttered. Studio Liverpool were responsible for a lot of games people loved. Before it was Studio Liverpool it was Pysgnosis, and that’s a name people of a certain will definitely remember.

Wipeout Rush is coming to iOS and Android devices in early 2022.

Editor-in-Chief here at GodisaGeek, I organise almost every bit of content as well as running our weekly Podcast, and being the lead producer on our YouTube Channel. That means I'm very busy and sometimes grumpy. Yay!
MORE LIKE THIS
WipEout

The Wipeout Generation – A Fan Made Soundtrack