previous
First expansion for Risk of Rain 2, Survivors of the Void, coming 2022
random
next
Disco Elysium – The Final Cut physical editions out now for Xbox One and PS4
0 comments 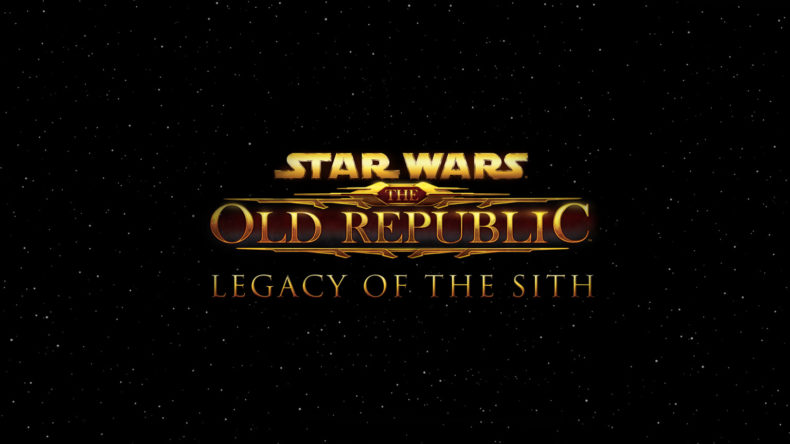 It’s hard to believe that Star Wars: The Old Republic launched 10 years ago. After a rocky release, BioWare’s hybrid solo/MMO RPG has gone from strength to strength. From introducing regular new content, and releasing staggeringly good cinematic trailers, to – most importantly – listening to fan feedback to implement changes.

What we have now is a huge free-to-play solo experience that morphs into a galaxy-spanning MMO if you choose to pay the monthly subscription fee. Perhaps the most impressive feat has been making classes like Smuggler and Bounty Hunter feel as cool to play as Jedi and Sith, but Star Wars: The Old Republic manages it.

We were recently invited to an online with a handful of SWTOR’s lead developers to learn about the upcoming expansion, Legacy of the Sith, launching on December 14th. It promises a load of new content and adventures, new and returning characters, and a host of mechanical changes that are going to make a huge difference to existing players while making the game more accessible overall to newcomers.

Read on to learn about the big changes and additions coming with the new expansion. 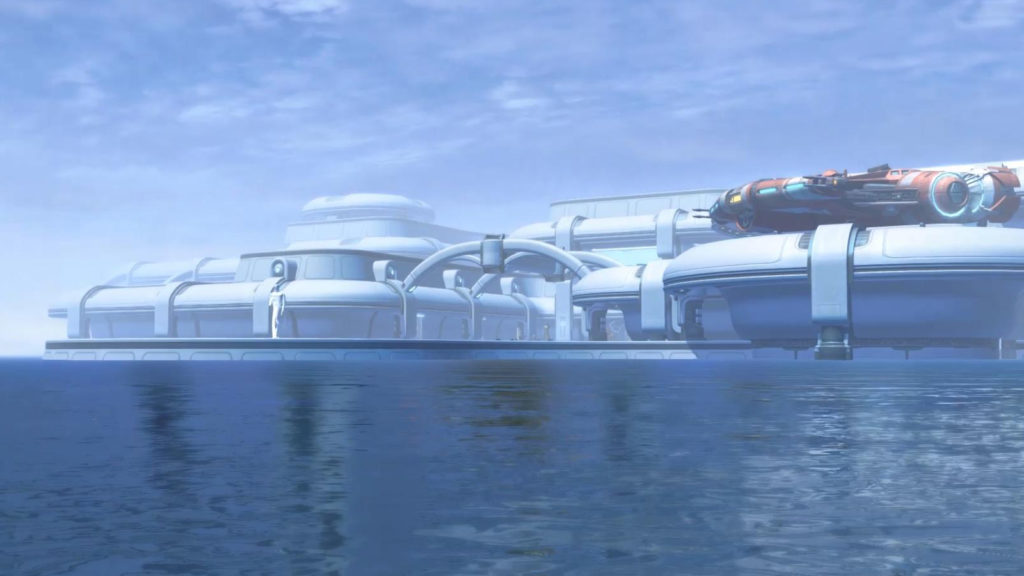 1. A new location and storyline

The plot of Legacy of the Sith revolves around Manaan, an aqueous world where the indigenous people, the Selkath, manufacture the healing substance known as Kolto. The Sith, led by Darth Norok, have invaded Manaan and intend to seize complete control of the planet and the Kolto. It’s up to you and your allies to band together with the native Selkath to prevent the Sith takeover.

CHECK IT OUT: Review – Star Wars: Squadrons is the perfect marriage of Star Wars and dogfights

Of course it’s not the first time some players will have travelled to Manaan, as it was featured as a hub world in Knights of the Old Republic. Interestingly, Community Manager Jackie Izawa also confirmed that the player will be able to create a Stronghold on Manaan to help with exploring the new world. 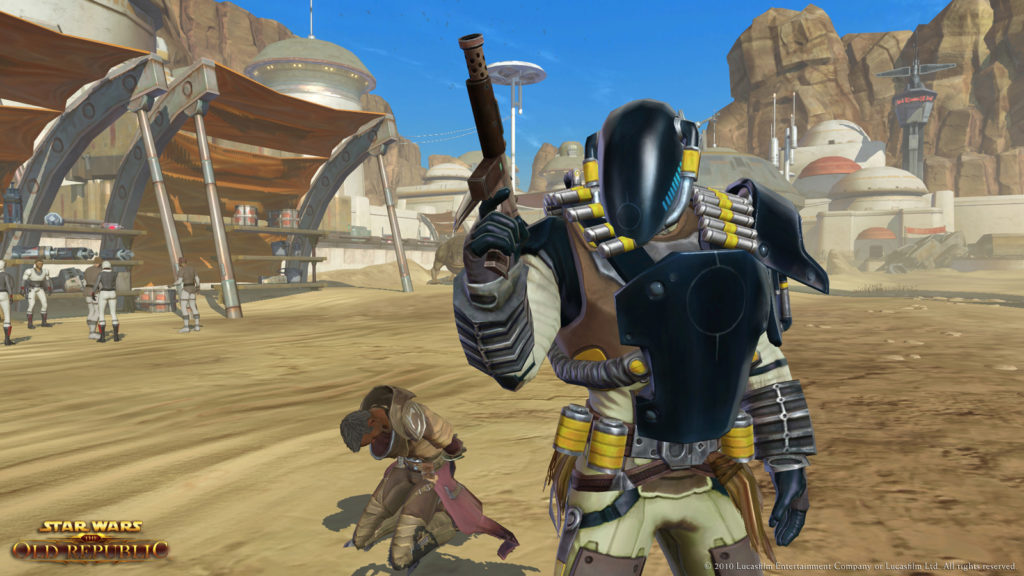 A Flashpoint in SWTOR is a four-player experience analogous to a dungeon, which you can also play solo as story content. The new Flashpoint, set on Elom, sees players chasing down The Old Republic’s main villain, Darth Malgus, who has come to Elom looking for records of a mysterious Sith Lord known as Darth Null.

Your job will be to investigate Malgus’ involvement and to search for signs or remnants of an archaeological team that was sent in to explore the ancient ruins of Elom.

Unusually for Star Wars, the new Operation is almost like a “space horror” according to Creative Director Charles Boyd. Operations are 8-player pinnacle content, like Raids in other MMOs, which require players to be fully geared and highly skilled. Mechanically complex, Operations feature bosses and puzzles as well as challenging combat encounters.

The R4 Anomaly will launch in January 2022, and will invite players to investigate a secret research installation built into the side of an asteroid. A clandestine group of Sith fanatics called “the Unmasked” has taken over the station and it’s up to you stop them combining Dark Side Force powers with ancient technology. 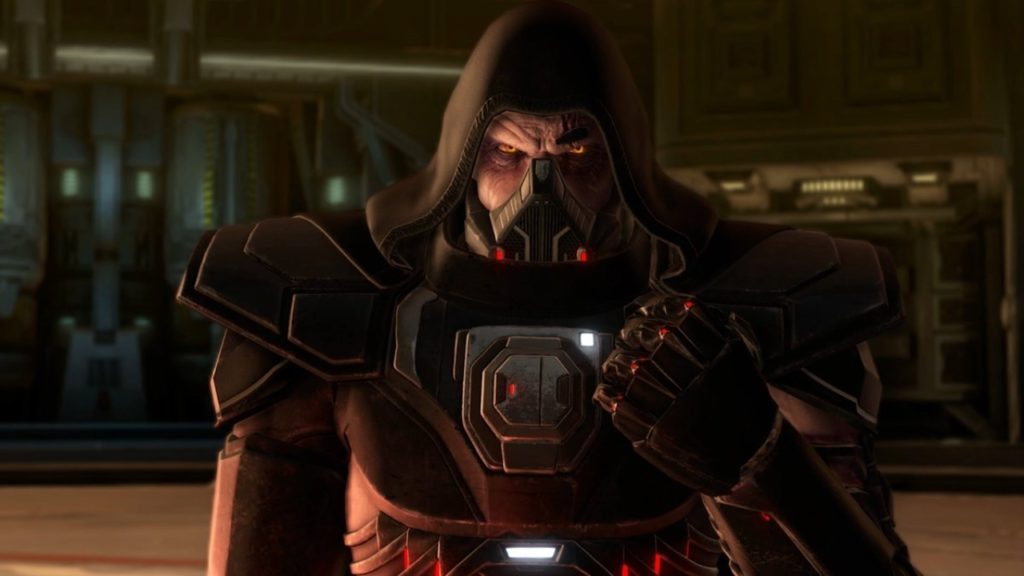 Darth Malgus: The poster-boy villain most famous for featuring in the first few cinematic trailers returns in Legacy of the Sith. He was presumed dead for a while (since players beat him in SWTOR), but he’s back, alive and kicking and working to his own agenda.
Major Anri: A character first introduced in the Onslaught expansion, Anri is a Twii’lek Imperial Commando who serves the Empire but acts as a companion and ally for the player.
Arn Peralun: A fan-favourite Jedi who appeared as a Padawan during the Onslaught storyline, Arn was severely wounded and had almost his entire body rebuilt with cybernetics. Charles Boyd jokes that he’s almost a “Light Side version of Anakin Skywalker”.
Lana Beniko: A favourite romance option in SWTOR, Lana is a loyal ally to the player despite being a powerful Sith Lord. She serves as an AI companion in the solo version of the Elom Flashpoint.
Tau Idair: Arn Peralun’s former Master, Jedi Tau Idair is a primary character of Onslaught and returns in Legacy of the Sith. Fun fact: she’s incredible with a lightsaber. She joins players on the Republic side during their adventures on Elom.
Darth Rivix: A charming, roguish Sith Lord who acts as a companion for players on the Imperial side. Rivix was also introduced in Onslaught.

Colonel Gallo: One of the new characters, Gallo is a Selkath war leader overseeing the defences of Manaan. She will reluctantly work with Republic players during the Manaan storyline, but isn’t a fan of either side.
Colonel Korrd: A straight-laced Imperial commander, Colonel Korrd is Anri’s commanding officer and acts as the mission lead for Imperial characters.
Darth Norok: The big bad in Legacy of the Sith is Norok, a logistics officer tasked with taking control of Manaan. He’s a renowned lightsaber duelist and ruthless to boot. 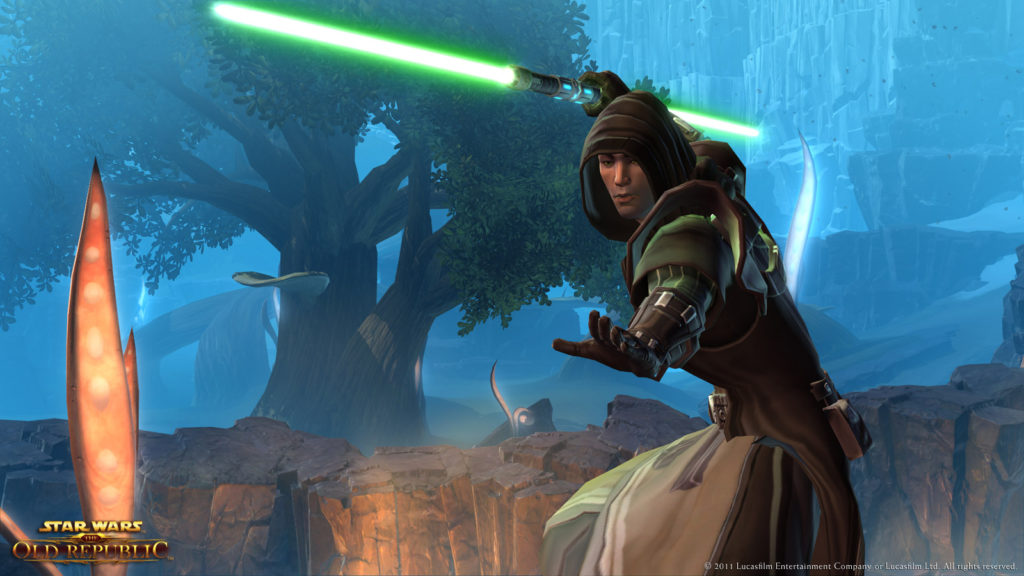 In the past you picked a class, which would determine a host of character elements, including combat style and skills. After a predetermined amount of time you’ve then be able to pick an advanced class, a period of time that has grown shorter and shorter with each update.

CHECK IT OUT: Review – Star Wars Jedi: Fallen Order is the game you’re looking for

In the 7.0 update, you class will become your “Origin Story”. It makes sense given that it’s an entirely story-related choice, and determines the campaign elements you’ll play through for the first 50 levels. The way you play the game, however, will now be tied to “combat styles”.

You’ll be able to pick from a much larger list of different styles. As an example, Boyd described being able to make a Trooper character who fights with two pistols like Captain Rex from The Clone Wars. It will allow for a much more diversified character pool. Even Force-users will be able to mix and match powers, although you’ll need to max out an alignment before you can switch to the other side.

Perhaps more exciting is that you’ll be able to switch between several styles, for example switching between pistols and rifles as a Bounty Hunter or Trooper. 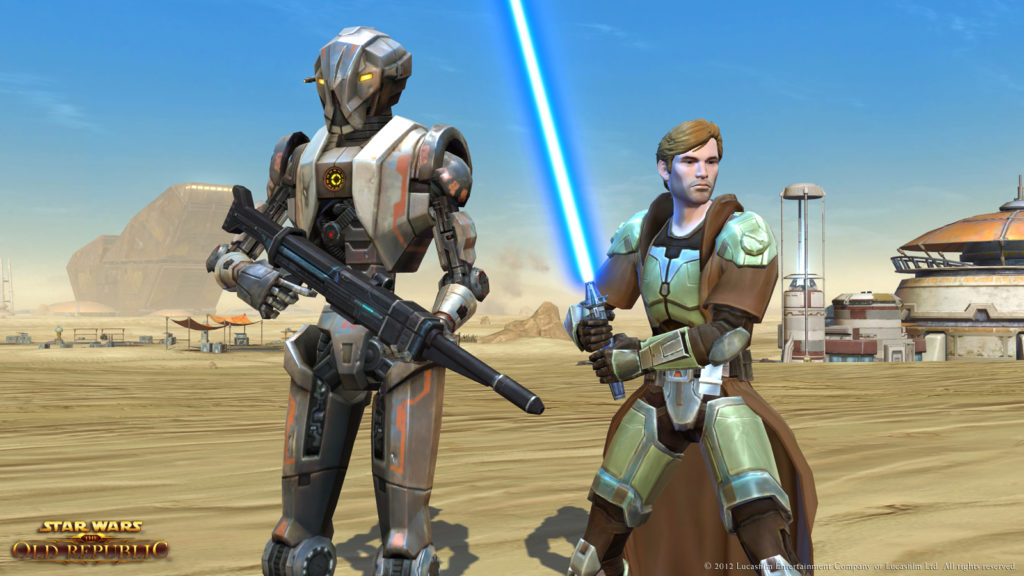 Here’s to the next ten years

As for the future, Project Director Keith Kannig revealed that Legacy of the Sith will kick off a “year of celebration” for Star Wars: The Old Republic.

“This is going to be like a foundation year for us,” said Kannig, “even though it’s ten years into our life cycle. If we want to last another ten years, we need to make a lot of improvements and changes. We need to refine where we’re going and what our story’s going to be.”

Charles Boyd confirmed this, saying: “That’s exactly how I’d put it, too. We want to build on all of this amazing storytelling, all of these choices players have made that have made their character unique up to this point. How many games get this opportunity, to tell this continuing, branching narrative?”

There’s a lot more coming to Legacy of the Sith besides what’s listed here, too, including UI changes, modernisations, the “almost” complete eradication of RNG (random number generation) in gearing up, and a host of events through the year to keep players engaged with both new and old content. One thing that’s clear is that the team is dedicated to carrying Star Wars: The Old Republic through another ten years and beyond.

Star Wars: The Old Republic – Legacy of the Sith will launch on December 14th.

Senior Content Editor Mick has been playing games for over 30 years and writing about them for around 12. After drifting from site to site for a while, settling briefly at the now-defunct Made2Game and freelancing for the gone-but-not-forgotten NintendoGamer Magazine, he came at last to rest at Godisageek. Mick has been a reviewer, staff writer and content editor here for some time, while also moonlighting a little for Red Bull Games. He has 4 kids, has written 2 novels, and sometimes even manages to pay a bill or two. You'll usually find him defending the galaxy in Destiny 2, battling evil in Diablo 3, or lurking in the background on Twitter. Find him there @Jedi_Beats_Tank, or on XBL (JediWaster247), PSN (Jedi_Waster) or Nintendo (JediWaster).
MORE LIKE THIS
BiowareLucas Artsstar wars the old republicswtor