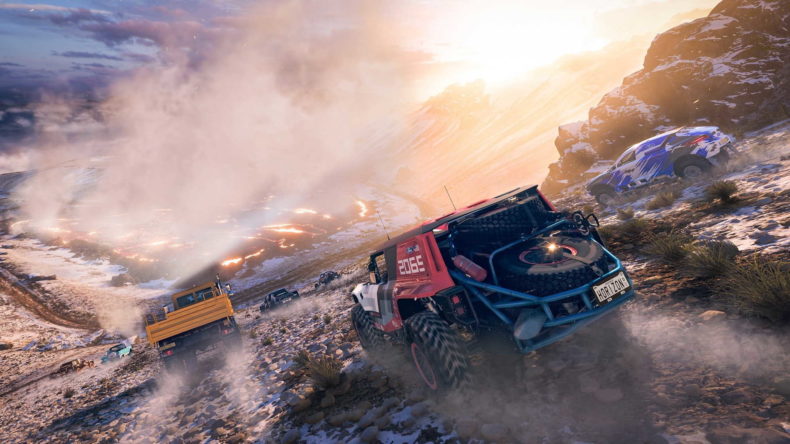 I have had one of the strangest, and most life changing years of my life. For the first time in a long time, I have been both reflective and forward thinking. I joke a lot on our podcast about health issues, and always say that games are a mainstay in my world. And while I’ve both torn up the rule book and also written a new one for myself, games have kept me safe and sane throughout 2021. Like last year, games have again been a welcome and required respite from all of the noise, trauma, and terror out there. Thank heavens for games.

Despite everything, we’ve had so many excellent games this year. I’ve had a list running all year, as usual, but when others had been saying “I’m worried about my top ten this year” before the Summer had even hit, I already had a full ten with honourable mentions. I’ve had so much fun and I seem to be finishing more games per year than ever before. The lacklustre Call of Duty and Battlefield releases are two titles I haven’t even touched yet (aside the 2042 beta, which I didn’t like at all), but on the other hand, Halo Infinite brought back a multiplayer mode I really loved. So let’s get started with some mentions to those that didn’t quite make the ten. 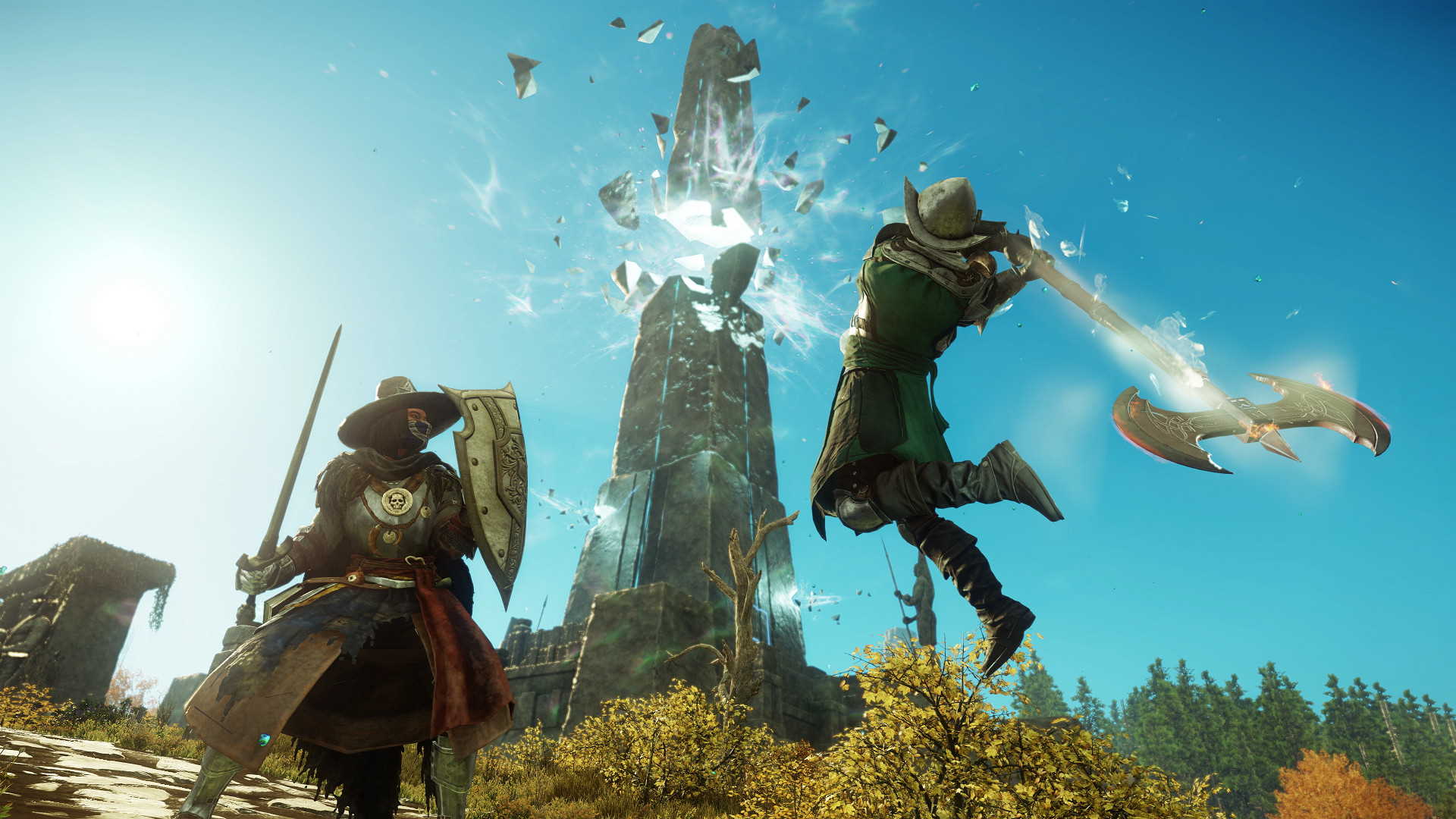 Monster Hunter Rise was both a game I loved, but also was massively disappointed in. A terrifically playable title let down by being on hardware that couldn’t push the game on from Monster Hunter World. I wanted improvements on that fabulous experience, but it was more of a sideways step. Many will disagree with me, but I want more from the market leader. Despite that, a great, fun multiplayer experience when you get down to it.

Outriders is probably a game most won’t even remember. A simple third-person shooter that adds powers and is essentially a looter-shooter that is a live service game without the live service. Tremendous fun, brutally difficult at times, and just an all round good time.

Death’s Door is a surprise to me. The previous title from the dev was decent, but lacking a lot. Death’s Door was just fun from start to finish. Lovely visuals, responsive controls: what’s not to like?

New World was so close. Literally until I was forced at gunpoint to play Life is Strange: True Colors, this was on my list. If it weren’t for the fact it feels as though the developer is constantly sabotaging itself, I think it might even be on the list still. I finally found my MMORPG, only, it’s more grindy than anything else. It’s a podcast game, and that’s fine.

Hitman 3 feels like it came out more than a year ago. It’s the best Hitman IOI has ever made, let down a bit by not sticking the story-landing, and having a very weak final level. Dartmoor is the best level in the series. It’s more playable, better looking than ever. It might be forgotten in the melee, but I love Hitman 3. 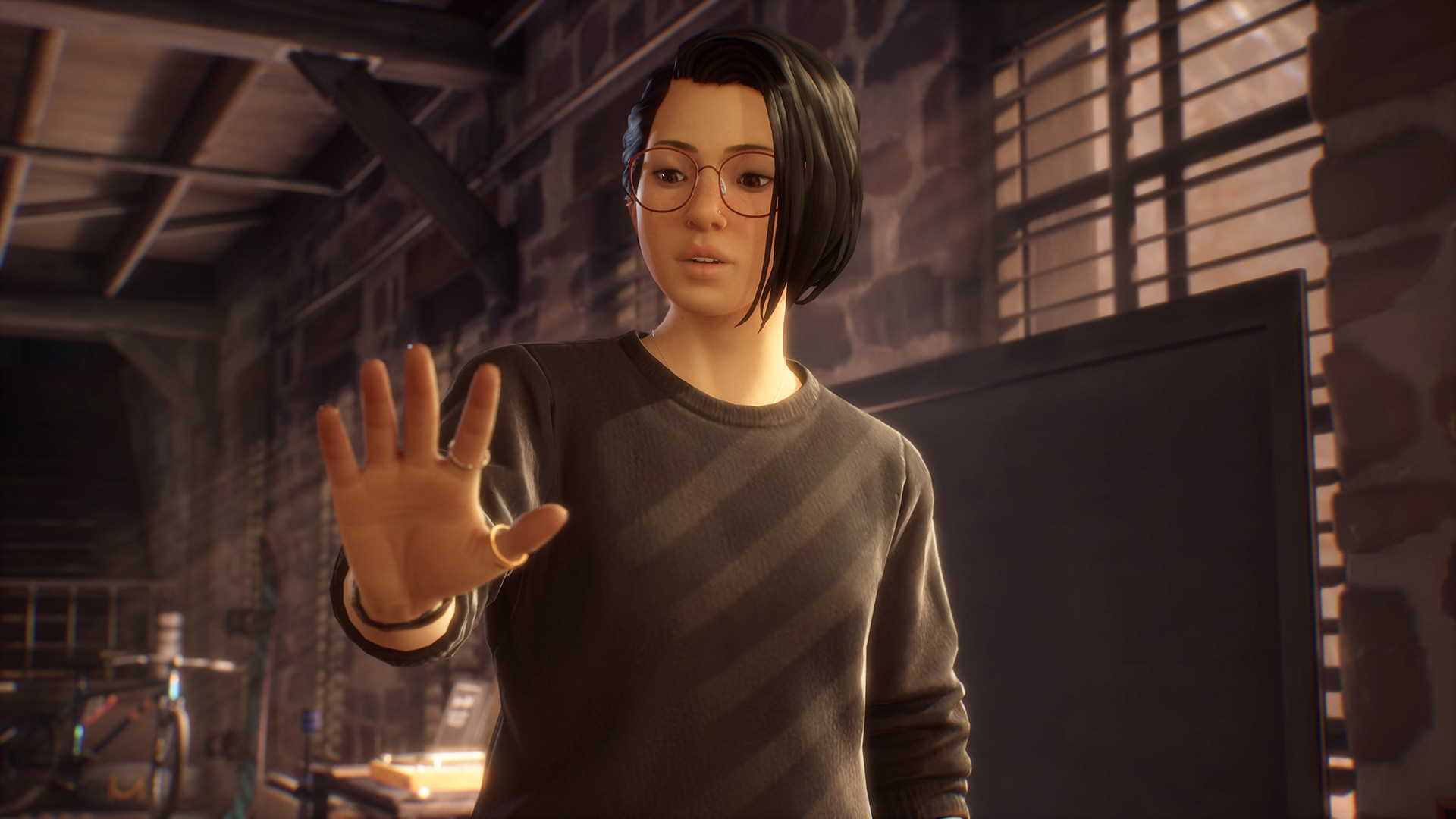 Well, this one is a surprise for me, right? After listening to our GOTY podcasts, you might wonder how this has happened. But I managed to squeeze an entire playthrough in, and I loved it. I don’t think it’s the best story by any stretch this year, but it has some wonderful characters. It’s jagged around the edges with sudden load screens that kill the immersion at times, but it’s so nice and pleasant to play.  It was an extra special surprise to see one of the previous characters from Life is Strange back in True Colors as a mainstay, and the relationships are believable and interesting. It looks great, too, and has a killer soundtrack. It’s possibly even brought me back to a genre I thought was long behind me. 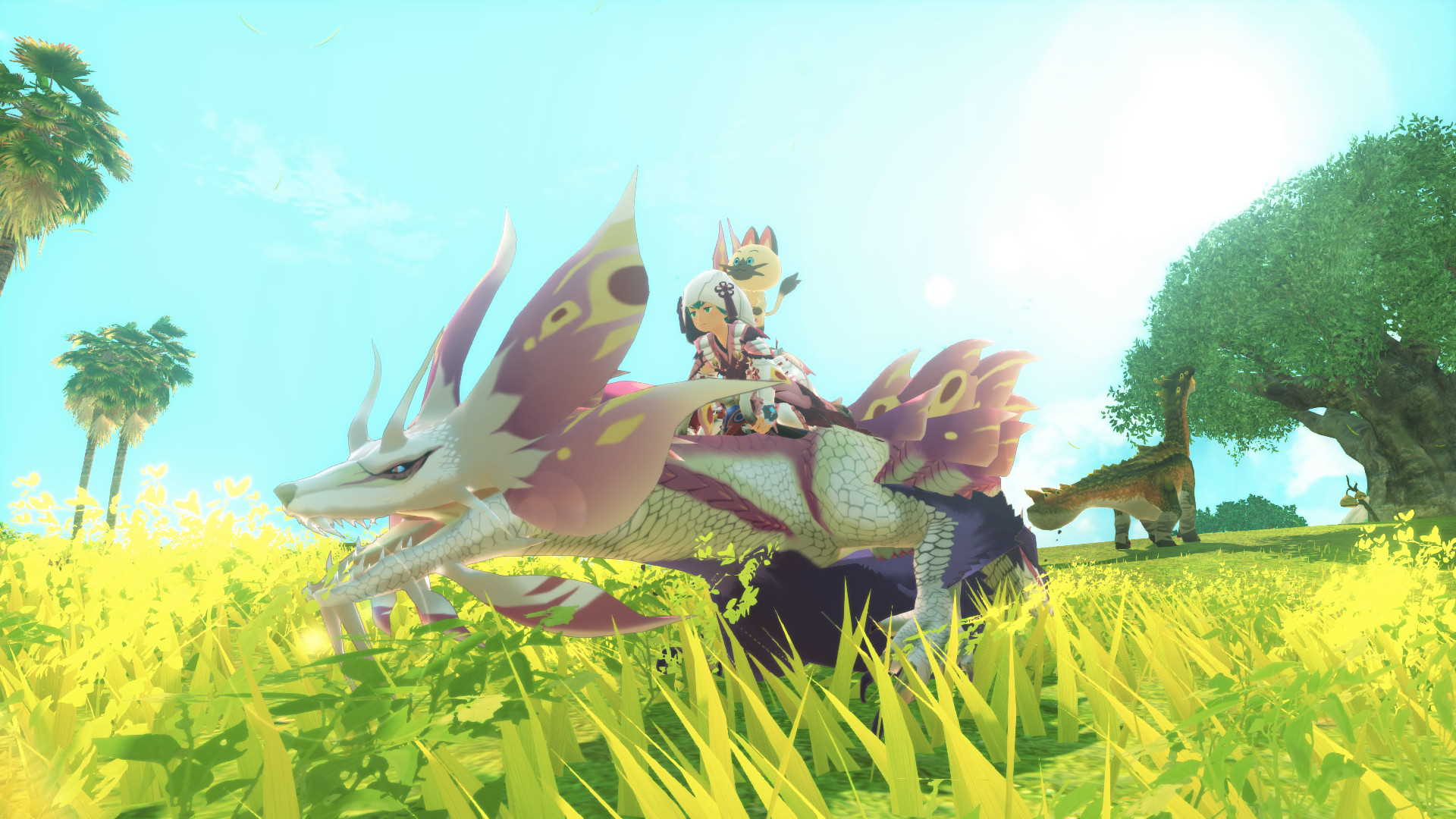 The best Pokemon game that Game Freak never made. I didn’t play the first title in the Stories spinoff series, but this is a Pokemon game in all but name. It has addictive collection mechanics, that pure “gotta catch ’em all” is on fire here. But more than that, this has one of the best turn-based JRPG combat systems in bloody ages. It’s moreish, and while the story is generic, the combat encounters were a constant surprise and made me want to keep going. I liked Rise, but this is the best Monster Hunter game that Capcom has put out, for me. 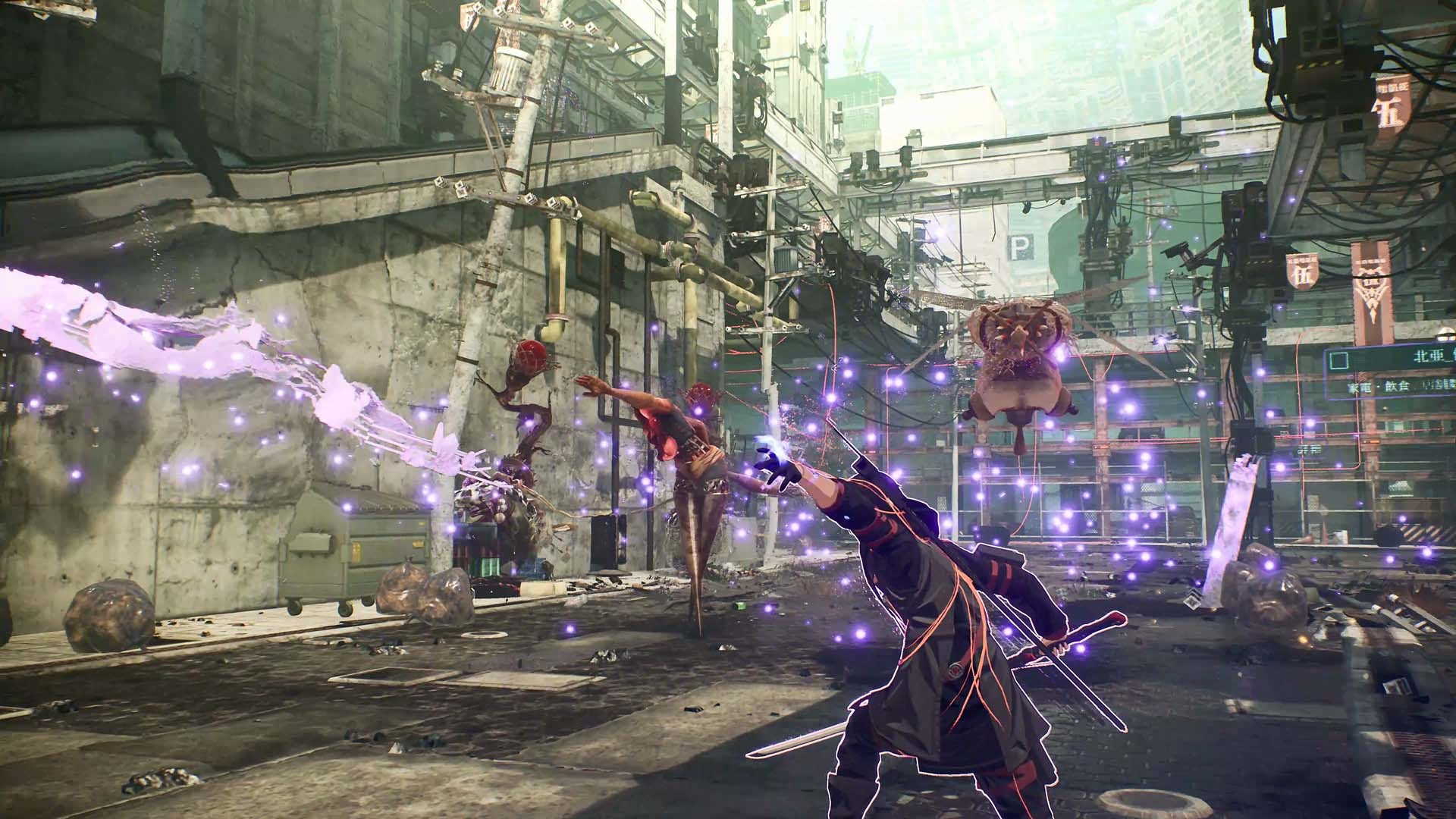 Few will remember this, but once upon a time a game came out called Psi-Ops: The Mindgate Conspiracy. Back in 2004, the combat there felt revolutionary, and like an idea that a thousand developers would borrow for their own title. But nobody seemed to. Why? I’ll never know. But Scarlet Nexus is a full on anime-story with combat to die for. Launching the environment at enemies via psycho-kinetic powers? What’s not to love? Throw in the fact you have two full stories that are different to one another and this is a massive game that you get more than your money’s worth out of. Glorious.

Speaking of glorious, Knockout City was the first sign I was maybe back into multiplayer for 2021. It’s a shooter, really: not a dodgeball game. A debut from Velan Studios in terms of new IP, but one that just came at the perfect time. It felt, and still feels, different to almost every other multiplayer game out there. It’s a game I’m surprised constantly at, especially that it’s published by EA, was free to try, and even came to game pass. Please play this game. Having interviewed the developers, this is a labour of love, and it’s so, so fun to play.

If Knockout City made me think I was back into multiplayer, Halo Infinite cemented it. Incredible combat in both the single and multiplayer components, gameplay that rewards skill and playing the objective: yes please. The campaign gives you that grappleshot which is just fun from the moment you first use it, until you hang up the controller and watch the credits roll. It doesn’t quite stick the landing, and has the issue that every power or ability after the grapple isn’t even close to as useful, fun, or frankly, good. But even then, if you can teach me a skill in minute one that I still enjoy using in hour 13, I’m a happy boy.

I have never liked a “Tales of” game before. I’ve tried, lord knows I have tried. They always look nice, and have all the JRPG stuff I usually am so in love with, but the combat just never did it for me. Tales of Arise is a ridiculous game. It’s a huge risk and it pays off in spades for Bandai Namco. The combat is more like Devil May Cry than it is Tales of Anything. Combos, movesets, and the fact you can play the entire game as whichever of your party — all of whom have WILDLY different combat mechanics — is just… mind blowing. Tales of Arise is a triumph in a similar way Halo Infinite is: it’s brave of a developer to take a phenomenally popular series and alter it, but it pays off. Bravo.

I don’t want to get too down into the weeds on things here, but Pyschonauts 2 is a wonderful game because of the lessons it teaches, and the motifs involved. It’s all about mental health, all told, and I alluded to it at the top of this article: I’ve had a lot of rough times this year. I wrote about how the game deals with mental health in a tender and respectful way for NME, and I urge you to read that. Aside from all that, it plays like a sequel to a ten year old game should. Improvements everywhere, brilliant design, great audio and visuals. I love this game, and am so glad it finally came out.

I’ll make no secret of being a fan of the genre, but Metroid Dread is an absolutely marvelous example of why its beloved. Fast moving, both classical in how you get powers, but also developer MercurySteam varied up the order of powers for the first time. On top of that, the story gets wild at the end, with Nintendo allowing a third-party to write a tale that has massive ramifications for the entire series. The perfect length, the best feeling, amazing design work, and we didn’t even know it existed until halfway through the year. Awesome. 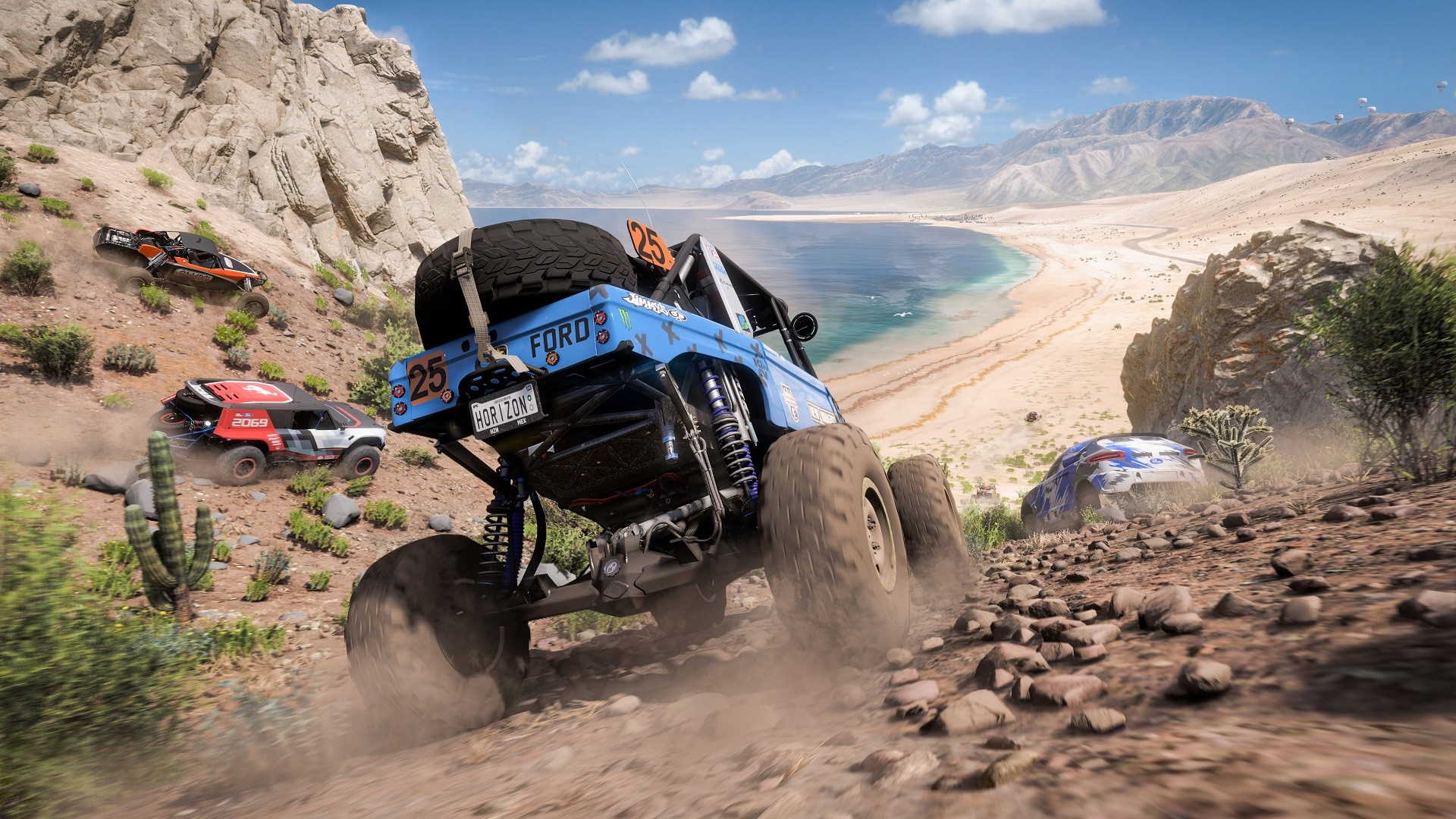 It always makes me laugh when people say “but it’s just a driving game”. We can all be reductive sometimes, it’s never personal and it’s just the easiest way to use the language we’re given. But Forza Horizon 5’s language is simple, and one word: it’s the language of “fun”. It asks nothing of you other than to have a good time. Want to drive endlessly around Mexico doing nothing but listening to the radio? Cool. Not up for racing, and instead want to smash through everything in sight or break through speed barriers? Also cool. How about massive jumps, every discipline of race you could want, multiplayer that is fun even including a battle royale? Forza Horizon 5 is an astonishing achievement that is as perfect a racing game as I’ve ever played. Even after pouring over a day of my life into it, I’m not done with it. It’s just a racing game? Cool.

This game should not exist. It’s the feeling I’ve had ever since I finished playing it the third time. I played with Chris White for preview, then review. Then I played it through with Chris Hyde, and Adam Carroll. I almost felt jealous hearing Lyle and Mick were playing it without me. This game is a truly, truly special experience. It’s up there with Super Mario Odyssey, and honestly, if I had to pick between them… well, I don’t know how I could do that.

Every single level has a new mechanic. That mechanic is never used again. How did this happen? Also, how was it allowed to happen? How did EA let a developer do that? Every mechanic IN each level could be a full indie game of its own making. This game should not exist. I remember being at the preview event for this one, and Josef Fares explaining he wanted “no shiny shit” (collectibles) and that his inspiration was a Nintendo platformer. It shows. There was that story as well where he offered to pay people who didn’t like that game. Honestly, I get why he was that confident. It Takes Two is a masterpiece. Against all odds, it exists, is brilliant, and to be completely frank with you, it’s been top of my list from the moment I first played it. 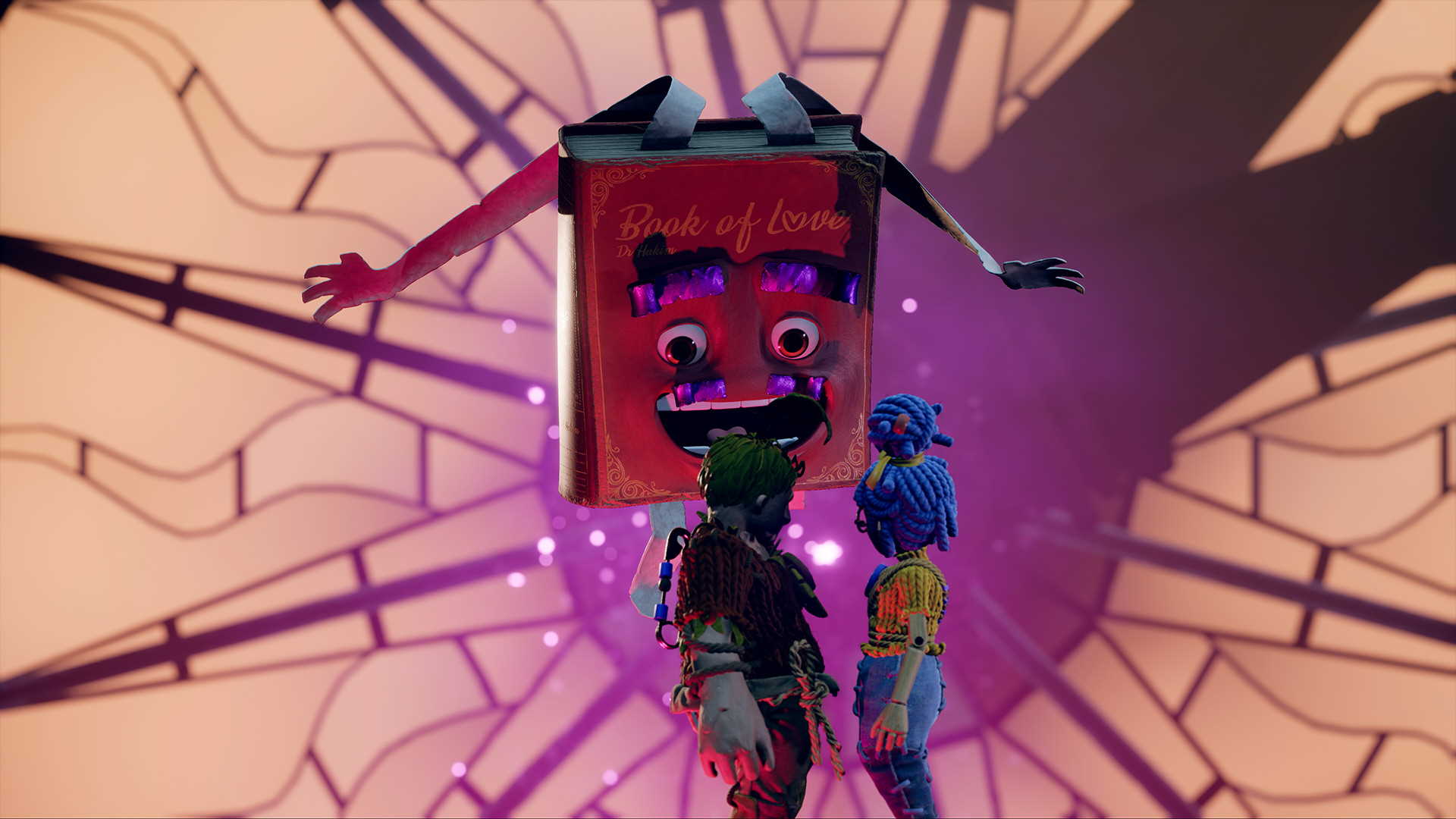 If you’ve made it this far, well done. I just wanted to add a small note of thanks on the last piece of content on the site for 2021. I cannot ever express how much gratitude I have to the people who support us via Patreon, a Twitter share, or just the odd watch, read, or listen. You’ve changed my life in a way I never thought imaginable. So, fuck it, trite but true, I wanted to say thank you, and I hope whatever your 2021 brought you, next year is better, and brilliant. Much love.

A Week in Gaming With Adam Cook