previous
GOTY 2021 Podcast Day Five: Most Anticipated, Top 10 Games of the Year
random
next
Game of the Year: The Top Ten Games of 2021
0 comments 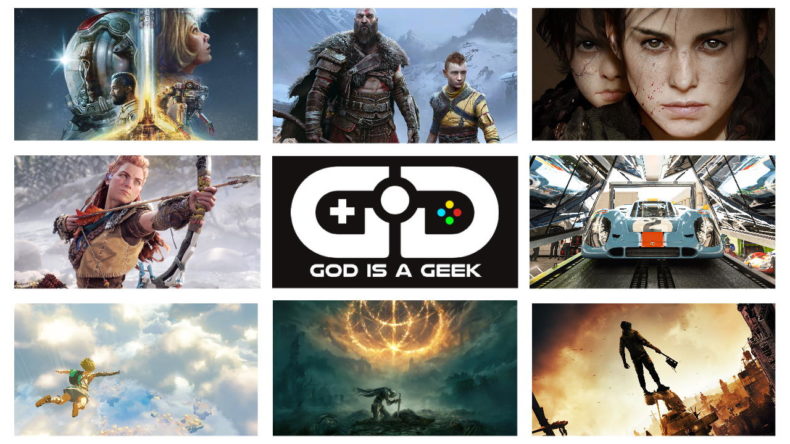 This year has been a roller coaster when it comes to games, but the most anticipated games of 2022 list was brutal for us to rank. We did our deliberations live to tape, so to speak, and we started with a shortlist of 39 games. Yes, you read that right: 39 games for 2022 that were confirmed either with a release date or as “definitely coming in 2022”.

In many ways, we’ve been burned by our looks towards the future. We almost renamed this award the “Dying Light 2’s most anticipated games of 2022 award”. That might seem harsh, but in past years we’ve voted for that game, and other games, which have been delayed. There’s one game on this list I personally think might not hit 2022, but I’ll leave that to you to guess. For now, here’s our list of most anticipated games of 2022. See if you can spot a theme, why not? Oh and check out all the other holiday Game of the Year 2021 content, here.

Given that we awarded the first game from this series our Game of the Year award in 2019, it’s perhaps not a surprise that it’s in our top five most wanted for next year.  Due out in 2022, with no specific month yet, here’s the official word on what the sequel will bring to PC, and new-generation consoles: “Embark on a heartrending journey into a brutal, breathtaking world, and discover the cost of saving those you love in a desperate struggle for survival. Strike from the shadows or unleash hell with a variety of weapons, tools and unearthly powers”.

Given that this is a brand new experience from one of the team’s favourite developers (FromSoftware), again, this is perhaps not a shock to see it in the top five most wanted for 2022. We’ve had a chance to play it and loved what we’ve seen thus far. Somehow Bloodborne didn’t top our list back in 2015, so perhaps 2022 might be the year a From-game does it. It’s up against some stiff competition, mind you.

I’ll blame Zelda for why I played Horizon Zero Dawn so late in the year. But I fell in love with it. So much so that when the game finally came to PC, I jumped at the chance to right my wrongs and stick a big old 9.5/10 score on it. We know the sequel will be expansive and offer new skills and ways to play. Honestly, there’s nobody who wants to play this more than me, but I think most of the team feel the same way, and can’t wait to see Aloy’s first PlayStation 5 adventure.

2. The Sequel to Breath of the Wild

Look, the last trailer release said it’s coming in 2022, okay? Will it make next year? We’ve included it because we believe Nintendo on this one. Who knows what it’ll be… we don’t even know what it’s called yet! But regardless, this game was only beaten to Game of the Year in 2017 because Super Mario Odyssey also came out. What a year that was, right?

It may have won Game of the Year 2018 for us at a canter, but God of War (2018) is a game myself and few of the team feel is without peers. We media types like to use terms like “masterpiece” pretty regularly, but I still think about God of War and how I wish I hadn’t platinumed it so I had reason to go back.  The PC version is out next year, and that’s enough excuse for me to play it again.

Editor-in-Chief.
MORE LIKE THIS
A Plague Tale: RequiemBreath of the WildElden Ringgame of the year