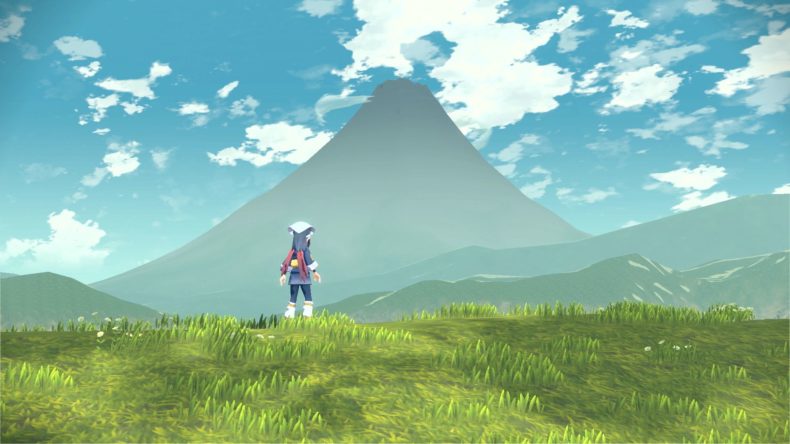 We are full steam ahead on the Pokemon game hype train, and a new Pokemon Legends: Arceus Hisui region video is here to fuel the engine. Showing off some gorgeous environments and plenty of your favourite pocket pals, it’ll get the juices flowing of any Pokemon fan. It’s only a minute long, so you should probably just click play below now.

“Get ready for a new kind of grand, Pokémon adventure in Pokémon™ Legends: Arceus, a brand-new game from Game Freak that blends action and exploration with the RPG roots of the Pokémon series. Embark on survey missions in the ancient Hisui region. Explore natural expanses to catch wild Pokémon by learning their behavior, sneaking up, and throwing a well-aimed Poké Ball™. You can also toss the Poké Ball containing your ally Pokémon near a wild Pokémon to seamlessly enter battle.

Your adventure takes place in the expansive natural majesty of the Hisui region, where you are tasked with studying Pokémon to complete the region’s first Pokédex. Mount Coronet rises from the center, surrounded on all sides by areas with distinct environments. In this era—long before the events of the Pokémon Brilliant Diamond and Pokémon Shining Pearl games—you can find newly discovered Pokémon like Wyrdeer, an evolution of Stantler, and new regional forms like Hisuian Growlithe, Hisuian Zorua, and Hisuian Zoroark! Along the way, uncover the mystery surrounding the Mythical Pokémon known as Arceus.”

It still hasn’t quite sunk in that we are getting one of the most exciting new Pokemon games in series history this month. In only a couple of weeks time we’ll be throwing Pokeballs and investigating the origin story of a beloved franchise. I can’t wait to dive into the Pokemon Legends: Arceus Hisui region, and catch all of the cute critters it has to offer.