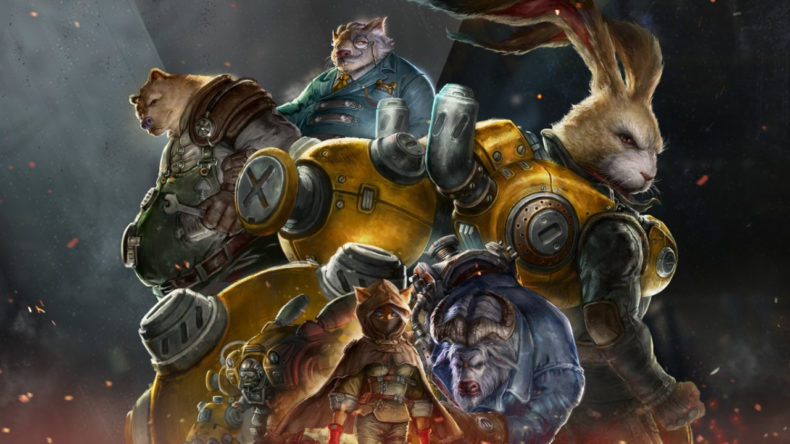 F.I.S.T.: Forged In Shadow Torch, the MetroidVania that our critic really enjoyed (despite the name) is coming to Nintendo Switch next month.

The 2.5 “dieselpunk Metroidvania” will be coming to everyone’s favourite handheld console on July 12th and will cost you $29.99 or €29.99, and it’s even available to pre-order from the eShop at midnight tonight with a 10% discount.

In our review, Mick said: “For a game making such little noise, F.I.S.T: Forged in Shadow Torch is an absolute blast. The world is stunning at times, the backstory deep enough to make the plot compelling, and the characters are fun and likeable if not overly original. Its exciting, brutal combat, and rewarding exploration set it apart from many of its genre-mates though, and make it utterly worth your time”.

On Switch, of course, the game won’t look or run quite as well as it did on PS5. The developer tells us that it’ll run at 1080p with 30fps when you dock it (playing on TV), while in handheld mode it’ll retain the 30fps but drop to a resolution of 720p, which is pretty fair, all things told.

On the port, the developer explained: “Powered by Unreal Engine 4 with physically-based rendering and extremely-detailed textures, presenting a gorgeous 3D visual performance and pushing the genre to a whole new level on Nintendo Switch”.

The game will launch on Switch on July 12th, it’s out now on PC and PlayStation.

Editor-in-Chief.
MORE LIKE THIS
BiliBiliF.I.S.T: Forged in Shadow Torchnintendonintendo switch