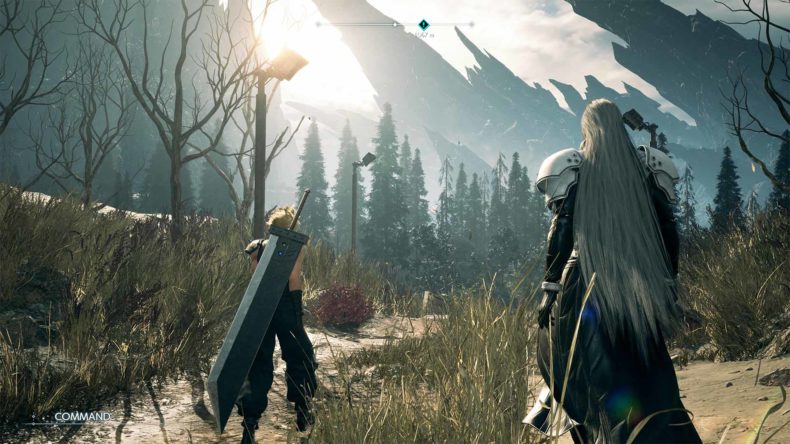 First up, then the big hitter: Final Fantasy VII Rebirth, which is the sequel to Final Fantasy VII Remake. At the broadcast it was not only confirmed that the second part would be coming in 2023, but that the entire remake series of Final Fantasy VII would actually be a three part series. The blurred out logo of the third game was also revealed, with no name, but you can be it’ll be “Re” something.

Curiously, the trailer suggests (to me at least) that the “remake” portion may well be over, and that part two (Final Fantasy VII Rebirth) might be a “part two” rather than a “sequel”, if that makes sense. By the end of Remake the story had already started to warp, and I get the feeling that’s going to happen a lot more with Rebirth. According to the trailer at least, it appears that Rebirth will again launch as an exclusive to Sony, and be PS5 only.

Prior to the big announcement above, Square Enix actually also revealed the ridiculously titled “CRISIS CORE –FINAL FANTASY VII– REUNION”, which is a remaster of the 2007 PSP game that you either loved or hated. This one is coming to PS4, PS5, Switch, PC via Steam, and Xbox consoles this Winter.

Again, worth noting Square Enix calls it a “true remaster”, rather than a remake. Good times ahead for fans of the series, with Final Fantasy XVI also apparently nearly done, as well.