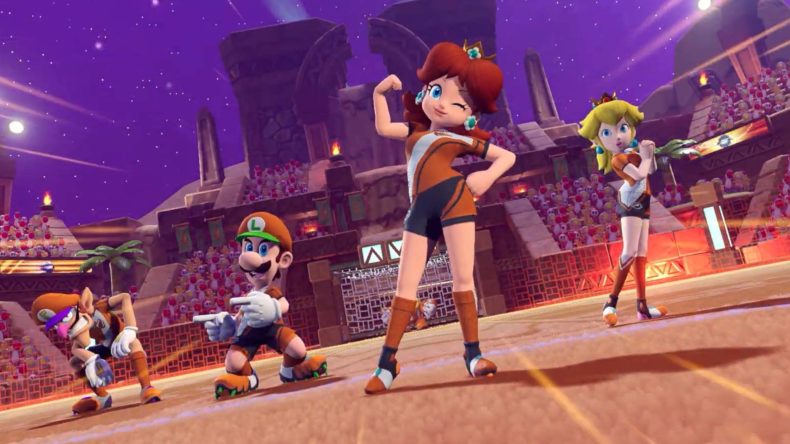 After much fan outcry over the lack of inclusion of particular characters, Nintendo has listened, and the first new playable character coming to Mario Strikers: Battle League Football is Daisy.

Daisy is a “technique” style player, who is also good at passing and strength, and lacks shooting and passing abilities, so you’ll need to use gear to top those stats up. Due to her stats, Nintendo says she’s hard to knock down, which sounds like she’s going to get picked a lot in online play.

Daisy is hitting in the first free update on July 21st, and she’s not the only character coming, as Shy Guy is also being added. Shy Guy is an all-rounder, and Nintendo says the gear choices here are key. All five stats seem to be around the mid-way/half-way point for Shy Guy, so it’ll be interesting to see how much he gets picked in Battle League Football.

Elsewhere in the Mario Strikers: Battle League Football free July 21st update, there is near gear in the form of the “Knight” set. This will increase strength and shooting, meaning the likes of Bowser can max out his shooting stat.

There’s also a new stadium in, Desert Run, with three variants. Chris White reviewed the game for us, giving it an 8/10, saying it “provides some great action and plenty of opportunities when on the attack. Defending is also hugely satisfying, and the balance of skills among the roster adds an air of strategy in every game. Although there’re few modes at present, it’s online presence is likely where it’ll thrive. I thoroughly enjoyed playing with others as opposed to on my own, but I’m still not sure just how much longevity it has at this point. Regardless, that familiar Mario charm is ever-present, and if you’re after a new multiplayer that opts for fun over frustration, you won’t go far wrong with this one”.