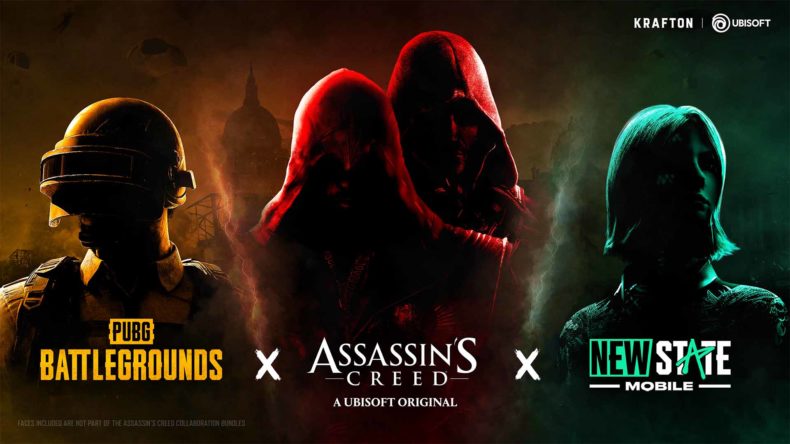 It’s not the most obvious of crossovers, but PUBG: Battlegrounds is getting some Assassin’s Creed events, cosmetics, and world elements in August.

Announced by publisher KRAFTON on August 28th, this is part of a multi-game partnership between the publisher and Ubisoft, bringing Assassin’s Cred to PUBG: Battlegrounds, but also New State Mobile.

Dress For The Job: Throughout the Assassin’s Creed collaboration, PUBG: BATTLEGROUNDS players will have the chance to earn themed cosmetic rewards, including:

Abstergo Industries Infiltrate Haven: For a limited time during the Assassin’s Creed collaboration, players will be able to discover a variety of themed resources and props on the Haven map. Abstergo Industries has taken over one of the map’s main buildings, complete with a hidden Animus machine and strategically placed “Leap of Faith” ledges on the building’s rooftop.

If It Looks Like An Assassin or Templar…: During the collaboration, players can obtain over 30 unique Assassin’s Creed-themed costumes, weapon skins, and items through limited-time events and collaboration crates, including:

Rewards From The Brotherhood: Players who log into NEW STATE MOBILE during the collaboration event will receive daily log-in rewards. Players can obtain more rewards by completing story missions to find out the truth behind the rumored presence of Templars and Assassins in Erangel and Troi. Stay tuned for more info!