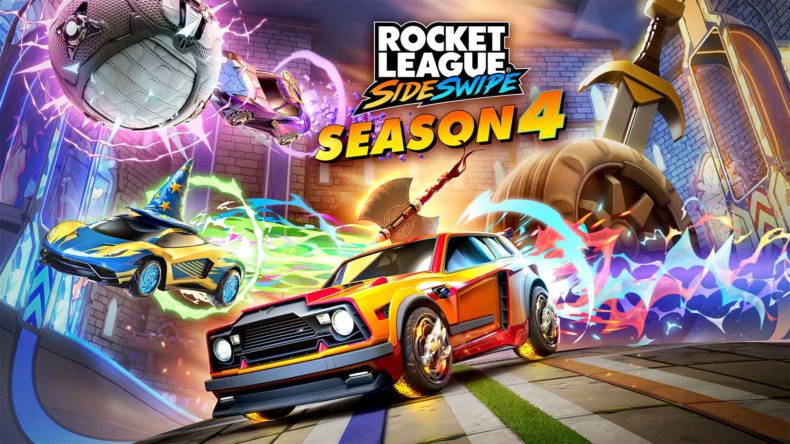 Psyonix has announced that Rocket League Sideswipe season 4 is now live, as well as a Rocket League crossover event, all live right now.

Sideswipe Season 4 will include:

Mutator Madness: Mutator Madness is a new casual game mode that alters the rules of a match using random mutators. At the end of each match players will vote on if they enjoyed that match’s mutator settings. Based upon player votes, the possible set of mutators will be reduced day by day until a winning combination is set on Friday. The winning mutator settings for that week will be playable through the upcoming weekend with a double XP boost.

Additional Updates: Season 3 Rewards, which are Avatars and Titles, will be given out following Season 4’s launch, for the highest rank the player achieved during the season. In addition, Daily Challenges will be introduced, Ranked 2v2 Hoops will return, and a new free Rocket Pass will be available.

You can read the full release over on the official blog.