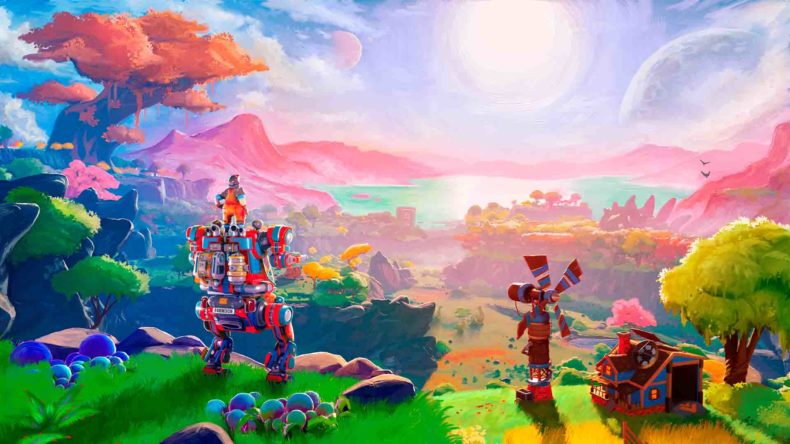 Lightyear Frontier is looking pretty interesting, and thanks to Gamescom, we’ve now got some shiny new footage showing it off even more.

Lightyear Frontier is a peaceful farming adventure on a planet at the far edge of the galaxy. Start your new home on a distant planet with up to three friends as you farm alien crops, build your own homestead, and explore the untamed wilderness of the world.

We previewed the game before “E3” this year, and it seems like it’s going to be something we’re into at GodisaGeek, with a mix of farming and storage being right up our street. After seeing it in action, Lyle said: “Lightyear Frontier has all the makings of a fantastic co-op game, with elements of crafting, survival and farming all while riding around in a massive metal robot. I can’t wait to explore the alien world and find out more about the mysterious narrative next year, and who knows – we may even end up talking about it in the Best Multiplayer category of the GOTY podcasts in 2023”.

The trailer above is actually the very first gameplay preview video, and offers only a sneak peak, but it’s enough to whet the whistle for me, as it looks like I’ll be losing hours to this one.

Lightyear Frontier is coming to Xbox and PC in Spring 2023, and will be available day one via Game Pass.