previous
Text Express: Word Adventure is a crossword puzzle game "unlike any other"
random
next
High on Life pushed back to December
0 comments 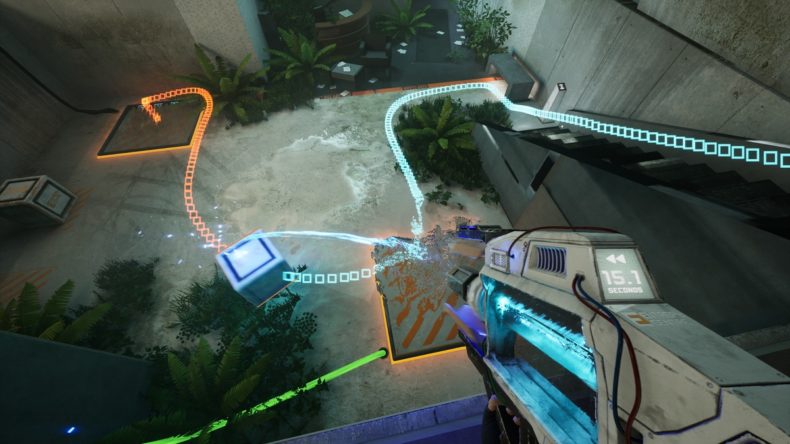 Playstack and Stubby Games have today revealed a nice chunk of gameplay from their new mind-bending adventure game, The Entropy Centre. The footage shows off how some of the time-manipulation works during puzzles, along with the relationship the protagonist Aria has with her “trusty talking entropy weapon,” ASTRA.

The Entropy Centre will task players across PC, PlayStation 5, PlayStation 4, Xbox Series X|S, Xbox One, and PC to think outside the box as far as solving puzzles goes, forcing them to think in reverse and overcome seemingly impossible obstacles. The story follows Aria as she wakes up inside of a gargantuan space station known as The Entropy Centre, currently orbiting Earth. With an extinction-level event about to destroy her home planet and the humans living there, she must work together with her talking weapon known as ASTRA to fix the crumbling space station from collapse.

ASTRA can move objects backwards in time, such as broken bridges and destroyed pathways, as well as solving “ingeniously complex” puzzles to venture towards the core of the space station in the hopes of survival to find a way home. To get a taste of what to expect and watch just how The Entropy Centre makes use of the time-bending mechanics, you can check out the 5-minute gameplay below:

Video games are cool. Don't let anybody tell you any different.
MORE LIKE THIS
GameplayplaystackStubby GamesThe Entropy Centre