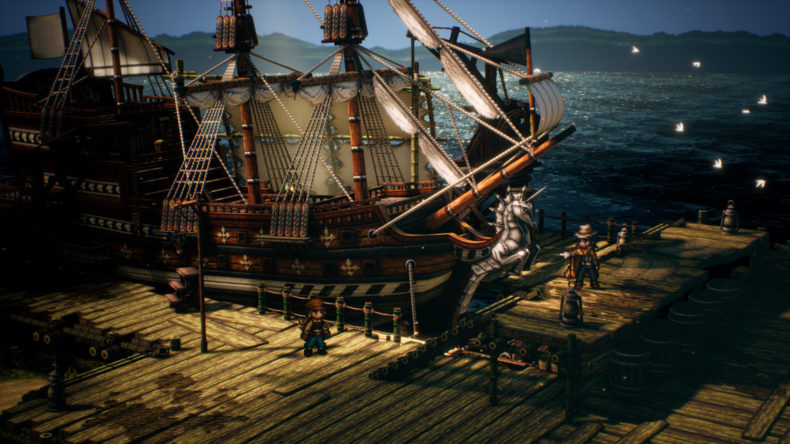 A sequel to the hugely popular Octopath Traveler has been announced, coming to PS5, PS4, Nintendo Switch, and PC on February 24, 2023. Octopath Traveler II will take place in the fictional world of Solistia, “a land comprising an eastern and western continent divided by the sea.” Large shipping vessels navigate busy sea routes, with the power of steam providing new technologies to the bustling city. The signature visuals return, with HD-2D graphics, retro pixel art, and 3DCG, looking even better than in its predecessor.

Octopath Traveler II will feature eight new travelers hailing from different regions, all with their own origins, motivations, and unique skills, with players exploring the land, uncovering their stories, and using unique talents to aid them along their journey. They’ll all have a set of Path Actions to battle townspeople, obtain items, take others along on their travels, and more. Returning features like the freedom to develop jobs and skills, and the Break and Boost system, will all return for the sequel. New mechanics are also set to feature.

It’s been four years since the original released, but we gave it a solid 8.5, saying, “Octopath Traveler has brought to mind some of my fondest memories of games like Final Fantasy V, Final Fantasy X, Bravely Default, and even a bit of what I played of Romancing SaGa 2. I don’t mention those names lightly and while this is a fantastic JRPG in its own right, it continues to resonate more and more with me as I see how some aspects of my favourite games have been sprinkled in to this game that feels like a love letter to the 16-bit JRPG era but built for the modern era. Octopath Traveler is not only an essential RPG but it is a fantastic reason to buy a Switch if you’ve been craving a meaty JRPG with one of the best soundtracks in gaming and a superb battle system.

Video games are cool. Don't let anybody tell you any different.
MORE LIKE THIS
nintendo switchPCPS4ps5