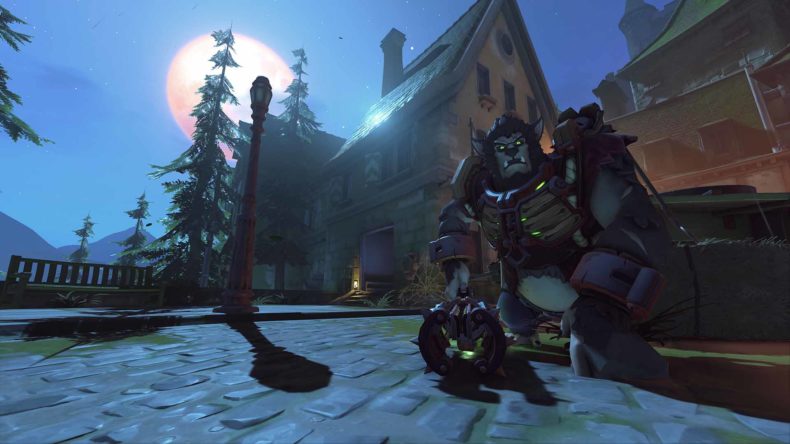 Blizzard has announced the Halloween Terror event for Overwatch 2 is now live, as players return to Adlersbrunn for an all-new story.

The full blurb on the Halloween themed event is as follows:

Complete challenges to unlock special rewards like the Nightfall Over Adlersbrunn Name Card, the Jack-o’-Lantern Weapon Charm, Battle Pass XP, and other spine-tingling rewards. Dr. Junkenstein himself will also be making a grand reappearance in the original Junkenstein’s Revenge co-op Brawl, returning for a limited time to Halloween Terror 2022.

There are more “spooky” themed rewards you can grab if you watch your favourite Twitch streamers starting right now up until November 1st at 11am PDT (7pm UK) as all channels that are streaming under the Overwatch 2 category will have the following drops:

So yeah, hope you like Winston, and you’ll also need to connect your Twitch account to your Blizzard one through Battle.net. The drops are available for players on all formats, too.

Blizzard says “We’re excited to expand on Junkenstein’s Revenge through Wrath of the Bride as well as spooky new skins and bundles that will be available in the shop and hero gallery. This is the first Halloween Terror event in Overwatch 2, and we look forward to sharing in all the fearsome festivities now through November 8″.

There’s a full “story” to go with the Halloween Terror event, which you can read below. It’s written by “The Lord of Adlersbrunn”.

Today, I note with great relief that the wounds Doctor Junkenstein left upon the town of Adlersbrunn have, at last, begun to heal. Our people know peace again, and once more do laughter and light fill the streets. News of our prosperity has spread afar, and travelers from all walks of life have come to partake of it. The chapter of misfortune, it seems, has finally come to a close.

But I must confess, the sleepless nights in the wake of the terrible encounters with Junkenstein have returned to plague me. As we near the anniversary of the mad doctor’s revenge, an unmistakable feeling of dread has taken hold of my heart. I try to dismiss these as omens born of an overactive imagination, and I cannot bring myself to trouble my advisors with such unfounded worries. I suppose it is the burden of a ruler to endure his fears with stoicism.

In any case, the preparations for our autumn festivals keep me busy enough to put the thoughts out of mind. Which reminds me, when the celebrations are through, I must ask one of the guards to look into the strange noises coming from the old quarters of the castle. I pray the rats have not made another nest!

Elsewhere, after the launch week went awry, Blizzard is holding a double match XP weekend from October 28-31, which still doesn’t seem quite enough since some players are still unable to use their account after the merge from the original game to the new one went wrong, and there seems to be no proper fix in sight for those players.

Overwatch 2 is out now, and free-to-play, on all formats.