previous
Blizzard is adding nodes for Overwatch 2 servers, but is "doing it slowly"
random
next
Desktop Dungeons: Rewind is both addictive and deep | Demo impressions
0 comments 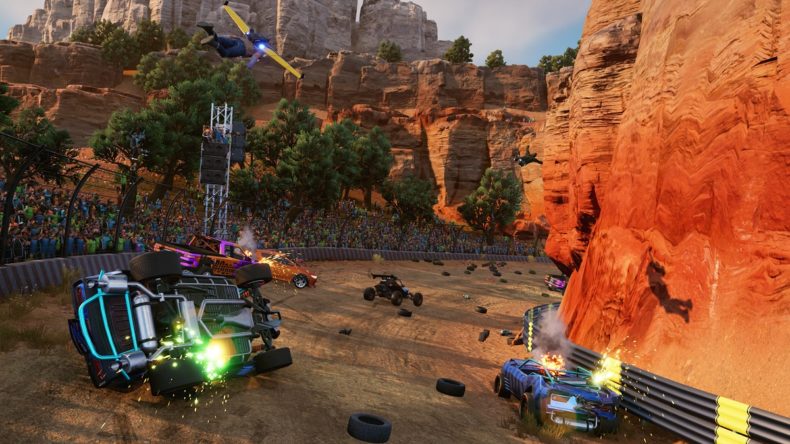 The concept for Stuntfest is pretty straightforward. Take part in various events spread across in-game days while trying to get as many points as possible to lift the trophy when the week is done. A simple enough idea, but when you’re in the thick of it, speeding across tracks or arenas trying not to crash or lose focus, there’s a lot of fun to be had. There’re also some cool mechanics that make each event enjoyable, but the longevity in the racer will be down to how the developers can keep players hooked as the months roll on after release.

The events themselves are tons of fun. I played through a few races around a track in my car filled with huge loops and speed boosts, moveable rams covered in spikes, and tight corners that begged for a five-car pile-up. I took part in a destruction derby-style event where I had to do as much damage as possible whilst avoiding any kind of damage myself. These events are intense enough, but with the eject mechanic that sees you leave your car and go flying through the air, a whole new level of gameplay features in every decision you make. 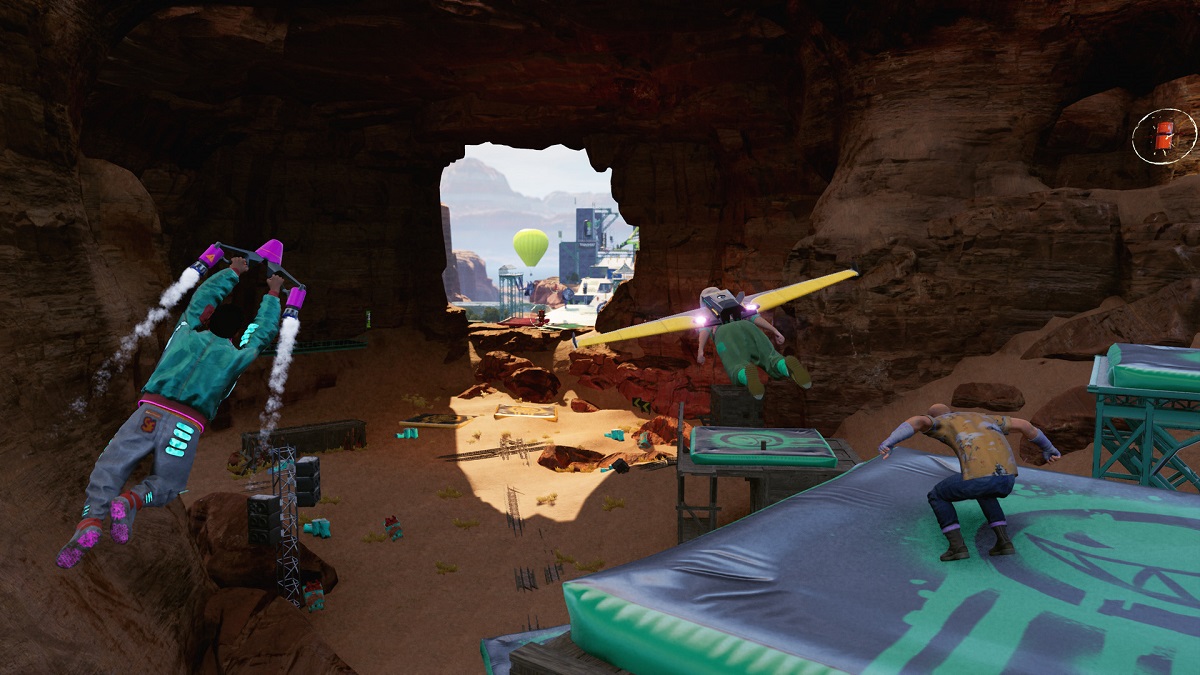 At certain parts during the race, I had to leave my car and fly through tight spots to hit objective markers, land on crash pads and reach areas my car couldn’t, and collect energy boosts that saw me get a little bit farther before pressing a button that had me return to the car when the track appeared once again. In one area, it took me so long to get used to it that I struggled to master just how to do everything. An added practice mode where you can try out the courses would be amazing, and I hope that is something we will see upon the full release.

Ejecting from your car plays a bigger role in some of the other events as well. One of which saw me race as fast as I could to avoid certain traps before ejecting at the final point to glide further forward and land into one of the various targets to gain points. The further I travelled, the higher score I’d receive, assuming I’d hit one of the targets, of course. You can press a button to keep you afloat a bit longer, but you’ll need to be sparing when using these as they don’t last forever. Again, it took a while to get used to this, but after a while I was having a lot of fun trying to get the best score possible. 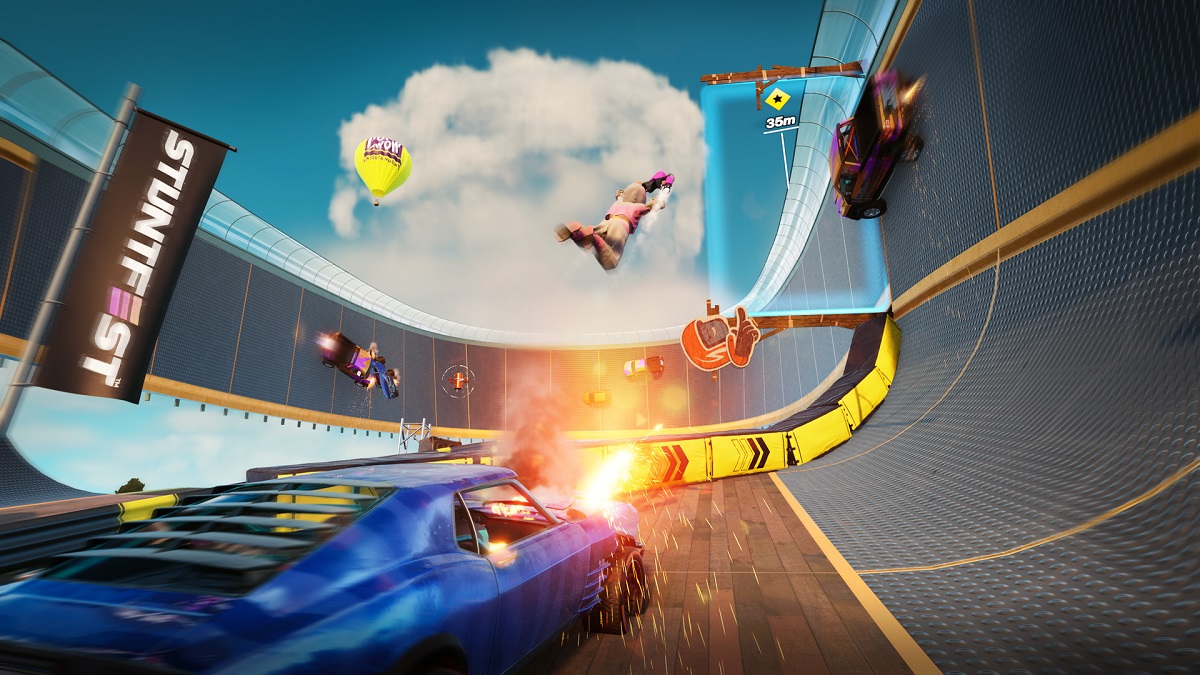 Some of the other events were as simple as leaving my car at the highest speed to fly through more objective markers to get the farthest distance. The sky was filled with energy boosts that kept me afloat for longer, but if you fail to grab them and lose your altitude, the likelihood of ending up in the water is a high possibility. Pow Wow Entertainment has a strong basis for a great multiplayer, and although I only saw a fraction of all the events on offer, I hope they are all as satisfying as the ones I saw. Despite some awkwardly designed tracks that left me frustrated with how to stay afloat and progress, the majority of the preview was spent with me wearing a big smile on my face.

The aim for Stuntfest is clear: have as much fun as possible. While you do have to manage fuel consumption while using jetpacks (yeah, there are jetpacks), know when the best time to eject is, watch out for all the hazards and other players, there’s heaps of enjoyment to be had throughout the various events. I’m looking forward to spend more time with it when the game releases, and if managed right, it has heaps of potential to keep players invested.

Video games are cool. Don't let anybody tell you any different.
MORE LIKE THIS
racer