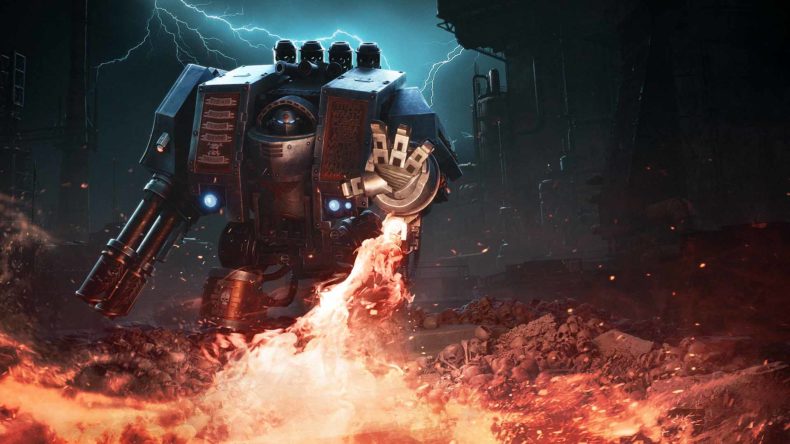 Frontier Developments has announced that Warhammer 40k: Chaos Gate – Daemonhunters – Duty Eternal is the latest expansion for the title, and is coming on December 6th for PC.

The Warhammer 40k DLC will cost $14.99/£12.99/€14.99 on the Steam Store and Epic Games Store, and will add new missions, a new class, and the Venerable Dreadnought combat walker, along with other changes.

The Technophage Outbreak is at the heart of Warhammer 40,000: Chaos Gate – Daemonhunters – Duty Eternal. With the arrival of this new strain of the Bloom, the Grey Knights are tasked with aiding the Adeptus Mechanicus in halting its spread across space. The new Technophage Outbreak mission variant is the most challenging in the game to date, remixing standard maps and objectives with higher reinforcement numbers, new Warp Surge conditions and tougher consequences for failure. The potential rewards, however, are also much greater.

Fortunately, commanders will have some extra firepower at their disposal to suppress the escalating Nurgle threat in Duty Eternal. The Venerable Dreadnought – an addition that’s frequently been requested by players since launch – will become available to commanders early in a new campaign. This combat walker becomes a playable fifth member of the Grey Knights squad during any Technophage Outbreak-themed mission that appears across the campaign. Like the other Grey Knights, Dreadnoughts can be customised with different unlockable weaponry to suit the player’s tactical needs.

Warhammer 40,000: Chaos Gate – Daemonhunters – Duty Eternal also brings a vastly different base class to the game: the Techmarine. This new addition to the Baleful Edict’s barracks is able to deploy and control a cadre of Combat Servitors, which join the Grey Knights on the battlefield as more expendable allies, each equipped with a specific ability that serves a distinct purpose in battle. The Techmarine can repair or augment Combat Servitors and the Venerable Dreadnought during a mission, offering a support role to the rest of the squad.

Frontier adds that “the new features in Duty Eternal also extend to the game’s strategic layer. Early on in the campaign, players who own this expansion will have the option to liberate and commandeer the Gladius Frigate, a second strike vessel which considerably extends the Grey Knights’ reach across the Tyrtaeus Sector. From aboard the Baleful Edict, commanders will deploy squads onto the Gladius Frigate then send the ship across space, facing the Bloom in locations the Edict cannot reach in time. These encounters will then resolve automatically off-screen with similar risks and rewards to completing a standard mission in the campaign”.